The truth about China as No. 2

If the country's gap between production and consumption continues to grow, the whole world will be in trouble 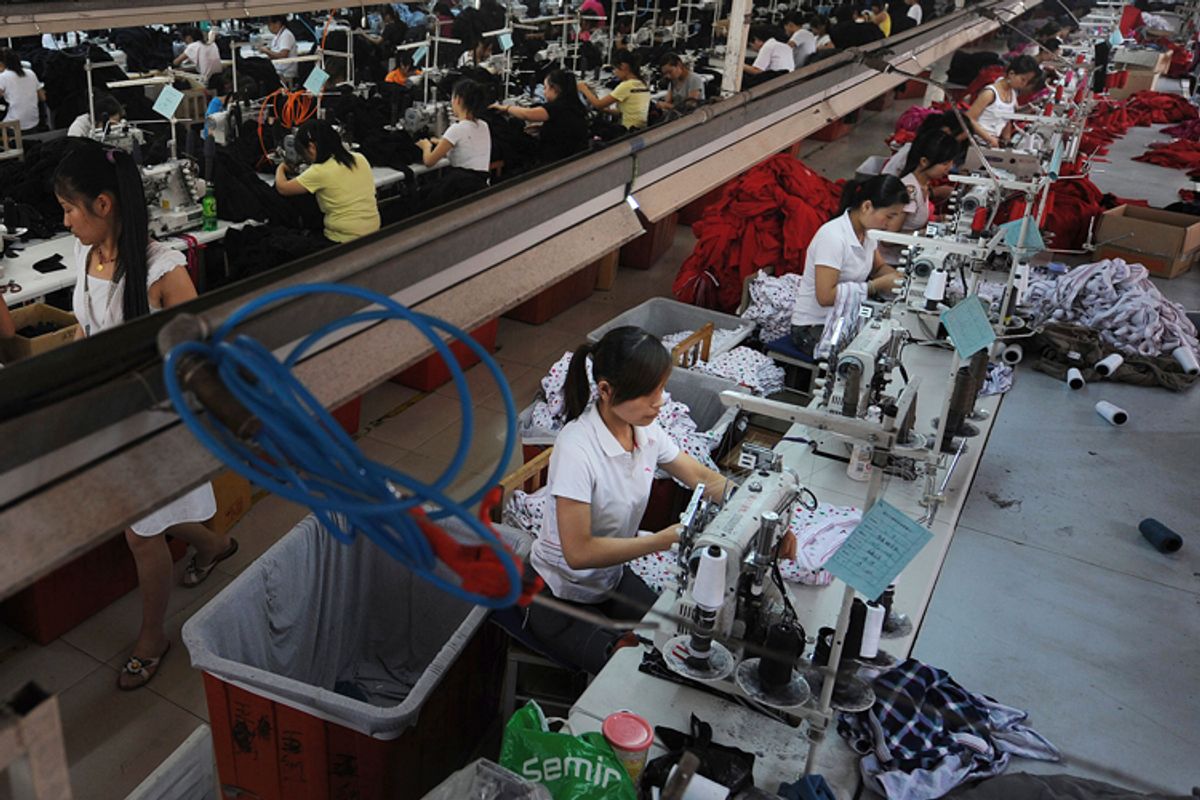 Employees work at a garment factory in Wuhu, Anhui province, on August 1.
--

It’s official. China is now No. 2. Its economy (measured in nominal GDP for the second quarter) is now bigger than Japan’s (according to numbers released today from the Japanese government). And at the rate it’s growing, China could be the world’s biggest economy in a little more than a decade (Goldman Sachs says by 2027, PricewaterhouseCoopers says by 2020).

Don’t be misled by these numbers. The important thing isn’t China’s ranking, nor the total value of China’s production, nor even the extraordinary speed by which China has reached No. 2.

What’s most important is the share of China’s production received and consumed by the Chinese themselves. The problem is it continues to drop.

Yes, Chinese employers are starting to respond to newfound demands of Chinese workers for higher wages. But Chinese wages are so meager relative to China’s productive capacity that it would take a tsunami of labor agitation to push pay up to where it should be.

China is now the world’s largest market for everything from cars to cellphones, but that’s not because these items are within easy reach of the average Chinese. It’s because, out of 1.3 billion people, a couple of hundred million can save enough to buy them.

Think of China as a giant production machine that’s growing 10 percent a year (this year, somewhat less). The machine sucks in more and more raw materials and components from the rest of world -- it’s now the world’s No. 1 buyer of iron ore and copper, and close to the No. 1 importer of crude oil -- and spews out a growing mountain of stuff, along with huge environmental problems.

But because the Chinese consume a smaller and smaller proportion of this stuff, it has to be exported to consumers elsewhere (Europe, North America, Japan) to keep the Chinese working. Much of the money China earns by selling it around the world is reinvested in factories, roads, trains and power plants that enlarge China’s capacity to produce far more. Another big portion is lent to or invested in the rest of the world (helping to finance America’s budget deficit at very low cost).

The answer is not simply more labor agitation in China or an upward revaluation of China’s currency relative to the dollar. The problem is bigger. All over the world, we’re witnessing a growing gap between production and consumption, while the environment continues to degrade. The Chinese machine is fast heading for a breakdown only because it’s growing fastest.