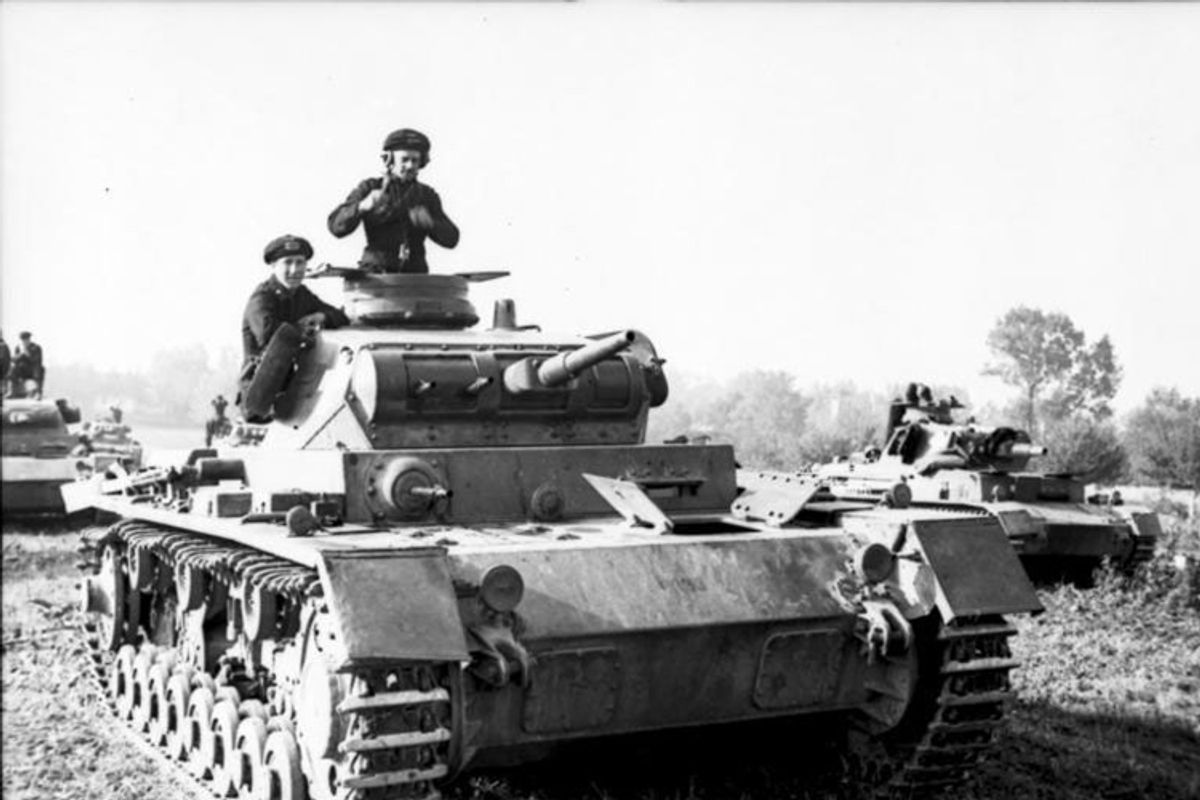 Steven Schwarzman is one of the richest men in America. The chairman and co-founder of the Blackstone Group, one of the largest private equity funds in the world, enjoys a net worth estimated at around $8 billion. It's fair to say that if key elements of the Obama tax agenda become reality, Schwarzman will be forking over a lot more money to the federal government.

Which naturally puts Schwarzman in the same position as a European country in the 1930s about to be overrun by panzer tanks.

According to Newsweek, Schwarzman saw fit to invoke the Third Reich while addressing board members of a nonprofit in July.

"It's a war," Schwarzman said of the struggle with the administration over increasing taxes on private-equity firms. "It's like when Hitler invaded Poland in 1939."

President Obama ought to have that quote framed and adorning a wall in the Oval Office. All those progressives who think he's too friendly to Wall Street? Wall Street demurs! The panzer divisions are stacked up right across the Hudson. The Luftwaffe is already strafing strategic investment banks.

The rhetoric is nonsense, of course -- yet another sign of how utterly divorced from reality Wall Street's elite continue to be. Quite aside from the fact that Schwarzman's blurt betrays an understanding of history as a kind of cartoon bludgeon whose use demeans the real suffering and horror of World War II, I think we can all agree, blitzkrieg is not exactly Obama's style.

Which is not to say he isn't above picking a fight with Wall Street, when it seems politically appropriate. On Saturday, in his weekly radio address, the president defended Social Security from the specter of privatization by declaring that the safety net should not be left vulnerable to "the whims of Wall Street traders."

"I'd have thought, after being reminded how quickly the stock market can tumble, after seeing the wealth people worked a lifetime to earn wiped out in a matter of days, that no one would want to place bets with Social Security on Wall Street -- that everyone would understand why we need to be prudent about investing the retirement money of tens of millions of Americans," he said.

I find it difficult to argue with that statement, but at the same time, it's not the kind of stirring call to arms likely to mobilize the people of the Fatherland into goose-stepping allegiance.

My one question, however: If Obama is Hitler, what does that make Elizabeth Warren? Goering? Goebbels?

My vote: The Desert Fox! Rommel!