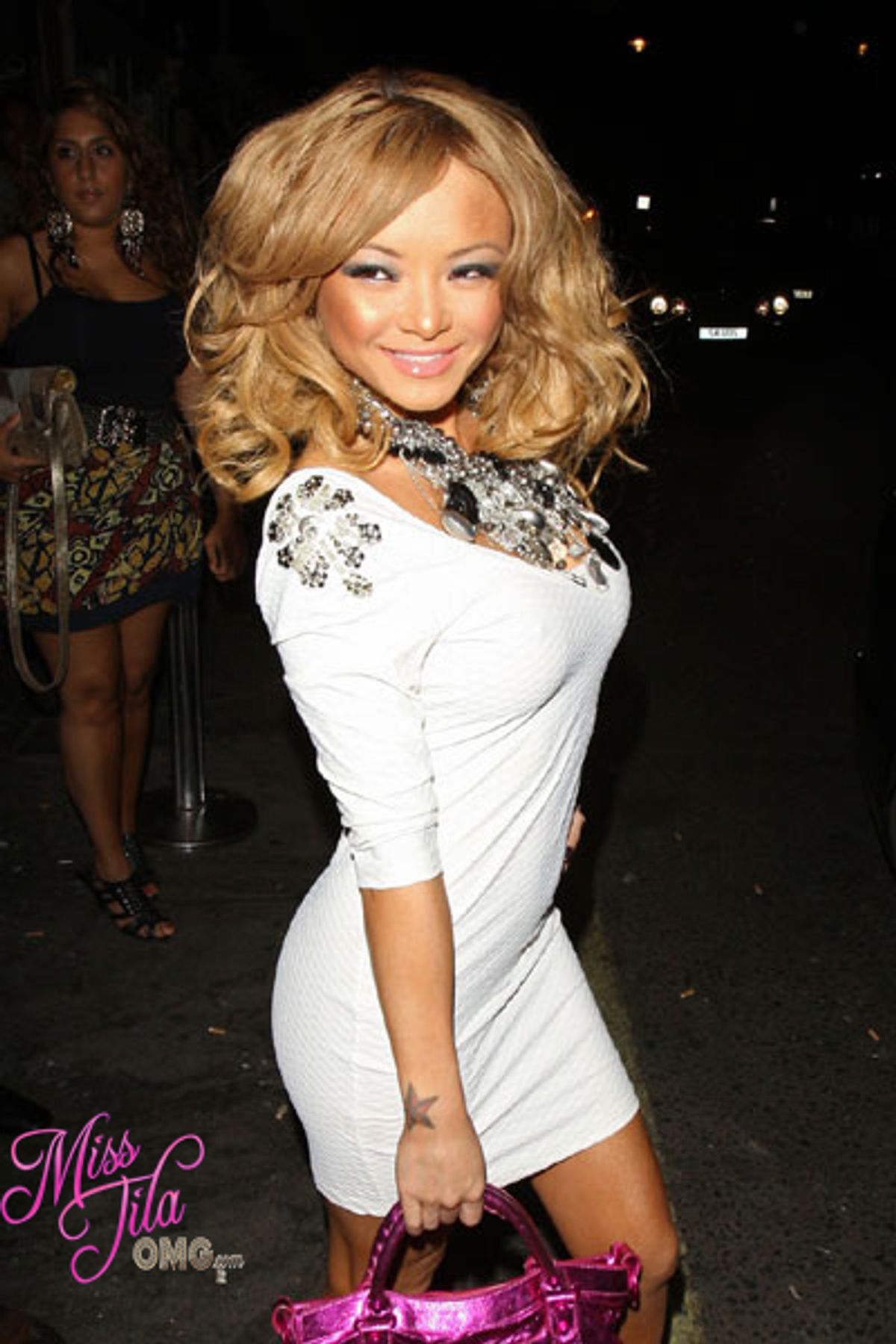 Reality TV actress and singer Tila Tequila was attacked Saturday by an angry crowd at the "Gathering of the Juggalos," a weekend festival in Hardin County, Ill., based around the band Insane Clown Posse. As Tequila, whose real name is Tila Nguyen, was set to debut her hip hop single "Ladies Night," the audience pelted Nguyen with large rocks, garbage, firecrackers and human feces from nearby port-o-potties.

The audience's hostile reaction was immediate, a witness said, and Nguyen could do nothing to appease them. "She was taunting them," he said. "She didn't know how to handle them. She didn't understand the dynamic."

In a last ditch effort to win the crowd, Nguyen bared her breasts. It didn't work -- the rocks and bottles only fly faster, harder and with more regularity.

A fellow performer said a mob of hundreds then chased Nguyen from the stage and surrounded her trailer and later her SUV, which sped off after its windows were smashed by debris.

The negative reaction to Nguyen isn't too shocking if you're familiar with Insane Clown Posse. Their music is exactly what you'd expect from a group of that name. Specializing in the hip hop sub-genre of "horrorcore," which is characterized by hardcore beats and horror movie themes, Insane Clown Posse's lyrics often deal with cannibalism, murder and necrophilia. Their dedicated following, known as Juggalos and Juggalettes, dress up as clowns and revel in the group's dark subject matter and harsh sounds -- generally the people least likely to enjoy songs by Tila Tequila, whose past tracks include "I Love U," "Blue Dress" and "I Love my DJ." What were the event planners thinking?

The OC Weekly provides a glossary of the events and a full eyewitness account.  TMZ obtained gruesome photos released by Nguyen, showing cuts on her cheek and eyebrow.  Worst yet, the attack, according to S.F. Gate, may have been planned.

Here's a short video of the incident on stage: