Brett Favre is in Minnesota, is expected to rejoin Vikings

Three-time MVP quarterback is in the building, but continues to tease the masses 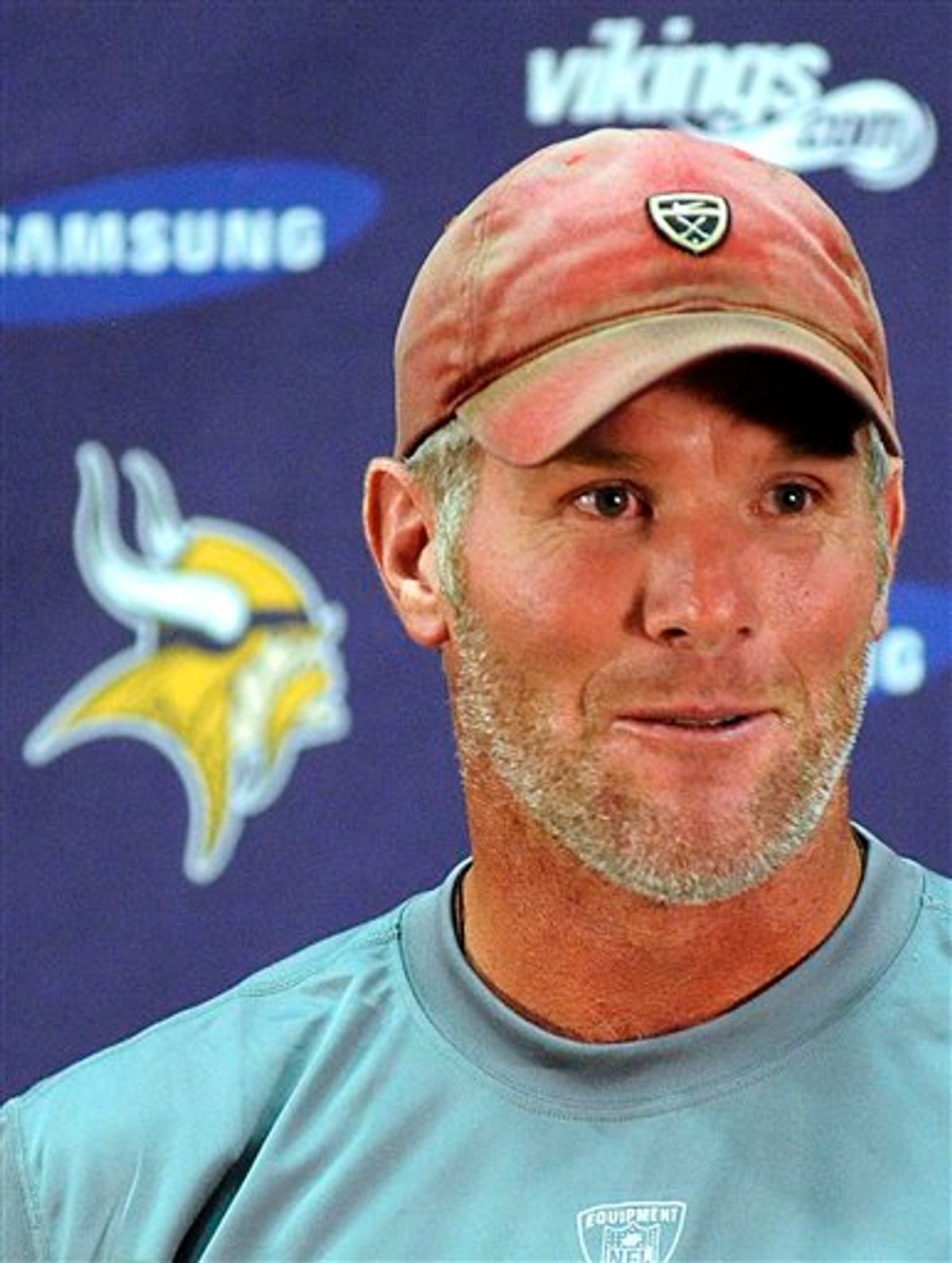 FILE - This Aug. 18, 2009, file photo shows Minnesota Vikings quarterback Brett Favre speaking during a news conference at the NFL football team's training facility, in Eden Prairie, Minn. A person with knowledge of the situation tells The Associated Press that Brett Favre has informed the Vikings he will not return to Minnesota for a second season. The person spoke on condition of anonymity Tuesday, Aug. 3, 2010, because the team had not made an official announcement. (AP Photo/Hannah Foslien, FIle) (AP)
--

Brett Favre arrived in Minnesota on Tuesday and is expected to announce his return to the Vikings.

But neither Favre nor the Vikings have yet to confirm or deny the speculations. So as of now, Favre is still in limbo.

It's safe to assume, however, that the 40-year-old quarterback didn't fly all the way to Minnesota to say, "Thanks, but no thanks."

Earlier Tuesday, Favre did what he does best and teased the masses, writing on his website, "Stay tuned for breaking news from the Minnesota Vikings on Brett Favre's possible return." Moments later, another statement read, "We are awaiting a statement soon from the Vikings."

Favre was then on a private jet heading to Minnesota. Connect the dots.

Also on board were Jared Allen, Ryan Longwell and Steve Hutchinson -- Favre's closest friends on the team and the same trio that, according to the Star Tribune, met with Favre on Monday night to convince him to treat his recovering ankle in Minnesota rather than at home in Mississippi. A sore left ankle that underwent surgery in June had been a concern and appeared to derail Favre's return.

But those concerns are weeks past, and Favre appears to have that itch again.

Now it's just a waiting game -- like it's been the past seven months.