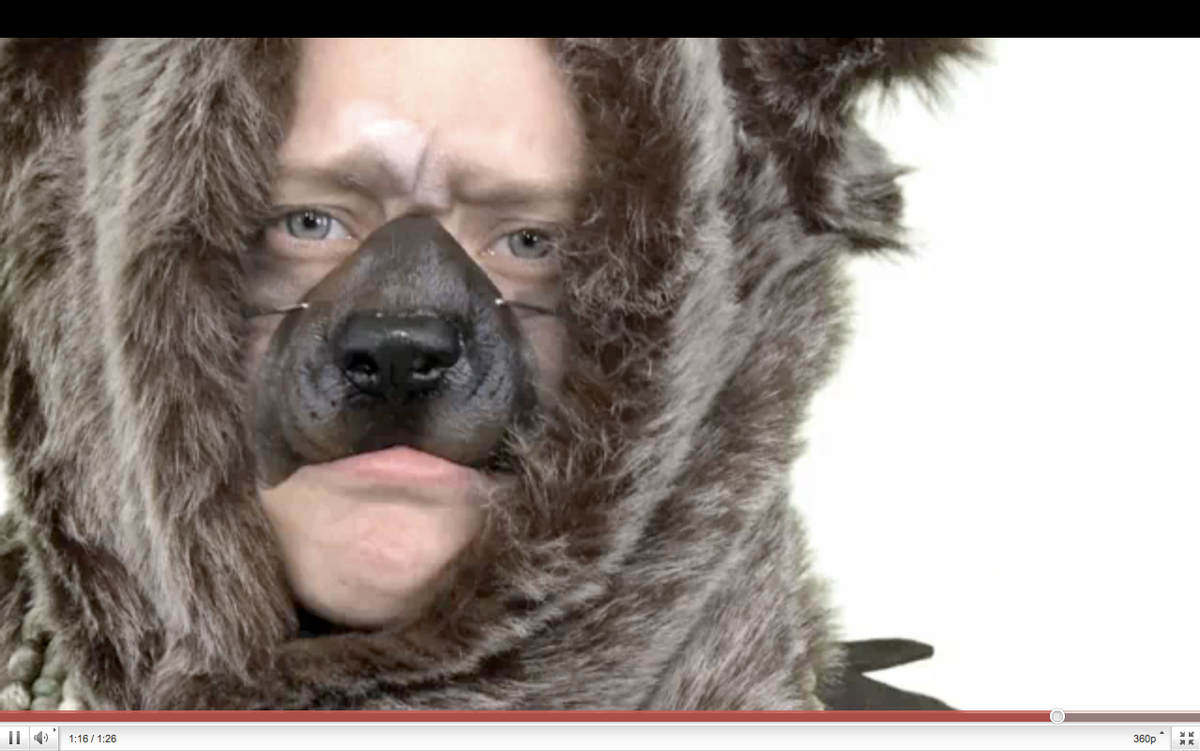 Remember that unbearable Sarah Palin mama grizzly ad? (The one that was almost as unbearable as that joke?) Well, EMILY's List has responded by rounding up a bunch of liberal women and outfitting them in bear suits. They explain why Palin doesn't speak for them:

Sure, yeah, I attack when my cubs are threatened, but wanna know what threatens me? My daughter not having the right to choose. The fact that if you were in charge of the country, my little cubs wouldn't have healthcare. When the salmon stopped coming down the stream, guess how I survived. Unemployment benefits, which is something that you and your gang of candidates want to do away with.

You see? Conservative women aren't the only ones who can have a little fun with animal metaphors.