"Obama, the one-term president" is the headline on a piece ... celebrating Obama's courage 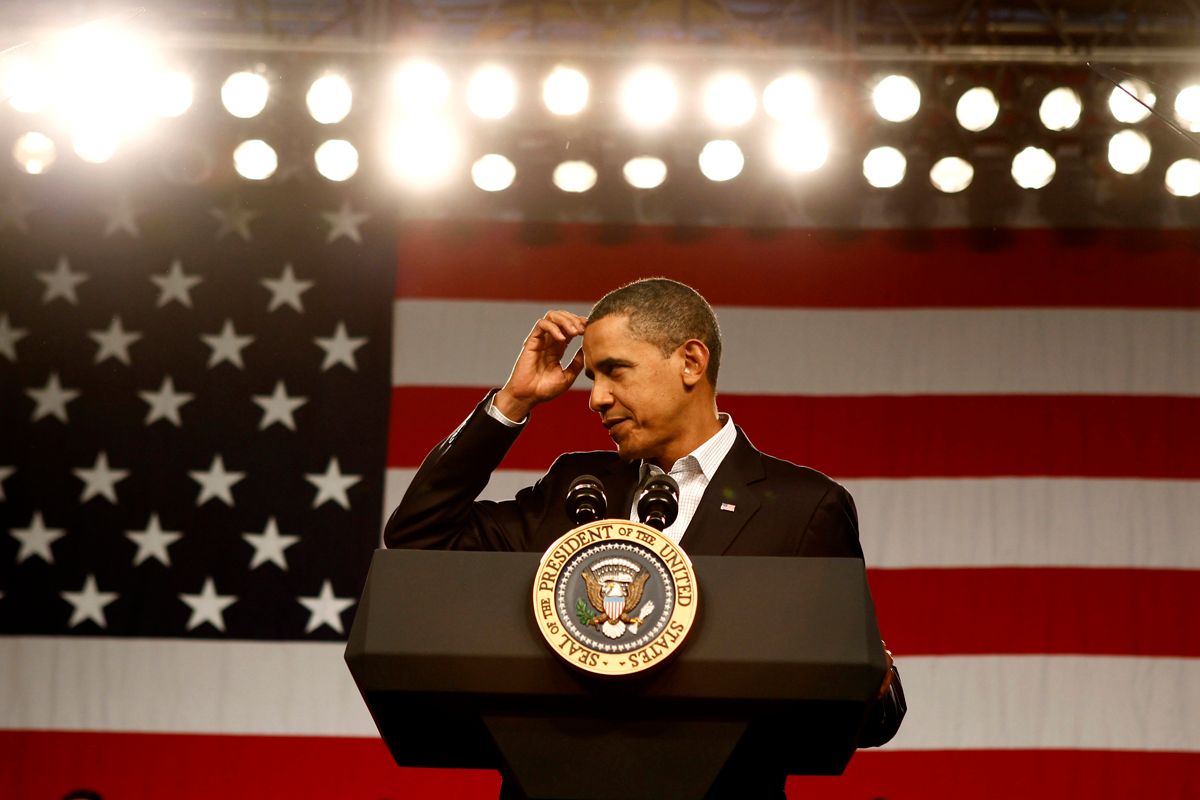 Roger Simon, the political columnist for Washington, D.C.-area free newspaper Politico, has written a piece so cynical that it seems to have fooled his editors. (And his editors' assignment editor, Matt Drudge.)

Simon knows what makes a successful political columnist: an attention-grabbing headline arguing for a premise that Mr. Drudge finds agreeable. So today's column is about how Barack Obama will be a one-term president, and the words designed to support that statement scarcely matter, but let us look at them anyway:

I am not saying Obama is not smart; he is as smart as a whip. I am just saying he does not understand what savvy first-term presidents need to understand:

You have to stay on message, follow the polls, listen to your advisers (who are writing the message and taking the polls) and realize that when it comes to doing what is right versus doing what is expedient, you do what is expedient so that you can get reelected and do what is right in the second term. If at all possible. And it will help your legacy. And not endanger the election of others in your party. And not hurt the brand. Or upset people too much.

So on Friday night, he said: “As a citizen, and as president, I believe that Muslims have the same right to practice their religion as everyone else in this country. That includes the right to build a place of worship and a community center on private property in lower Manhattan in accordance with local laws and ordinances.”

See what I mean about not getting it?

Here we have Roger Simon being the perfect representative of self-regarding ultra-cynical longtime Washington pundits. Except -- he is actually being clever! He is writing the opposite of what he actually believes. Roger Simon thinks the president did the right thing by supporting the Constitution despite the fact that the Constitution does not poll well!

And what’s the point of doing the right thing if your party is going to lose seats because of it?

Maybe Obama is disconnected. After all, as a former professor of constitutional law, he actually knows what the Constitution says.

His opponents have no such fetters. They know what they want the Constitution to say: yes to guns, no to gay marriage and never to mosques close to hallowed ground, though churches and synagogues are OK.

What’s so wrong with that? I’ll bet they poll great.

But a Politico columnist can not write a column that says "President Obama did the right thing." Roger Simon is incapable of explicitly saying that presidents should do politically difficult but morally right things. Because that is against the ethos of Politico, which believes in no morality beyond what "works," politically.

So, a Politico columnist has to write a column about how cynical politicos who read Politico say the conventional wisdom says that presidents should follow polls, in order to be more popular and more likely to get reelected, which, according to the mind-set of Politico, would make them successful presidents. But at the end of that column you can have a little jokey bit about how sometimes we should stand up for what is "right."

This column documents the struggle between Simon's Politico instincts and his apparent possession of a soul. And look, the misleading, stupid headline even won the morning.