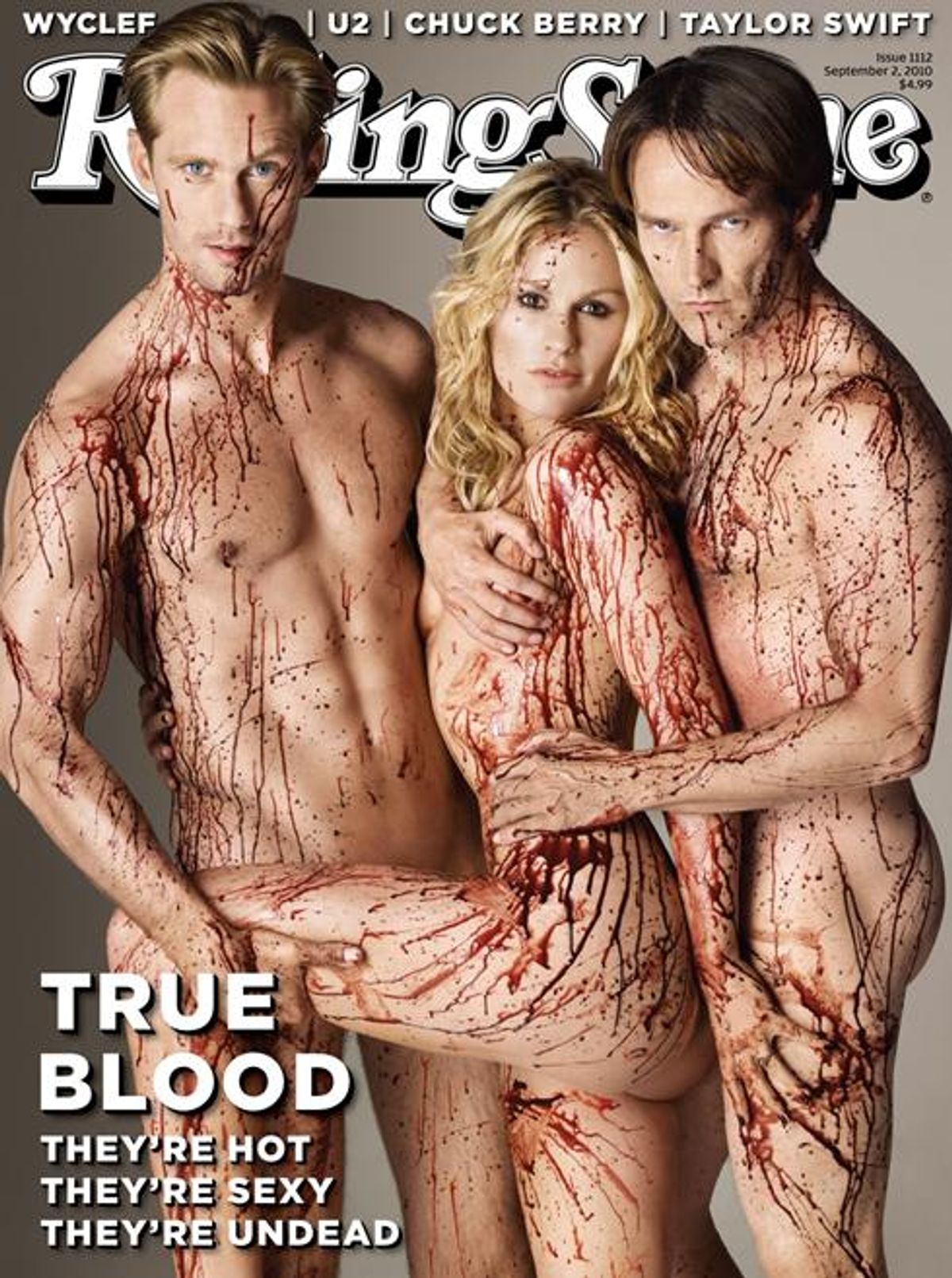 Alexander Skarsgard, Anna Paquin and Stephen Moyer on the cover of Rolling Stone.
--

You'd think the public couldn't be appalled or surprised by anything related to 'True Blood" anymore. Season 2: Lafayette dug a steel plate out of a severed leg to release himself from his Fangtasia chains. Season 3: Bill broke another vampire's neck and turned her head around while he was having sex with her. Evidently seeing series stars Anna Paquin, Stephen Moyer and Alexander Skarsgard naked and covered in blood on the cover of September's Rolling Stone is just. too. much.

People magazine wades into the debate, asking if the cover is too racy, while Monsters and Critics lauds Alan Ball for making vampires sexy again. Indie Wire covers a history of the sexiest vampires, and E!Online has excerpts from the interview with Ball. And yesterday Zap2it asked if you can be a fan of "True Blood" and homophobic at the same time -- a question spurred by football player Todd Herremans and his Twitter account.