Afghan women and the Taliban stoning

A couple's killing stirs up outrage, as well as anxiety about the country's women being used as propaganda 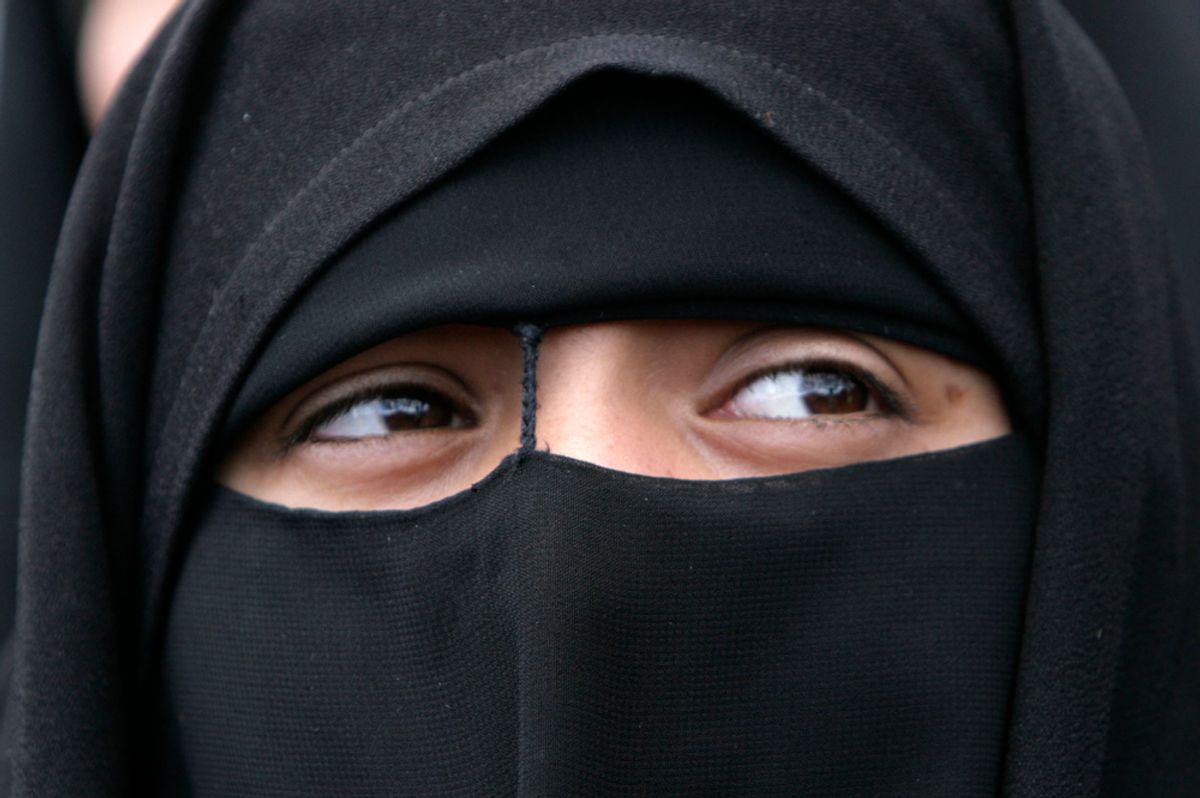 A Shiite counter protester takes part in a demonstration by some 1,000 male and female Afghans in Kabul, Afghanistan, on Wednesday, April 15, 2009.
--

Just when you thought the situation in Afghanistan couldn't look more dire, the Taliban goes and stones a young Afghan couple to death for adultery. Twenty-year-old Sadiqa was engaged to another man and 28-year-old Qayum was married to another woman, but they eloped and publicly declared their love. Their punishment, believed to be the first of its kind since the Taliban's fall in 2001, was carried out Sunday in northern Afghanistan by hundreds of men, including their family members.

This tragic story only adds to a recent flood of coverage that, implicitly or otherwise, raises the question of what a U.S. withdrawal would mean for Afghans, especially women. The most memorable, of course, was the image of Aisha, a mutilated 18-year-old, on the cover of Time magazine last month along with the headline, "What Happens If We Leave Afghanistan." There is good reason to ask that question (although, note that Time did not pose it as a question).

The specter is a truly terrifying one when you consider that recently there has been "a big increase in intimidation of women and more strict rules on women," as Nader Nadery of the Afghanistan Independent Human Rights Commission told the New York Times. Then again, we've  seen that "big increase in intimidation of women" during the occupation. As the Times puts it, the Taliban's recent display of confidence is "reminiscent of their behavior during their decade of ruling the country" -- and this is after nine years of America's presence. In fact, Time magazine's cover girl was brutalized after eight years of U.S. occupation.

Stories like this one stir up strong emotions and righteous outrage -- but I also find that they inspire anxiety in me about Afghanistan's women being used as propaganda. The reality of the situation is not as black-and-white as Aisha and headlines about the so-called "Romeo and Juliet stoning" may make it seem. As Ann Jones recently wrote in the Nation:

Our long history of woeful policies has put us and Afghan women in a double bind. If we leave, the Taliban may seize power or allow themselves to be bought in exchange for a substantial share of the government, to the detriment of women. But if we stay, the Taliban may simply continue to creep into power, or they may allow themselves to be bought (or "reconciled") in exchange for bribes and a substantial share of the government, all to the detriment of women, while we go on fighting to preserve that same government.