This is liberty? Tea Party takes on net neutrality

The self-styled champions of freedom show their true colors 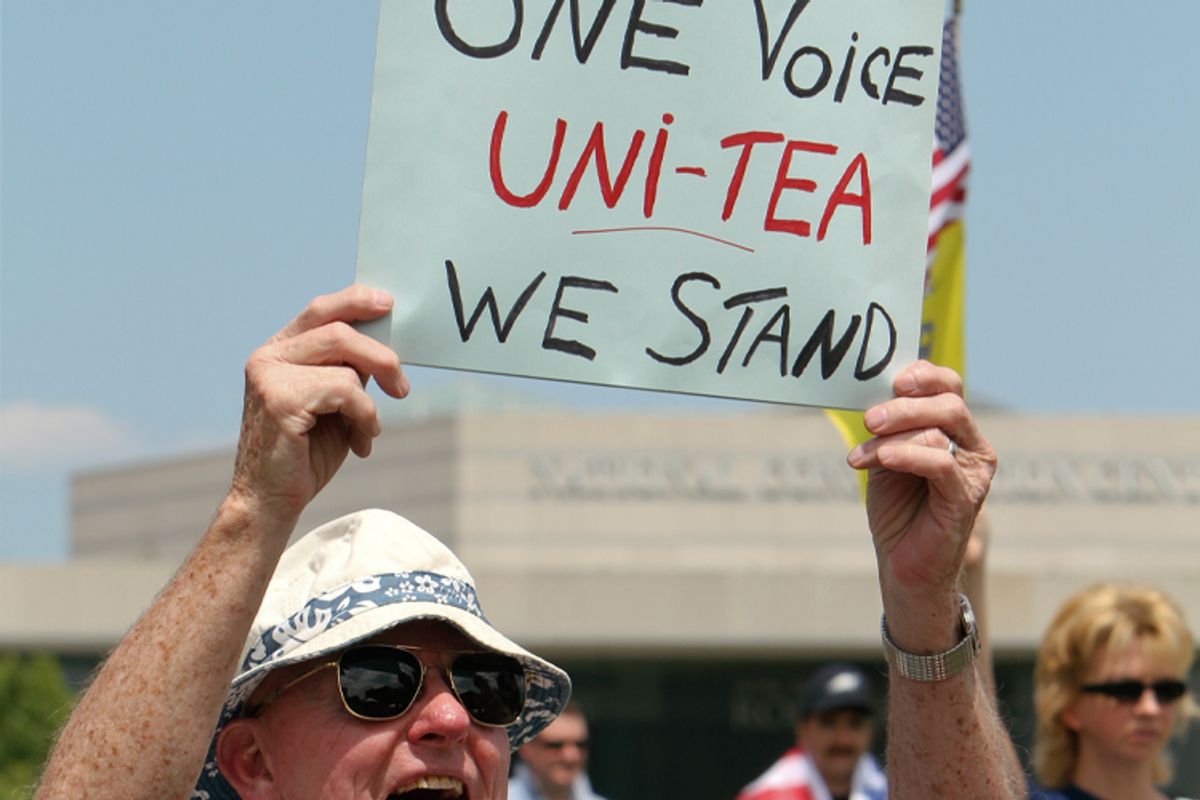 Say what you will about the Tea Party platform, at least it's concise. Rick Barber, the self-proclaimed Tea Party candidate whose failed run at the GOP nomination in a House race in Alabama produced the strangest ad of this election cycle, put it best: "Whenever the government grows, individual liberty withers." Or, to condense it yet further: "Liberty, good. Government, bad."

This is the logic that compelled 35 Tea Party organizations to sign a letter condemning FCC efforts to institute net neutrality safeguards that would keep Internet service providers from giving preferential treatment to some content and applications. Doing so, in the Tea Party's view, would mean asserting the government’s power to regulate something that it previously considered outside its jurisdiction. As a result, it must be "an affront to free speech and free markets," as the chair of the Virginia Tea Party Patriot Federation said.

That’s a conclusion consistent with its premises, but it seems incomplete. For one thing, it fails to account for the notion that a freer market is one in which companies can compete directly for the consumer’s attention without having their appeals mediated by a small cabal of large ISPs. Even more jarring, it fails to address the potential damage dealt to free speech when those same ISPs obtain the power to limit an advocate’s access to the public square based on how agreeable they find his or her views.

That the Tea Party doesn’t bother to even try and make sense of this seeming contradiction is indicative of just how muddled their conception of liberty is. For them, it has nothing to do with the range of opportunity offered to each individual citizen; it’s simply the absence of government regulation and intrusion.

It’s not hard to take this definition to absurd extremes. For example, suppose that an irate Salon reader is so disgusted with this column that he decides to kidnap me and keep me locked in his basement. Fortunately, a carrier pigeon slips through a crack near the ceiling, and I am able to attach a note to its leg. In this note, which the pigeon delivers to the proper authorities, I reveal my location and the identity of my kidnapper, then go on to argue that I should be rescued immediately because this irate reader has infringed on my freedom by forcibly confining me to his basement.

The proper authorities, if they subscribe to Tea Party doctrine, might very well concede that my kidnapper is behaving poorly. But if government action is invariably more intrusive and antithetical to freedom than government inaction, then that means their hands are tied; apprehending the irate reader would be an unacceptable affront to his individual liberty. And even if they did arrest him, then what? A civil trial? That’s just a fancy term for government intervention in a private dispute between a kidnapper and his victim. If I want this resolved in the proper, liberty-friendly way, I’d be better off just hiring a private contractor to liberate me and deliver some frontier justice to my kidnapper.

To be fair, I doubt any Tea Partier would actually support this conclusion. They might respond that obviously some minimal level of government intrusion is required to protect individual liberty from non-governmental interlopers. But once you make that concession, Rick Barber’s simple formula for the reverse correlation between government growth and individual liberty falls apart. What we’re instead left with is a far more complicated dynamic between the two, one that can’t easily be articulated in blockquote-friendly one-liners.

Few modern political parties or movements are as likely as the Tea Party to abuse values-based platitudes without comprehending their meaning. Yet any political figure who talks about liberty or natural rights in any capacity is bound to do it a little bit. Even if they weren’t inevitably filtered through an outlandishly twitchy and ADD-inflicted media environment, philosophical manifestoes don’t make for great stump speeches. But while no movement can afford to give itself over entirely to ethical inquiry, the Tea Party should serve as a cautionary tale about what happens when one runs all the way to the opposite extreme.