Behind the chilling, fascinating creation of the German "documentary" about the last days of the Warsaw Ghetto 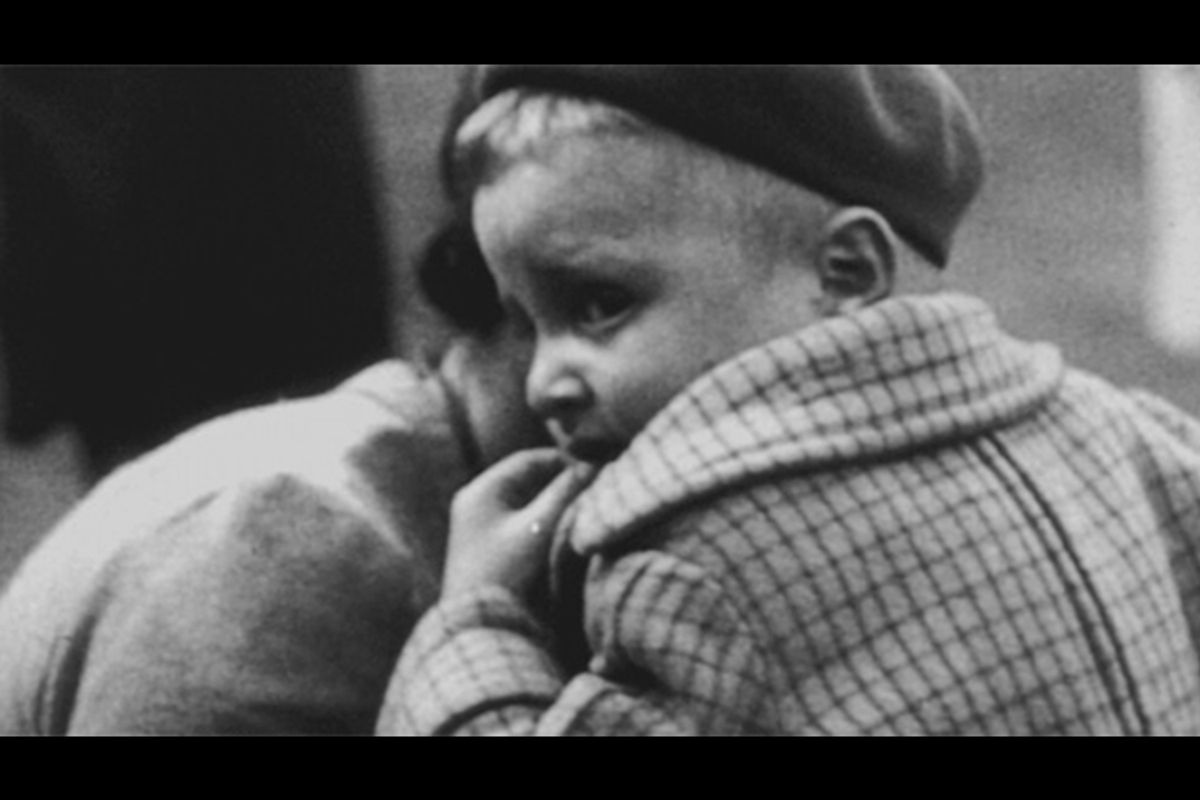 A still from "A Film Unfinished"
--

There are almost too many movies about the Holocaust to count -- it's a genre that has long run the risk of turning the definitive criminal atrocity of modern history into a cliché or a symbol. As far as I know, Israeli director Yael Hersonski's "A Film Unfinished" is the first Holocaust movie that's actually about another Holocaust movie, and in some peculiar way it brings us closer to the terror and tragedy of the original event.

This is a somber, brooding reconstruction of one of the murkiest and darkest productions in cinema history, a Nazi propaganda film shot in 1942 in the Warsaw Ghetto, not long before most of the ghetto's 450,000 or so inhabitants were shipped eastward to be murdered en masse. Hersonski never mentions the larger context of World War II or Hitler's attempt to exterminate virtually all of Europe's Jews; there is no footage here of goose-stepping soldiers, the dictator's blustering speeches or the gates of Auschwitz. None of that is necessary, or to put it another way it's all here already. The point of "A Film Unfinished" is to explore the painful paradox of the film known only as "Das Ghetto," which offers a precious glimpse of a doomed people's final days, even though it was also a vicious work of slander concocted by an evil regime.

"Das Ghetto" was discovered in the East German archives during the 1950s -- about an hour of edited footage, with no soundtrack -- and while it was always understood to be a propaganda film, it was also assumed to be a reasonably accurate portrayal of life in the ghetto, where by 1942 hundreds of Jews were dying of starvation every week. Nobody knows who came up with the idea for "Das Ghetto," and while it seems like a project that might well bear the fingerprints of Nazi propaganda minister Joseph Goebbels, Hersonski never speculates about that.

Nor is it entirely clear what the intended audience and goals of the project were. Perhaps it was meant to reassure foreign viewers that Warsaw's Jews were living normally or even comfortably (and indeed, replicating the class divisions of the larger society), and perhaps it was meant to convince the Third Reich's Gentile population that Jews were an alien and deviant cancer that required immediate excision. Hersonski doesn't say this, but the film may have been abandoned precisely because of its ambiguity. Its images of the poverty, suffering and filth imposed on this urban prison camp by its German overlords are so overwhelming that the scenes designed to provoke an anti-Semitic reaction -- allegedly rich Jews dining in fancy restaurants, or ignoring starving children in the street -- cannot really compete.

There is no one now living who can answer all the questions raised by "Das Ghetto," but Hersonski assembles the available evidence, drawing on the wartime diaries of Adam Cherniakov, the head of Warsaw's Jewish Council (who would later commit suicide when told to begin deporting Jews to Treblinka), the precise and officious reports of Heinz Auerswald, the Nazi official in charge of the ghetto, and the 1960s testimony of Willy Wist, who shot some of the footage as a young SS cameraman. Wist mumbles, prevaricates, misremembers and generally seems eager to minimize his involvement with "Das Ghetto," but it's clear that he remained haunted by what he had seen and experienced in Warsaw. Hersonski refrains from any comment about him or anyone else; indicting individuals for their conduct is definitely not the point.

Most remarkably, Hersonski assembles a small group of Israeli Holocaust survivors who remember the Warsaw Ghetto -- there can only be a handful of such people still living -- and has them watch the film, sometimes with their hands over their eyes (as when watching bodies piled into a mass grave), sometimes with cries of recognition.

"I remember that woman," one man says about an anguished mother seen in "Das Ghetto." "She used to walk up and down the street all day, begging for bread for her baby." Hersonski does not ask what became of the baby, or the woman, and he doesn't say. We know already.

When an outtake reel from "Das Ghetto" was discovered in the late '90s, it became clear that a great deal of the film had been staged by its creators -- much more of it than originally assumed -- and that the whole thing had to be viewed with an even more critical eye. But you might view "A Film Unfinished" as an exploration of the film-theory idea that movies always embody lies and the truth at the same time. The fact that Nazis compelled well-dressed Jews to walk past dead bodies, over and over again, or forced groups of men and women to strip naked and plunge into the mikvah, or ritual bath, in front of the cameramen exposes the regime's cruelty and cynicism.

But those dead people were really dead, and the anguish and humiliation we see on the face of one of those naked women in the bath speak loudly and clearly and directly to the heart, across all that time and history and death. It's a truism to say that history always teaches us about the present, but the lessons of "A Film Unfinished" may be useful the next time you hear someone ranting about the "ground zero mosque." "Das Ghetto" sat on the shelf because its lies were insufficient to cover up its truth, and because even the most evil works of propaganda always reveal more about its creators than they want you to see.

"A Film Unfinished" is now playing at Film Forum and the Lincoln Plaza Cinema in New York, and opens Aug. 20 in Los Angeles. It will open Sept. 24 in Baltimore, Boston, San Diego and Washington; and Oct. 1 in Chicago, Phoenix, San Francisco, San Jose, Calif., and Santa Barbara, Calif., with many more cities to follow.