Free to be ... a Target commercial

Irony is dead. Long live irony. Just as planned: The most obnoxious back-to-school shopping advertisement ever 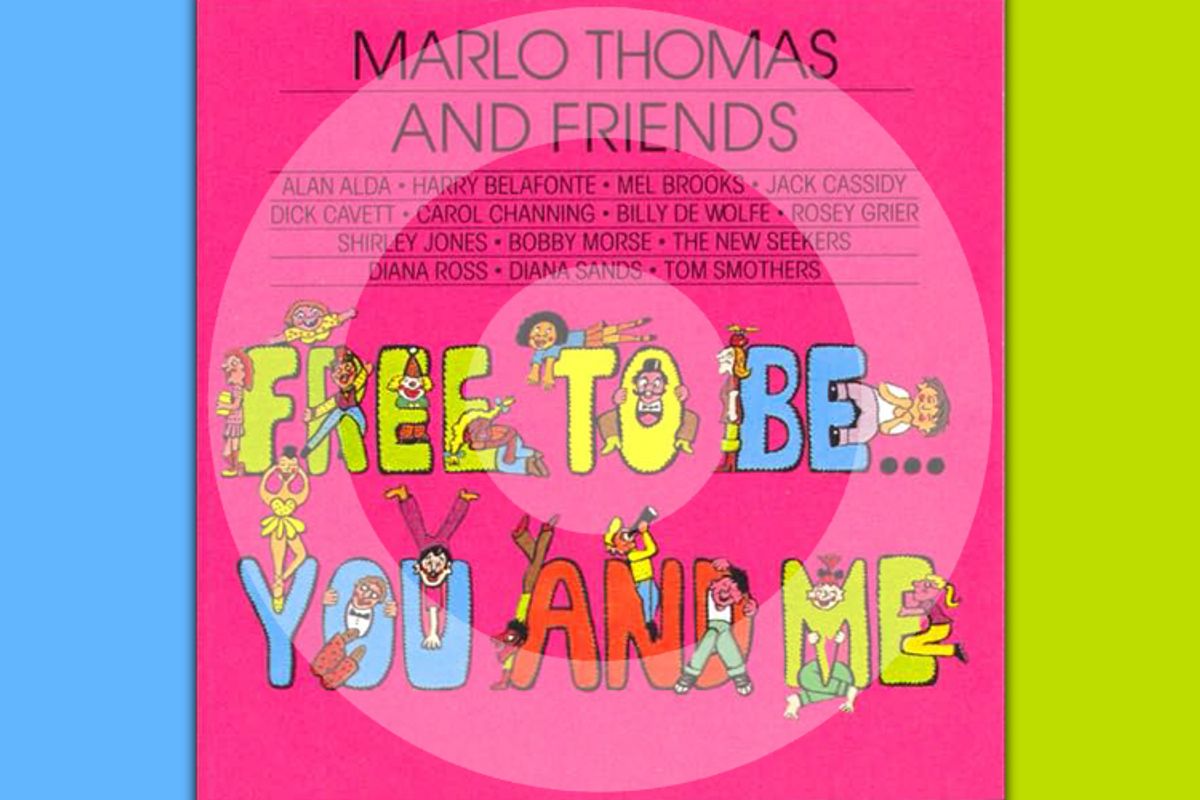 How outraged am I supposed to be at Target's use of the song "Free to Be ... You and Me" in a back-to-school shopping commercial? As a member of the cohort of Americans who were brainwashed as children in the mid-1970s by repeated exposure to the album by the same name from Marlo Thomas and Friends, the jingle-jangle opening of the song by the New Seekers touches off an irresistible chord of indignation. "Free to Be ... You and Me" was a kid-friendly distillation of classic liberal '60s tropes urging us to challenge stereotypes -- especially those pertaining to gender. Profits from the sale of the album went to the Ms. Foundation for Women, for goodness sake!

But in the Target commercial "Triplets," freedom, as an on-the-ball Wikipedia contributor dryly puts it, concerns our children's ability "to make important post modern consumerist decisions in life -- namely which clothing and colors to wear to school." Three cute-as-a-button little girls go to school dressed in identical uniforms, but through the magic of Target, each amazingly affirms their unique individual identity through the ownership of such wonders as differently colored plastic rulers.

I can't deny it. My knee jerked when I saw this ad last night. Even though I had imagined that I'd long ago come to terms with how the contemporary advertising industry ruthlessly and brilliantly co-opts everything that anyone might hold near and dear, there is still something deeply annoying about Target's behavior. Let's not even get started on the disgusting juxtaposition of Target's advertising strategy with its corporate donation of $150,000 to support the gubernatorial campaign of Minnesota state Rep. Tom Emmer, a strict social conservative who, in addition to seeking an amendment to ban gay marriage, has previously argued in favor of steering state money away from AIDS prevention programs. Could anything be less in the spirit of "Free to Be ... You and Me?"

But what might be even worse is that I have a sneaking suspicion that I'm supposed to be annoyed. One doesn't warp a post-'60s liberal propaganda anthem into a jingle for capitalist consumption without expecting -- or counting -- on a backlash. The irony inherent in subverting this particular song's message into a paean to consumption is just too perfect. And the all-too-predictable outbursts of irritated expostulation just spread the insidious message even further. How many blog posts exploring this paradox are being written, even now? It's all the more nefarious because those of us most likely to be disgruntled are in the age cohort most likely to have young children who need back-to-school equipping right now!

Getting to the bottom of this pit of contradictions is almost impossible -- a fact deliciously illustrated by a closer look at the band that performed "Free to Be ... You and Me." Until falling down the rabbit hole of pop cultural commodification this morning, I had forgotten that the New Seekers' biggest hit was "I'd Like to Teach the World to Sing" -- which was their adaptation of the hugely successful Coke jingle, "I'd Like to Buy the World a Coke."

Here are the New Seekers performing their single on "The Mike Douglas Show":

And here is the original Coke ad:

"It's the real thing. Coke is what the world wants today." The fact that those two sentences contain the most profoundly untrue words ever spoken doesn't in any way negate their absolute perfection as an advertisement. Indeed, I'm pretty sure that the very same generation that cut its teeth on "Free to Be ..." got its first, primordial grounding in the essential postmodern ironic condition embedded into the late 20th and early 21st centuries from that very commercial. If there was a Nobel Prize in advertising it should have gone to Bill Backer, the Coca-Cola account executive at McCann-Erickson who masterminded the campaign.

So let's recap. A band whose main claim to fame was turning a Coke advertisement into a No. 1 single performs a song urging us all to self-actualize our unique identity, which in turn becomes a back-to-school ad, almost 40 years later. I started out mad at Target, but in the end, I only feel something akin to awe. I think maybe I'll have a Coke and do some back-to-school shopping.

... Although not before leaving you with one last video, this time of a flash-mob protesting Target's Emmers donation with an a cappella repurposing of Depeche Mode's "People Are People." Because it's just too perfect.

Advertising How The World Works