Once again, a woman takes the Web giant to court to reveal the identity of her cyberbully 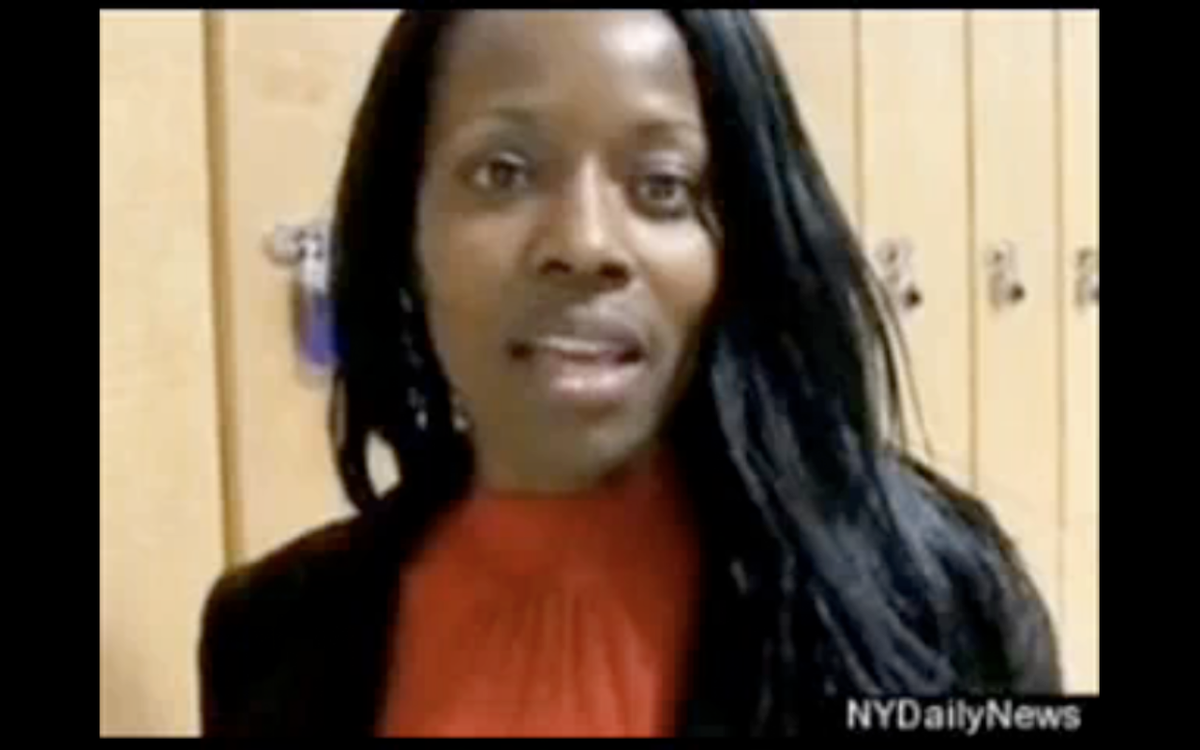 A screenshot of one of the videos in question
--

I'm having a severe case of de ja vu: A former model is suing Google in hopes of revealing the identity of the anonymous troll who has made nasty comments about her online. It sounds a lot like a case Broadsheet followed in 2009: Model Liskula Cohen sued the search giant in a bid to unveil the cyberbully behind a website that labeled her a "Horsey Face," "ho," "skank bitch," "#1 skanky superstar," "old hag," and "psychotic, lying, whoring, still going to clubs at her age, skank." This time around, Carla Franklin, a business consultant with degrees from Duke and Columbia, is getting litigious over nasty, although far less entertaining, comments posted on videos of her on YouTube (which is owned by Google -- as is everything in the world, I'm fairly certain).

"Malicious and untrue" comments -- including one labeling her a "whore" -- and video clips from a movie featuring Franklin were posted on the site last year in response to videos she filmed for Columbia Business School. The comments made under the handles "JoeBloom08," JimmyJean008" and "greyspector09" "were made with the intention to harm Ms. Franklin's reputation and interfere with her relationships, employment and livelihood," the suit claims, and resulted in "personal humiliation, mental anguish and damage to her reputation." Franklin and her lawyer suspect one person is responsible for all of the comments and they're even pretty sure who it is -- but they want to be sure before they make their next legal move, which will presumably be a defamation lawsuit.

Though it might not immediately seem so, Franklin's case is significantly different from Cohen's. Setting up a website is relatively easy using a site like Blogger, but it requires more of a time investment than popping into comment threads to attack Franklin. Every minute, countless such commenter drive-bys happen, and rarely do these cases end up in court. In Cohen's case, a judge ruled in her favor and Google revealed the identity of her tormentor. But Cohen ultimately decided against a defamation lawsuit, which would have been a harder win and required her to prove that her antagonizer had made "false and unprivileged" statements of fact.

It won't be surprising if Google ultimately reveals the identity of  "JoeBloom08," JimmyJean008" and "greyspector09," but a successful defamation suit is quite another thing. As I wrote at the time of Cohen's case: "I am a true child of the Internet and a libertarian at heart, so I'm not all that enthused by the prospect, repugnant as these characters may be."