The end of the American Apparel decade 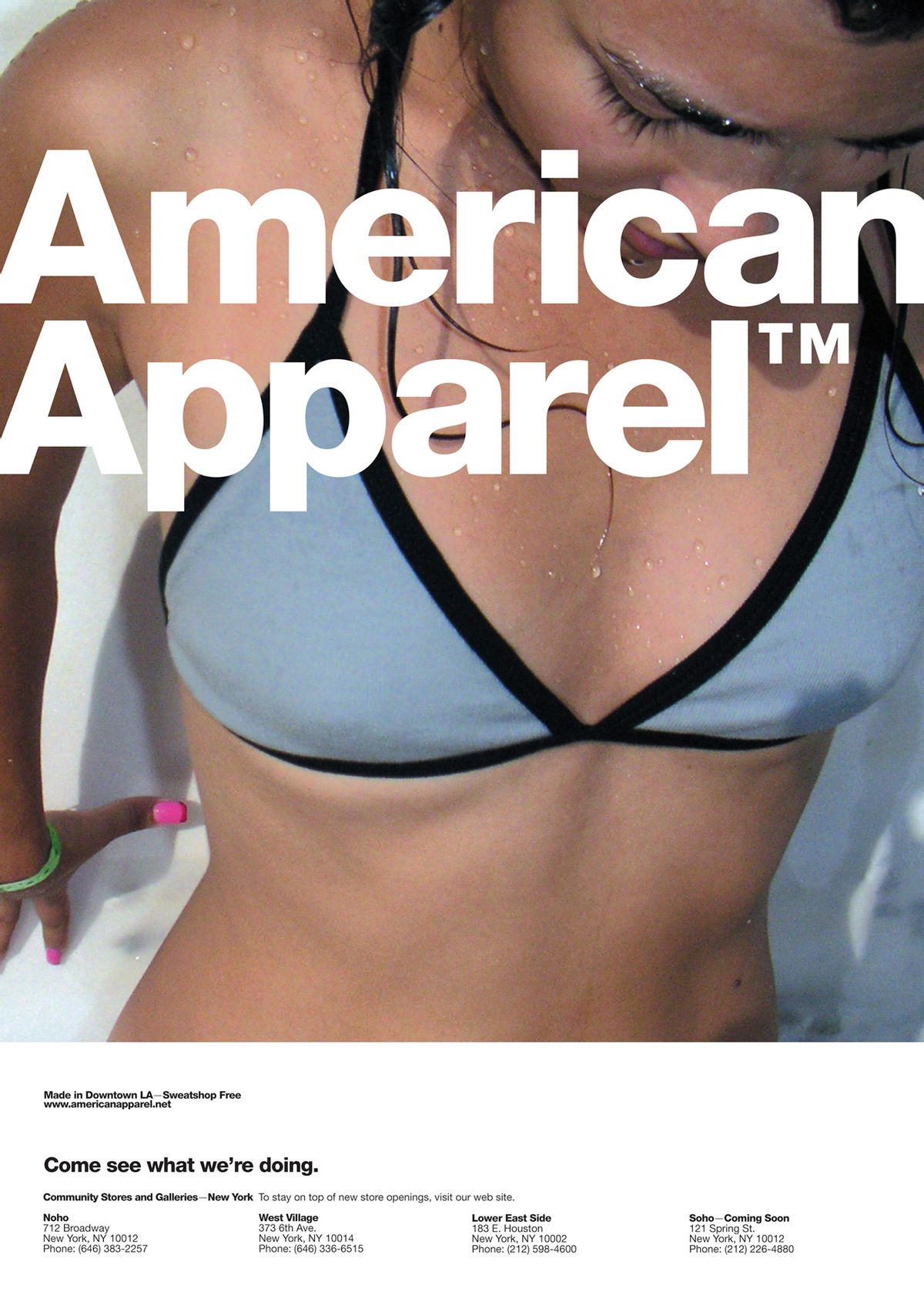 It's a bad week to be a fan of jeggings. Edging closer to bankruptcy filing, American Apparel saw its shares nose-dive again Wednesday, plummeting 26 percent to an all-time low stock price of 81 cents a share. And American Apparel isn't the only notoriously pretty people-centric retailer that's stumbling -- Abercrombie & Fitch has seen its own shares slide, and will likely shutter 60 stores this year. When these guys can't cut it anymore, truly, the aughts are over.

So what went wrong? Why have these been such rough days for once ubiquitous purveyors of thick-knit Jersey high-waist cross-back short-alls. There were the sexual harassment lawsuits. There was the blow of lobbying for immigration reform and then losing roughly a third of its staff -- 1,800 workers -- in an undocumented alien crackdown.  There was the escalating controversy over its hiring practices, and apparently blatant preference for only the most aesthetically desirable staff. And then there's the economy, which in case you're far too busy winning Powerball to notice, sucks.

But not everybody's bombing out; both Walmart and Target have posted gains this quarter. Even the long-suffering Old Navy-Gap-Banana Republic holy trinity has seen  increasing profits, notably buoyed on the strength of its lowest-end arm, Old Navy.

There has likely never been a time in human history when anyone actually needed a $26 "spacescape" T-shirt, but boy, if there were a time we really didn't need it, that'd be right about now. These just aren't spacescape aspirational times. Ultimately, if A.A. and Abercrombie sink, it will less likely be the fault of dubious business practices and "improper management" (although they sure don't help) than the same thing that affects everybody in the world of fashion: plain old changing tastes. There will always be young beautiful people who can get away with ugly tank tops, but, frankly, any company that's in the "polyester high waist pleated pant" business has likely been on borrowed time from the get-go.