Now Pamela Geller says that government shouldn't "stop the mosque," which is exactly what the president said 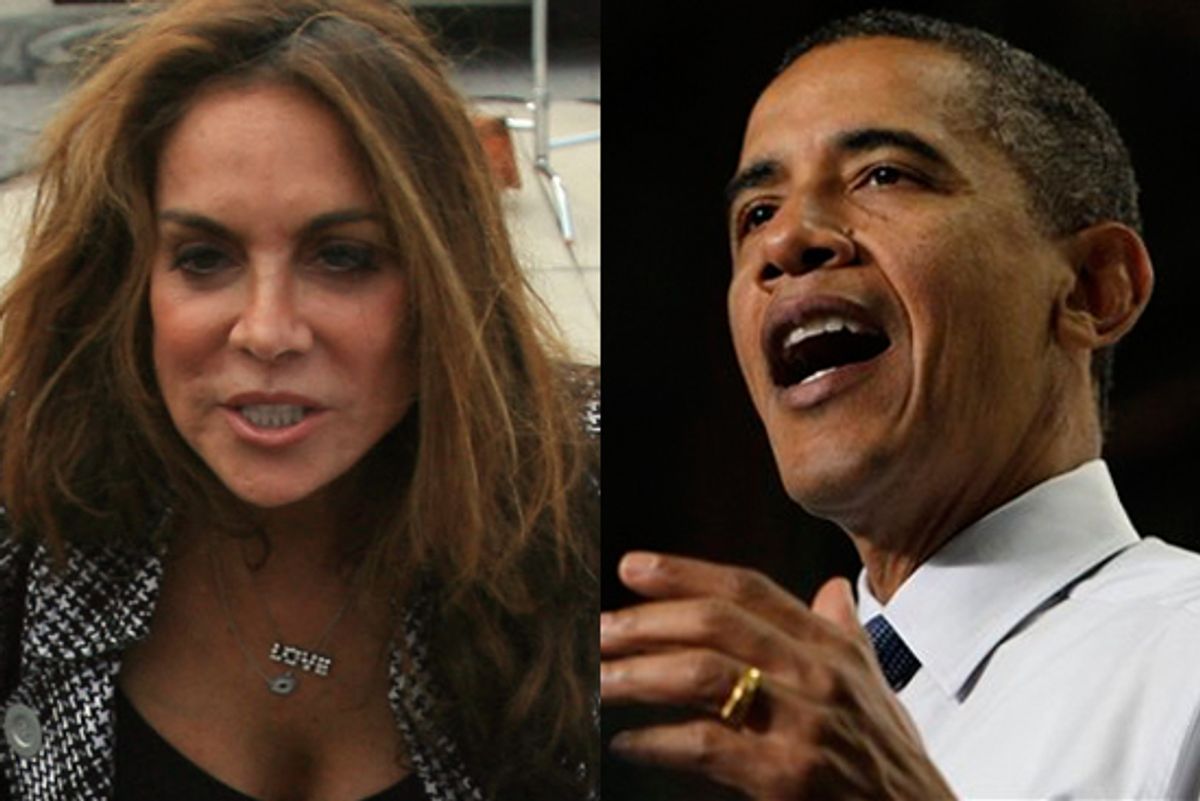 Pamela Geller, the anti-Muslim zealot and political exhibitionist, is no doubt  enjoying the publicity bonanza over her role in the lower Manhattan mosque controversy. Her bikini poses may distract reporters, but eventually her extremism will catch up with her, including her curious alliances abroad and her inventive theories about Barack Obama. Numbers for her wacky blog have gone way up over the past year, which may partly explain why so many Americans now wrongly believe their president is a Muslim.

Despite her raging animosity against him, however, Geller actually agrees with Obama concerning the essential point about the mosque and community center on Park Place. Speaking with Talking Points Memo, she  explained, "It's up to the imam to withdraw the mosque. I don't think the government should stop it."

She’s right, of course. But isn’t that precisely the position Obama  articulated at the White House iftar dinner? According to the transcript, he said:

As a citizen, and as President, I believe that Muslims have the same right to practice their religion as everyone else in this country. (Applause.) And that includes the right to build a place of worship and a community center on private property in Lower Manhattan, in accordance with local laws and ordinances. This is America. And our commitment to religious freedom must be unshakeable. The principle that people of all faiths are welcome in this country and that they will not be treated differently by their government is essential to who we are. The writ of the Founders must endure.

As president, Obama wisely refrained from endorsing or opposing the project or its location, beyond his defense of the sponsors’ constitutional rights. He has no obligation to offer an opinion about the project itself and every obligation to speak out when a religious minority's freedom is jeopardized.

Yet on the fundamental question of the right to build the mosque or any other religious edifice without government intervention, where is the difference between him and Geller? I sincerely hope that when Pam addresses her enraged followers at an anti-mosque rally on Sept. 11, she will explain why the government must not stop its construction.