In Middletown, N.J., we do bar mitzvahs, Christmas parties and 9/11 memorials as a community. Am I now the enemy? 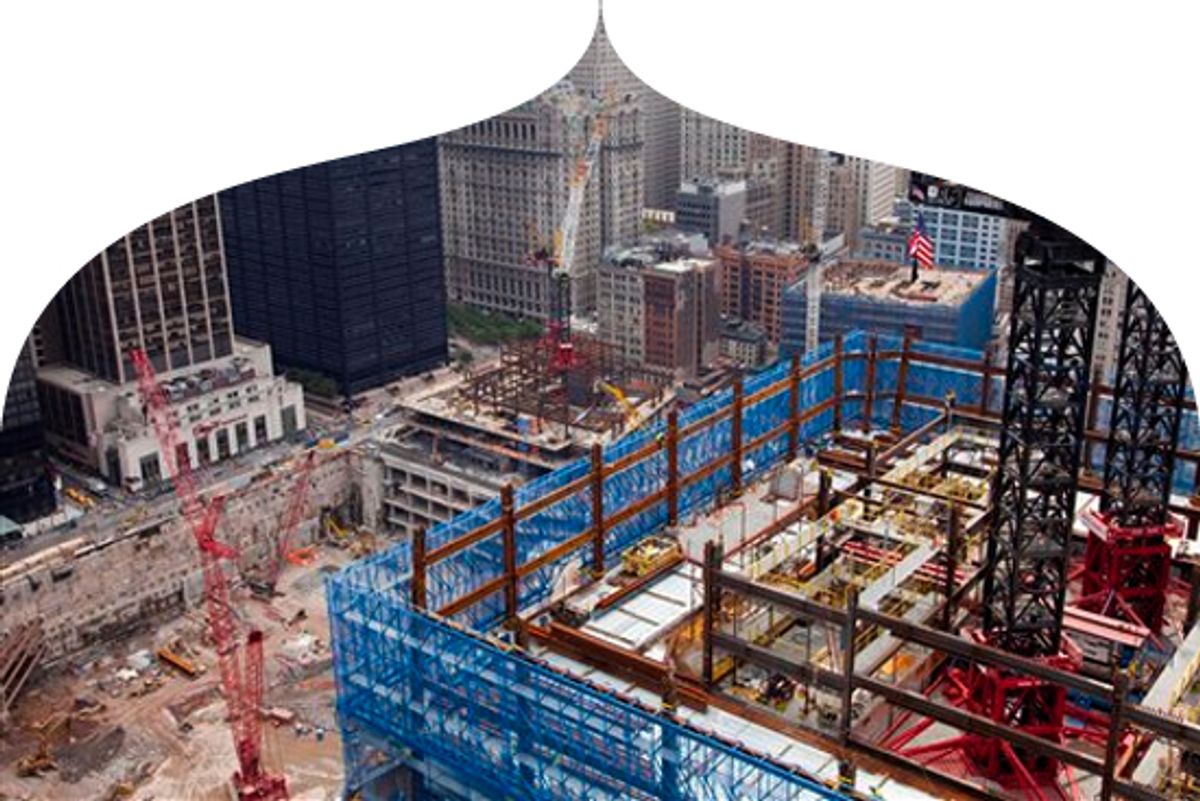 I am a lifelong resident of Middletown, N.J., the town that lost more victims per capita on 9/11 than anyplace in the state, and the second hardest hit city after New York. Almost 50 of our neighbors died that day, in a town of 60,000. Most of those who died worked at Cantor Fitzgerald. Although I was only 18, I was an enlisted medic with the New Jersey National Guard on that day, and I wound up on many Homeland Security missions in my four-year stint after the attack. My older brother commissioned as a U.S. Army officer after Sept. 11, and was awarded a Purple Heart during his service in Iraq. To this day he has shrapnel lodged in his body from the IED that blew up his convoy.

My brother and I are also Muslim Americans, born in the United States, of Pakistani heritage.

In our town, the wounds of 9/11 haven't healed. Just this last July 4, I sat with a longtime friend as he cried about a mutual friend who died that day. With tears in his eyes, he thanked me and my brother for our service to our country. Now that we have returned home to New Jersey, my brother and I are sad to see that some of our fellow Americans would like to deprive us of our rights to pray for our country and our loved ones at the proposed Muslim Cultural Center near ground zero. Former Speaker of the House Newt Gingrich even said that building a mosque in that area would be analogous to having a Nazi sign next to the Auschwitz concentration camp.

Maybe Gingrich should visit Middletown and get a reality check. I do not remember anyone chasing me out of a funeral for one of the 9/11 victims because they were offended by my being a Muslim. In Middletown, we grieved the people we lost together, as a community.

Our town is close-knit, and many of my childhood friends still reside here. I attended public school in Middletown from kindergarten through high school.  I went to grammar school birthday parties, Little League games, bar mitzvahs, proms and now weddings with the same large yet close group of friends. My first cousins are Jewish, as is my older brother's fiancée. Another first cousin's last name is Plumb and he is half Irish. My older brother graduated from the local Catholic high school. One of his classmates died on 9/11. He'd been born on the 4th of July; in fact, he's the same person our friend wept remembering on this past Independence Day. A close high school friend's father also died in the attacks. I see her from time to time, and she is one of the most remarkable people I know, carrying on with her life the way she does. I still see the pain of family members and those who lost loved ones, or who escaped from the vicinity of the World Trade Center.

In the direct aftermath of the attacks, friends and neighbors checked up on my family, not because they were suspicious, but because they wanted to make sure we were OK. When I am introduced at family or Christmas parties I never hear a bigoted remark. You could always tell how proud my friends and their parents were of me, "This is Osman, he is in the service."

In Middletown, I belong. But beyond Middletown, it seems as though some people can't even conceive of my existence: a Muslim American who is a patriot, who served his country, who cherishes its ideals. I am also aware of the low public perception of the United States in many Muslim countries, including Pakistan. After I graduated from law school, I decided to work as an American, building a school on the Pakistani side of Kashmir, an area where terrorists roam freely. As I got on the plane to fly to Islamabad, my mother told me, "Show them what an American is." Carrying an American flag in my backpack and traveling dangerous roads and mountains, I helped establish a school for Afghan war refugees.

I remember teaching a young girl how to read; she was 11 years old and had never been to school before. Pulling out the American flag from my backpack, I wanted to make sure she knew Middletown, and America, meant her no harm. Later, Pakistan’s national broadcast channel came to interview me. During the interview I told them that American aid was coming to build more of these schools, thanks to the Kerry-Lugar aid bill, passed just prior to my arrival in the area, which funded school construction in Pakistan and Afghanistan. Schools like this keep our troops safe in Afghanistan by limiting the recruiting ability of the Taliban and al-Qaida in Pakistan, as local people begin to see that Americans have a humanitarian mission, they are not just invaders.

I see the impulse that drove me to work as an American in Kashmir in the desire to build the Park51 Community Center. Imam Faisal Abdul Rauf and his partners want to combat Muslim extremism, terrorism and anti-Americanism, showing that America’s tradition of religious tolerance extends to Muslims, and that Muslims can live in peace with neighbors of every religion, as well. Imam Rauf, a Sufi, is no "extremist"; he advised the State Department under the past Bush administration, and worked with the FBI after 9/11. Every religion has its own group of fanatics, and extremism is not confined to Islam. New York Rep. Peter King, a Park51 opponent, not too long ago overtly supported efforts to raise money to buy weapons for the Irish Republican Army, which was considered a terrorist organization. We can take strange sections out of every religion's holy books, if we want to paint the worst picture of that particular group.

I believe Rauf's goal with Park51 is in harmony with the goals of our nation's founders. George Washington himself once wrote to a Jewish congregation in Rhode Island, reassuring them of our nation's religious tolerance. "For happily the Government of the United States, which gives to bigotry no sanction, to persecution no assistance requires only that they who live under its protection should demean themselves as good citizens, in giving it on all occasions their effectual support." I flew halfway around the world to promote that great vision, and my brother came close to giving his life to protect it.

George Washington also reminded us to guard against the "imposters of pretended patriotism." Mr. Gingrich and Mrs. Palin: Please do not confuse the public and slander all Muslim-Americans as being responsible for 9/11. Please don't tell my shrapnel-scarred war hero brother that he is no different than the 9/11 hijackers. Sadly, you represent the very spirit of intolerance you attack in others.