Paul Krugman: "I told you so, again"

Even Cassandra wasn't this right. Re-reading the economist on bond yields, the stimulus and GOP obstructionism 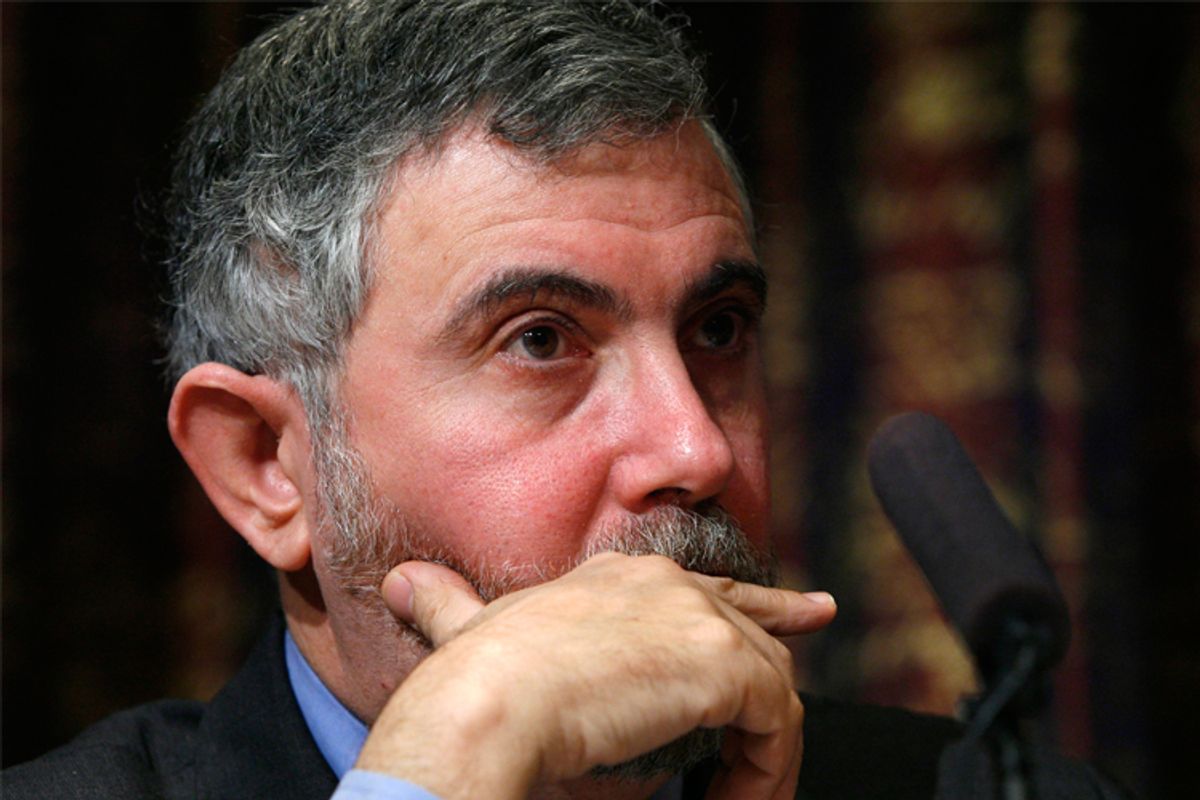 Reading Paul Krugman's blog these days is like looking into a hall of mirrors, infinitely refracting the same message: I told you so. Today he offers a perfect example. Noting t Morgan Stanley's confession that its prediction that U.S. Treasury bond yields would rise sharply in 2010 had been a "mistake," Krugman agilely linked to a post he had written in November 2009 expressing strong doubts about that very forecast.

But even better, if you go back and read that post, you will find Krugman digging up a Morgan Stanley analysis of the housing market dating back to 2006 calmly dismissing any chance of "a much-feared decline in prices on a nationwide basis." Among those who had been warning of a housing bubble: Paul Krugman.

But this is small time stuff compared to the really-big-I-told-you-so. On January 8, 2009, before President Obama had even been inaugurated, Krugman wrote a column warning that Obama's economic plan -- the stimulus -- fell "well short of what's needed."

The bottom line is that the Obama plan is unlikely to close more than half of the looming output gap, and could easily end up doing less than a third of the job.

Then, in March, he followed up with a frightful display of prescience. (Italics mine.)

...[T]he White House has decided to muddle through on the financial front, relying on economic recovery to rescue the banks rather than the other way around. And with the stimulus plan too small to deliver an economic recovery ... well, you get the picture.

Sooner or later the administration will realize that more must be done. But when it comes back for more money, will Congress go along?

Republicans are now firmly committed to the view that we should do nothing to respond to the economic crisis, except cut taxes -- which they always want to do regardless of circumstances. If Mr. Obama comes back for a second round of stimulus, they'll respond not by being helpful, but by claiming that his policies have failed.

That, I think, is an accurate summation of the current situation.