The filmmaker's new documentary suggests that the troubled, extraordinary city holds the key to our redemption 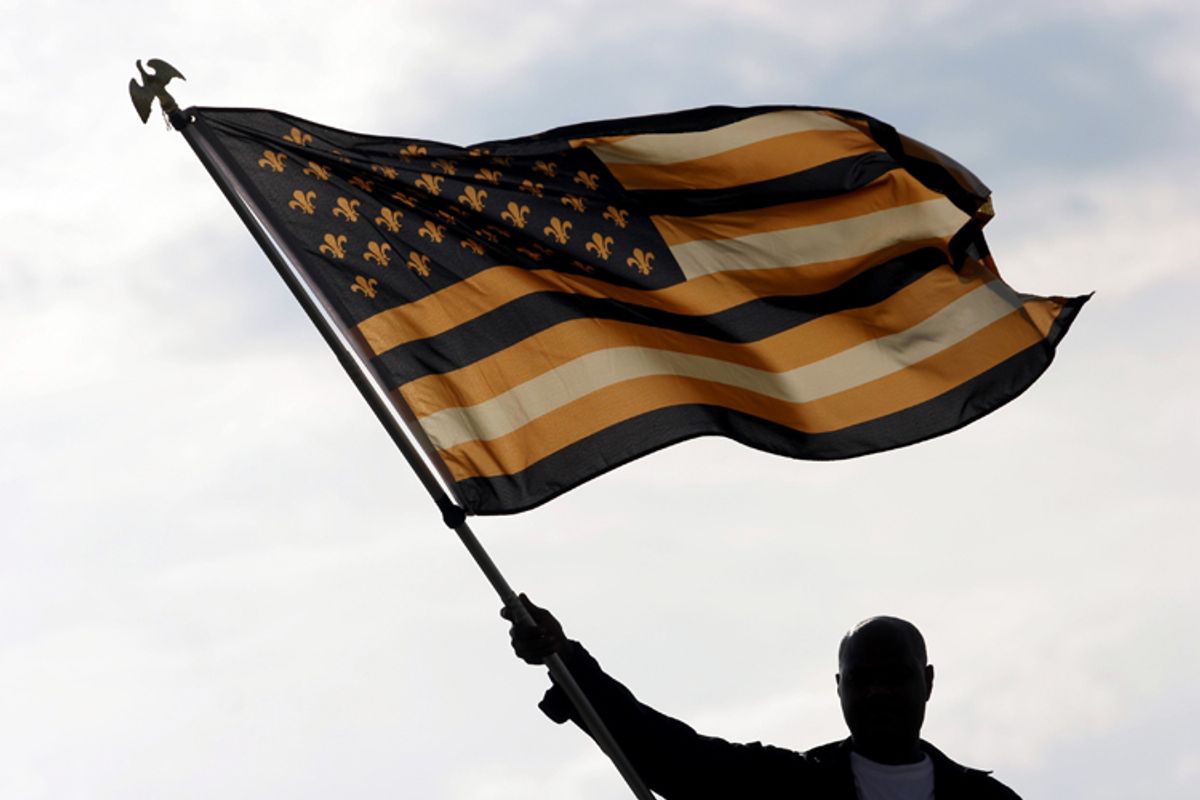 Five years after Hurricane Katrina, New Orleans remains one of the most troubled places in the United States. Its woes are a consequence of the civic collapse that preceded Katrina, the devastating levee failures following the storm, and most recently, the unrivaled environmental devastation from the BP oil disaster. But New Orleans also remains the heart of American culture. It's a place unrivaled in vernacular richness where people come from world around to eat, drink, listen and see — to live for a few days like many of us here live every day. Is it possible that the national seat of American tragedy can also redeem this country by refusing to give up its bon temps while fighting for its survival?

Spike Lee gives his answer in a new documentary, "If God Is Willing and da Creek Don't Rise," a loosely structured, four-hour meditation on everything right and wrong with New Orleans five years after Katrina. It premieres Aug. 23 and 24 on HBO.

The tensions are on display from the film's opening. Its first scenes include, in sequence, an angry and defiant poem ("No more use of our Gulf Coast waters, wetlands, heritage and soil/ No more 'Up yours Louisiana,' because we all know there's blood in that BP oil/ If God is willing and the creek don't rise") read by the star of Lee's earlier New Orleans documentary, Phyllis Montana-LeBlanc (now a star of David Simon's "Treme"); images memorializing Katrina's devastation; and the joyous celebrations of the Saints' improbable 2009 Super Bowl victory. Interviewed in a throng of people following the Saints win, an unnamed woman sums it up, "Four and a half years ago we lost our home during the flood, and we are so privileged and honored to be here. Living in New Orleans is a privilege. It's not easy, but it's a privilege and a blessing."

The claim that it is "not easy" to live in New Orleans turns out to be one of the very few understatements in the documentary, which dwells at length on the many things that create this dis-ease — separate and aside from the storm that drew the country's attention and the oil spill that refocused it. The viewer is led through policy debates and critiques and personal stories highlighting the demolition of New Orleans' public housing projects and consequent housing crisis; the collapsed healthcare system (New Orleans' public hospital remains shuttered because of political wrangling about the future of healthcare); the mental health crisis that has been responsible for murders, suicides and less-than-joyous substance abuse and drinking since the storm; the incompetence of FEMA in providing post-storm assistance to the city and the agency's mismanagement of its emergency housing plan; the civil engineering missteps by the Army Corps of Engineers that made the city vulnerable to flooding and that have degraded our wetlands; the shattered education system; the out-of-control crime and violence that have plagued the city; the police corruption and history of police violence that have led to numerous federal murder and conspiracy indictments for officers involved in several, separate incidents; and deregulation that provided the opportunity for corporate greed's fouling of the Gulf.

Any New Orleanian living here during the past five years will be familiar with these issues from their daily lives and from the news on the front page of the Times Picayune. They are issues that you live when you can't find a place to rent that you can afford, when you cannot find a school where your child will receive a decent education, when you wake in the middle of the night to hear gunshots and know that someone's life may have just come to an abrupt and violent end. These are the daily challenges of living here. And it's useful to recall, in watching this documentary, that our individual efforts to overcome these obstacles are not just personal but part of a collective effort to keep this city alive.

The people telling the story in this documentary are many of the same people whose names appear in the paper. Some are policy wonks; others, activists or artists; but nearly all are fervent New Orleanians. Some of them speak in a strongly held hyperbole that hints at madness or mania, both about the good and the bad here. There are angry words, never precisely defined, about "the powers that be" and their efforts at "ethnic cleansing" on the one hand, and on the other, references to the Saints' Super Bowl win that suggest a local belief that the victory was an act of God, as if New Orleans, like the long-suffering Job, had been rewarded for its faith. This is the bipolar parlance of life here, stemming from the widely held belief that the city is vastly better than, worse than, and not really a part of the rest of the country. Most of these sentiments are presented in the documentary without any evident endorsement from Spike Lee, who seems more enamored with his subjects' intense feeling for their homes and threatened way of life than with the specifics of their claims. He is particularly interested in their suspicions about race, the government and corporations. The firmness of the beliefs held by so many people here is just as important as the accuracy of their claims.

But implicit in the framing of the documentary, and of most of the engaging books and films to come out of New Orleans since the storm, is the notion that the challenges that define life in post-Katrina New Orleans are the same vexing national crises on which the quality and success of 21st-century America will be, and should be, judged; that the same problems also exist in Lee's beloved native Brooklyn and so many other places in this country. Despite Lee's critique of the political and social realities that made the Gulf's twin disasters possible, despite the seemingly endless images of dead bodies — human and animal — that we see in this film, "If God Is Willing and da Creek Don't Rise" shows that Lee is not without hope.

He is clearly a partisan of this city, a place where real recovery and reconciliation are the daily work of thousands of people. The efforts of the people of this city and region appear to have given him reason to believe — despite the ever-present risk of rising water — that something better may yet emerge from the tragedies along the Gulf.