Will the liberal hawks fly again? 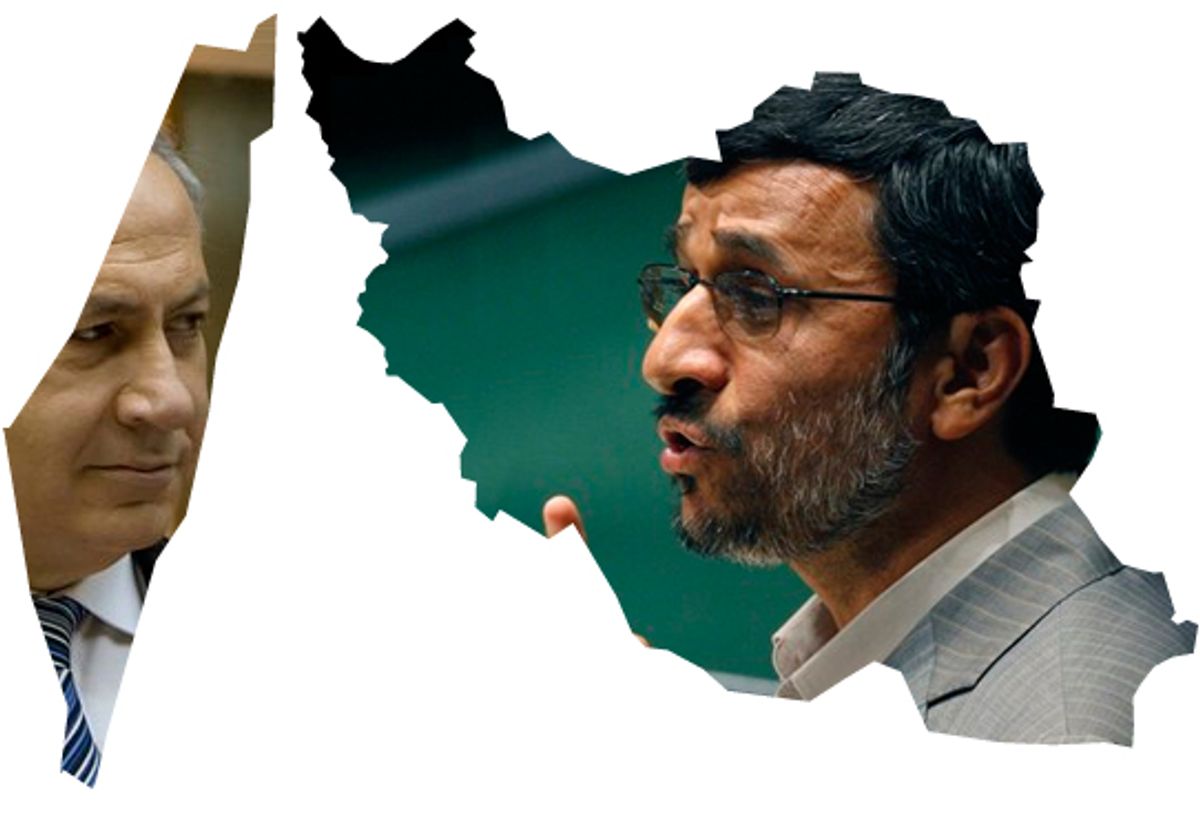 Iraqi dissident Kanan Makiya, who played an outsize role in convincing many liberal American intellectuals that a U.S.-led invasion of Iraq was a moral imperative, is succinct in his view of a prospective war against Iran: "It’s a very bad idea," he says. "Iranians will likely perceive the strike as an attack on them nationally and will rally around the state."

But in opposing military action against Iran, Makiya is parting ways with the very same "liberal hawks" he greatly influenced on Iraq. Those liberal hawks -- individuals who are left-wing on domestic policy but frequently support the use of American military power to intervene in conflicts around the world -- have been enormously influential in the Democratic coalition since the 1990s, when the Bill Clinton and the centrist Democratic Leadership Coalition consciously remade the party in an effort to jettison its soft-on-defense image. Politically, these liberal hawks have been represented by Madeleine Albright, Joe Biden, Al Gore and Joe Lieberman, among other Democratic Party heavyweights.

In addition, there are a number of intellectual liberal hawks, who play an essential role in providing the moral and literary arguments and ideas for the movement. These thinkers operate as independent conduits for liberal ideas on foreign policy, setting the terms of debate and acting as influential intellectual hubs for the engaged public. The list of such liberal hawks would include journalists George Packer, Jonathan Chait, Jeffrey Goldberg and Anne Applebaum; professors Jeffrey Herf and Richard Just; and writers Michael O’Hanlon, Paul Berman and Leon Wieseltier. Many of them write for the New Republic, the closest thing liberal hawks have to a shared outlet.

Their vital role in Democratic politics means that their differences with Makiya matter. But it's not just the Iraqi-born professor who finds himself at odds with his former comrades; as President Barack Obama faces stark foreign policy choices on Iran, Iraq and Afghanistan, differences between liberal doves and hawks that have been muted since the occupation of Iraq began are reemerging.

To a large extent, of course, these internal fissures never went away; they were merely papered over as both liberal doves and hawks agreed that Iraq had been disastrously mishandled and that eventual withdrawal was the goal. But many of the liberal hawks that championed Iraq in the first place have not adjusted their worldviews as a result.

"A lot of liberals are still caught in habits of thinking that were formed during Vietnam," says Herf, a historian who supported the Iraq war. "Guys like me and Paul [Berman], Leon Wieseltier and Marty Peretz -- we have moved on."

Or, as Wieseltier wrote recently: "If I had known that there were no weapons of mass destruction in Iraq, I would not have supported the war; but I do not, for that reason, believe that the Iraq war has been a catastrophe for Iraq and its region, or that the Iraq war is all or most of what we need to know about America's role in the world, or that the Iraq war should be promoted into the primal scene for all subsequent American foreign policy."

But the disastrousness of the Iraq war did transform some liberal hawks: Peter Beinart, bloggers Matthew Yglesias, Spencer Ackerman, John Cole and the political scientist Tony Smith, among others, have all done significant rethinking.

"It is impossible to deny that the war is a major ethical influence," says Ackerman, now a national security blogger at Wired. Ackerman’s ideological evolution was atypical only in that his rethinking was aired in real time -- he began a blog called "Iraq’d" for the New Republic, airing his disillusionment with the war. "I supported withdrawal and kept moving leftward," he says.

It wasn't just Iraq that these liberal hawks were rethinking. It's difficult, for instance, to avoid seeing a connection between Beinart’s souring on Iraq and his recent high-profile criticisms of the American Jewish establishment's Middle East activism (although he denies such a linkage). Likewise, Yglesias in 2002 was advocating ethnic cleansing of the Palestinians, but is now a harsh critic of Israel’s conduct.

All of this might seem like intellectual scorekeeping were it not for the fact that three vital foreign policy choices will confront Obama before his first term is out: withdrawing from Iraq, withdrawing from Afghanistan, and dealing with Iran.

Liberal doves and realists are unanimous in believing invading Iran would be a huge mistake. "A war with Iran would be overwhelmingly counterproductive," Ackerman says. "There will only be a bellicose Iran in the wake of a strike that won’t even forestall development of a nuclear Iran." These liberals have no illusions about the nature of the Iranian leadership, but they fear an attack on Iran would set the Middle East aflame.

Liberal hawks, meanwhile, believe that Ackerman and his allies are naive about Iranian intentions and too complacent about an Iranian bomb.

"If Iran gets a nuclear bomb, we will have a crossed a threshold," Herf says. The Persian nation will have proved to the world you can thumb your nose at the U.S. and the U.N. and the international community and succeed, he says. "As a historian of Nazi Germany, I’ve learned that when leaders say lunatic things, they mean them." Liberal hawks insist they are fully aware of the difficulty that will come from a war with Iran -- and that they aren't reckless "America first"-ers. But they believe a nuclear Iran is something the United States cannot and should not live with.

Of course, it's an open question whether liberal hawks retain the same clout within the Democratic Party that they exercised in their 2002 and 2003 heyday. Seventy-four percent of Democrats now agree invading Iraq was a mistake, a war that temporarily discredited the hawks. Obama won the Democratic nomination in no small part because he had opposed the Iraq war, alone among major candidates. As vice president, Joe Biden has retreated from his earlier hawkishness on Afghanistan to embrace the idea of a small-scale presence there. Influential members of Congress like Nancy Pelosi do not have the appetite for foreign policy confrontation that some of their predecessors did. (Remember that Richard Gephardt, Pelosi's predecessor as the top House Democrat, worked with the Bush administration to secure passage of the Iraq war resolution.)

But it would be unwise to write off the hawks' influence. Hillary Clinton, who pledged in the 2008 campaign to "totally obliterate Iran" if it attacked Israel, is as influential as ever. With sanctions unlikely to prove effective, a military strike will increasingly be considered as an option, a process that is already under way in the media, as quintessential liberal hawk Jeffrey Goldberg’s recent Atlantic article illustrates. In the piece, White House chief of staff Rahm Emanuel tells Goldberg that "the expression 'All options are on the table' means that all options are on the table," when it comes to Iran. Ben Rhodes, the deputy national security adviser for strategic communications, is quoted along the same lines.

It will be difficult to square this circle. If sanctions don't keep Iran from pursuing nuclear enrichment, the Obama administration may have to make an agonizing decision -- to let Iran go nuclear, or to use force to try to stop it (though many analysts believe America can at most only delay the process). At that point, the latent divisions in the liberal coalition will burst into the open.

"Yes, after Iraq we should be circumspect about the use of force," O'Hanlon says. "But how much more is the question."