Africa brought out the meat-eater in me

After a lifetime of strict vegetarianism, four months in Senegal taught me the value of all food 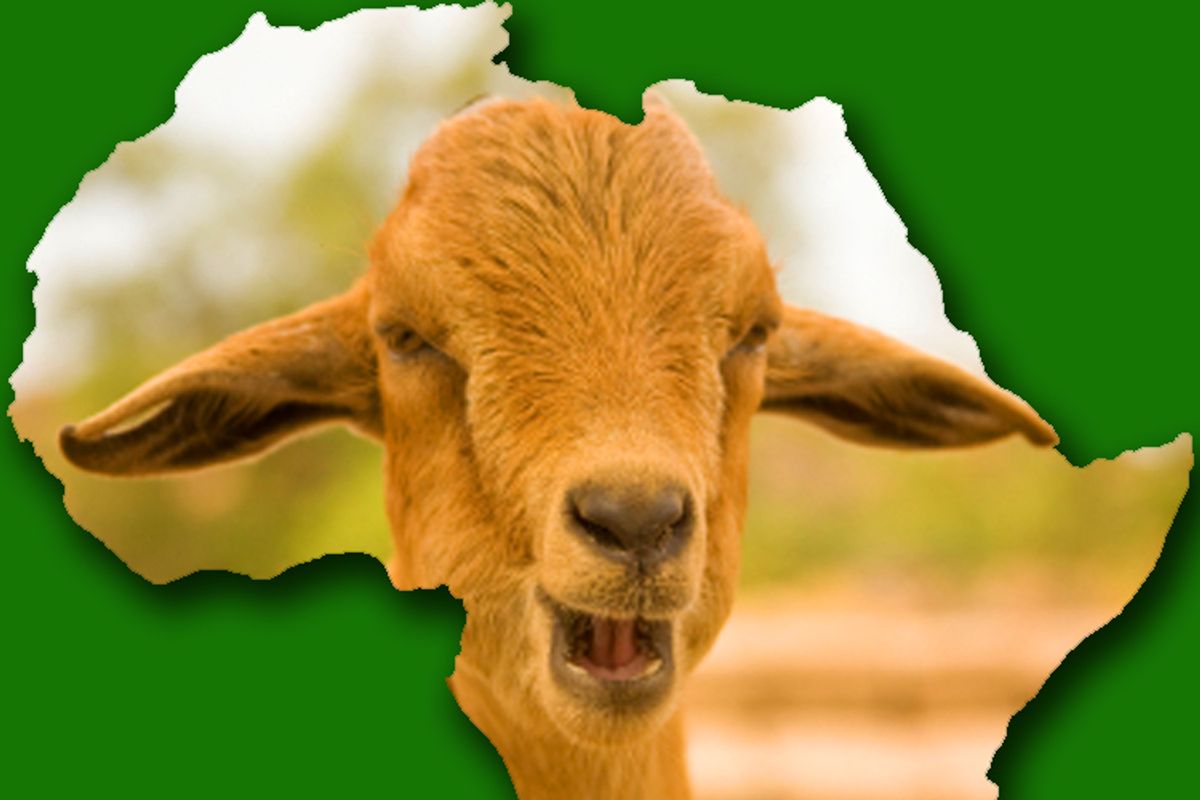 The butcher took a long blade and thwap, sunk it deep into the sheep's ribcage. Thwap. The next cut cracked bone. Soon the man was wrapping a large piece of flesh in newsprint. My Senegalese host mother -- maman as I called her -- handed him a bill and he passed me the heavy, warm package, which was already beginning to bleed through onto my hands. Dinner.

I don't know what I expected when maman demanded earlier that morning, "Come with me to buy some meat," but it definitely wasn't this. In fact, if I were to write a memoir of the four months I spent as a student in Senegal, I would probably call it, "I Don't Know What I Was Expecting, but It Wasn't This: The Ryan Brown Story." Every moment, especially in the early days, was rife with opportunities for bewilderment. I would get into a taxi, only to have the driver stop along the way to pick up his friend -- and then drive him home first. Or I would respond to a man's "hello" on the street and he would shoot back, "Je pense que je t'aime." I think I love you. Apparently the concept of "Africa time" doesn't apply to matters of the heart.

But it was the inconspicuous act of eating that took the cake in the unexpected events category. And by "cake" I mean "bleeding hunk of sheep." Because I sure ate a lot more of the latter than the former. Which is weird because as far as the world outside of Senegal is concerned, I am a vegetarian.

For the 10 years prior to my touching down in West Africa, I hadn't eaten any meat. It was a choice rooted in my 11-year-old self's proud sense of morality and justice. At the time, it felt like the most serious and autonomous choice I had ever made, the first thing in my life I can remember really taking control of. I kept it around throughout my teenage years out of a combination of belief and habit. It always seemed like a straightforward -- albeit incomplete -- way to demonstrate that I cared about where my food came from. And what the hell, I just got used to doing it.

But here's the problem with believing in something unconditionally: It gets in your head, it rattles around a bit, and often, if you're not careful, it starts to come loose. By the time I was 20, I had reached a point where I wasn't completely sure why I was vegetarian anymore. The morality behind the original choice felt distant, and I realized there was another ethic of eating that I was ignoring, one that said, "When people open their house and table and prepare food for you, you eat it. No quibbles." How many times as a vegetarian, I thought, had I refused the food that was offered to me, out of generosity and hospitality, because I didn't eat meat? I was suddenly and powerfully ashamed of this fact.

So when I got to Senegal, I decided to try life on the Planet Carnivore again, to put the pause on my vegetarianism so that I could live - -and eat -- like the Senegalese. I wish I could say the journey was dramatic, but it turns out eating meat is a lot like eating anything else. Bite. Chew. Swallow. Repeat. And whatever qualms I had about where my food was coming from were absolved the day I came home from school to find a blasé-looking sheep munching a mound of grass outside my house. Four hours later, he was dinner. The abrupt nearness of the process was oddly comforting.

In Senegal, entire days were set into orbit around a meal: the hours spent preparing it, the long, rambling affair of eating itself, and the lethargic process of cleaning it all up and beginning again. And for me, meals were the one time I felt truly at ease in West Africa. Most of the time, I was a glaringly obvious specimen of foreigner -- a white, non-Muslim American woman with a series of bizarre social tics like wanting to tip waiters and constantly arriving on time to meetings. I'd taken a few semesters of French before I came, but I was a train wreck of a student, and the French I heard in Senegal sounded suspiciously to me like a cross between the smooth, well-enunciated words of my language teachers and someone gargling salt water. Conversations became fill-in-the-blank word puzzles: I think asdkkla bklqk krjty orange adskv yoowe if you like asvk ek weowoc President Obama?

But when we were eating, things were much simpler. My appetite could convey what my mouth constantly stumbled over: how grateful I was for the people who had welcomed me, for the kindness with which they had treated me and the magnanimous generosity they were endlessly displaying. And so I ate. And ate. And ate. Grilled fish and red rice. Beef with thick peanut sauce. Lamb and spiced couscous. Until it all started to taste comfortable, even familiar.

One night, I went out with some American friends to Dakar's lone Thai restaurant. We scoured the menu and then I flagged down the man I assumed to be the waiter. But just as I was opening my mouth to request a plate of pad thai, he cut me off. "You can't order from me," he said.

"He's eating his dinner," he said flatly. And then, before I could object, he turned and walked away from the table.

By then I had been in Senegal long enough that I should have known this rule already; nothing, least of all a customer in your restaurant, interrupts a good meal. Food is something you pause for, and something for which you should always be willing to wait.

On the surface that has nothing to do with being vegetarian, except that for me it had everything to do with it. In the U.S. I was vegetarian because I could be, because food was an on-demand commodity in my life and I lived with the knowledge that for the most part I could eat what I wanted when I wanted -- and stop eating whatever I decided I didn't want. But in that gaudy and out-of-place Thai restaurant in Dakar, I remembered that for most people, that particular luxury does not exist.

The last week I was in Senegal, maman unexpectedly offered to drive me to school one morning, something she had never done before. But as soon as we were in the car, she turned to me and asked, "Est-ce que tu es pressée?" Are you in a hurry? I shook my head. "Bon," she said and kept driving. I don't know where we were when suddenly she pulled over, reached across me, and opened the passenger side window. And then she was calling out to a man on the street in Wolof, and before I could figure out what was going on, he'd lunged his hand through the open window, with two live chickens dangling from it.

The little guys wiggled around wildly, shedding tiny feathers in my lap and staring at me with serious, beady eyes. They keep hanging there as maman and the vendor launch into an animated bartering session. After a few minutes of this, the chicken man withdrew his hand suddenly and maman passed him a crisp bill. In turn, he handed her one of the chickens, which she accepted calmly and deposited in the back seat. Without a glance back, she turned the ignition and began to drive again.

Meanwhile, on the seat behind me, the chicken stayed totally still. I don't know if it was how they had his feet and wings tied or if he was just terrified, but the thing literally didn't struggle at all. It just pivoted its tiny head back and forth, surveying the beige leather of the car.

I was wondering how my host mom was going to kill our new companion and what she'd cook him with when she stopped the car again and honked to a homeless man begging across the street. As he hobbled over, she rolled down her window and, without saying anything, reached into the back seat and handed him the chicken. He mumbled some kind of thanks and she pulled the window shut again.

"Maman," I asked as we began to drive away. "What just happened?"

"I'm giving alms," she said simply. It's a Muslim way of saying thank you, she explained, for the blessings life has brought to you. Thank you for the money I have, my family, the food I can eat. And thank you for the good fortune to be able to give someone else a meal.

A few days later, I was back in the U.S., and I had once again flipped off the meat-eating switch. But being vegetarian felt less ridiculous when it came weighted with the knowledge of exactly what it was: a choice. Vegetarianism wasn't a matter of absolutely or an absolutely not. It is just the way I preferred to eat, a preference for which I tried to remember to say, not to Allah or anyone else in particular, but just the universe around me, thank you, thank you, thank you.