The creeping threat of backdoor privatization

Bit by bit, financial responsibility for some of the most important public services is being passed on to you 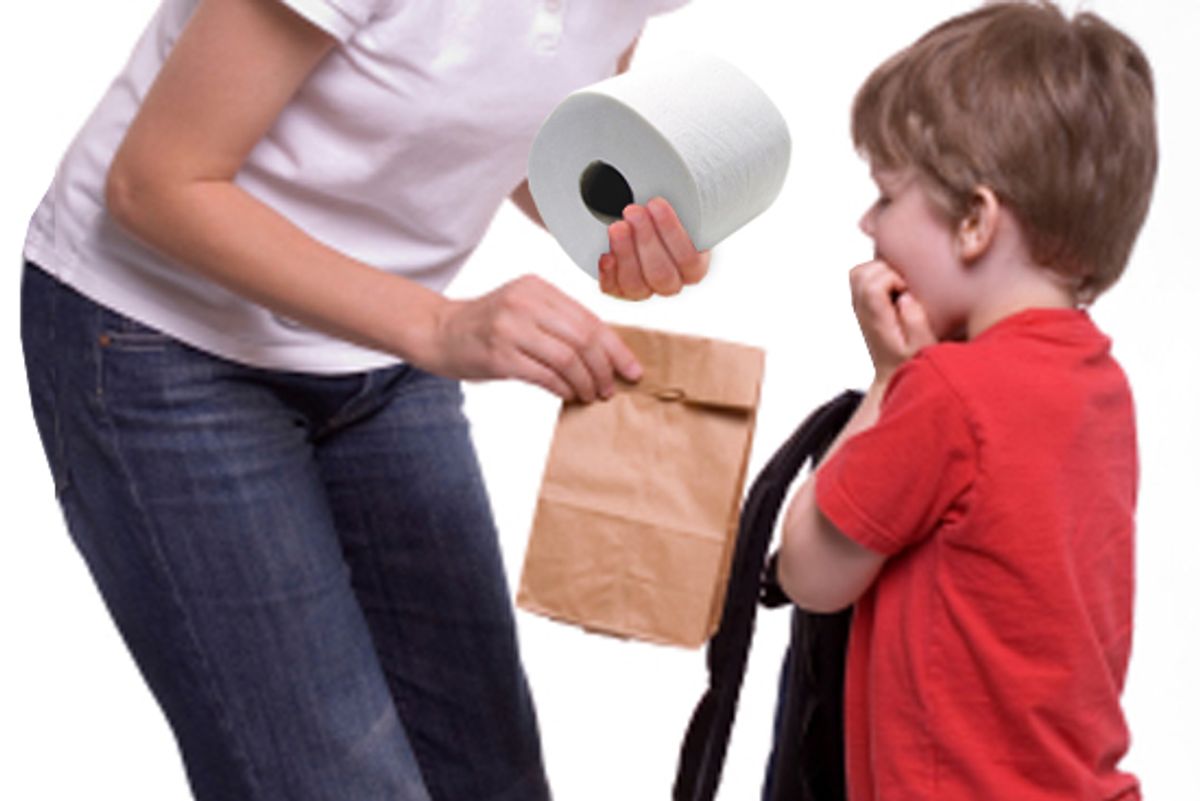 It has come to this: Parents are now being asked to send their children to school with their own toilet paper. And not just toilet paper, but all sorts of basic items that schools themselves used to provide for kids. It's all part of a disturbing trend, highlighted by the New York Times last week, of cash-strapped public schools -- their budgets eviscerated by state cutbacks -- shifting more and more financial responsibility onto parents.

Privatization meant transferring responsibility for entire programs or functions to the private sector. But with the drastic budget cuts that states have been forced to make, responsibility for public services and programs is literally being forced into private hands one roll of toilet paper at a time. We've entered the era of backdoor privatization.

On the surface, these stop-gap measures don't seem unreasonable. After all, it's hardly new for parents in well-off school districts to chip in for supplies, music classes and even teacher’s salaries in an effort to minimize the effect of school budget cuts on their children. What is new, though, is the extent to which families are being asked to contribute basic items. This may be too much to ask of parents who are struggling to pay their own bills -- especially since they’ve already paid taxes that are supposed to support the public school system.

Nor is backdoor privatization a phenomenon limited to local schools.

Public university systems are increasingly emulating private universities by turning to wealthy alumni for donations -- even as tuition rises because some legislators see hiking it as a way to raise money for their fungible state budget items.

Missouri, Georgia, and Arizona have been forced to slash their transit budgets and services, leaving hundreds of thousands without a way to get to their jobs, or to a doctor, or school. This has forced thousands of people to revert to private modes of transportation.

Many states have also cut funding for fire and police departments, resulting in slower emergency response times and diminished crime investigation. Fire department cuts have exacerbated the trend in wildfire-prone areas (among those who can afford it) of hiring private firefighting companies to protect homes, heralding a return to the 19th-century practice in which private firefighting companies raced each other to put out blazes and collect their reward.

Some towns have even started to shut off street lights to save money on electricity bills.

This backdoor privatization diminishes the quantity and quality of the services available to the general public while nurturing the growth of a parallel profit-making infrastructure for those who can afford supplementary services.

Presumably, such budget cuts are temporary, a product of the recession. But it’s not hard to imagine a future in which, say, ever-strapped state and local governments decide to follow the private sector’s lead in taking advantage of new "efficiencies." In fact, some schools are already refraining from hiring needed teachers despite receiving federal dollars to help tide them over for the year. And even temporary cuts can do a lot of damage: Public transportation reductions, for example, can force people to give up jobs that require them to commute to work.

Certainly, some budget cuts are necessary in difficult economic times. But when we decide it’s better to turn off street lights and shut down bus lines than to raise taxes on the rich, reduce charitable tax deductions, or create a value-added tax, we are deciding that the quality and availability of the public goods should be determined by the amount individuals can pay -- and not the amount a rich nation can afford. It’s a choice that undermines not only our claim that we value "ordinary Americans" as equals but also our ability to produce the healthy, educated, productive population on which our future prosperity depends.

The best-case scenario is that the impact of these cuts will help people understand just what their tax dollars are paying for and spur greater consciousness about the relationship between public spending and public goods. Now that shortages of teachers and books are spreading to suburbia, we’ll decide that shortfalls in education funding are unacceptable after all.

The worst-case scenario, though, is that reduced public spending on essential goods and services will continue to hollow out our infrastructure and reduce our capacity to meet the needs of most Americans. And that rather than have a real conversation about which public goods we consider essential and what we’re willing to do to pay for them, we’ll gradually starve core programs until working- and middle-class Americans grow accustomed to a lower standard of living while better-off Americans pay out of pocket for benefits that everyone once enjoyed.

Here’s hoping for a wake-up call.