Are bloggers getting extra "advertising" cash from campaigns? And is Mike Huckabee's endorsement for sale? 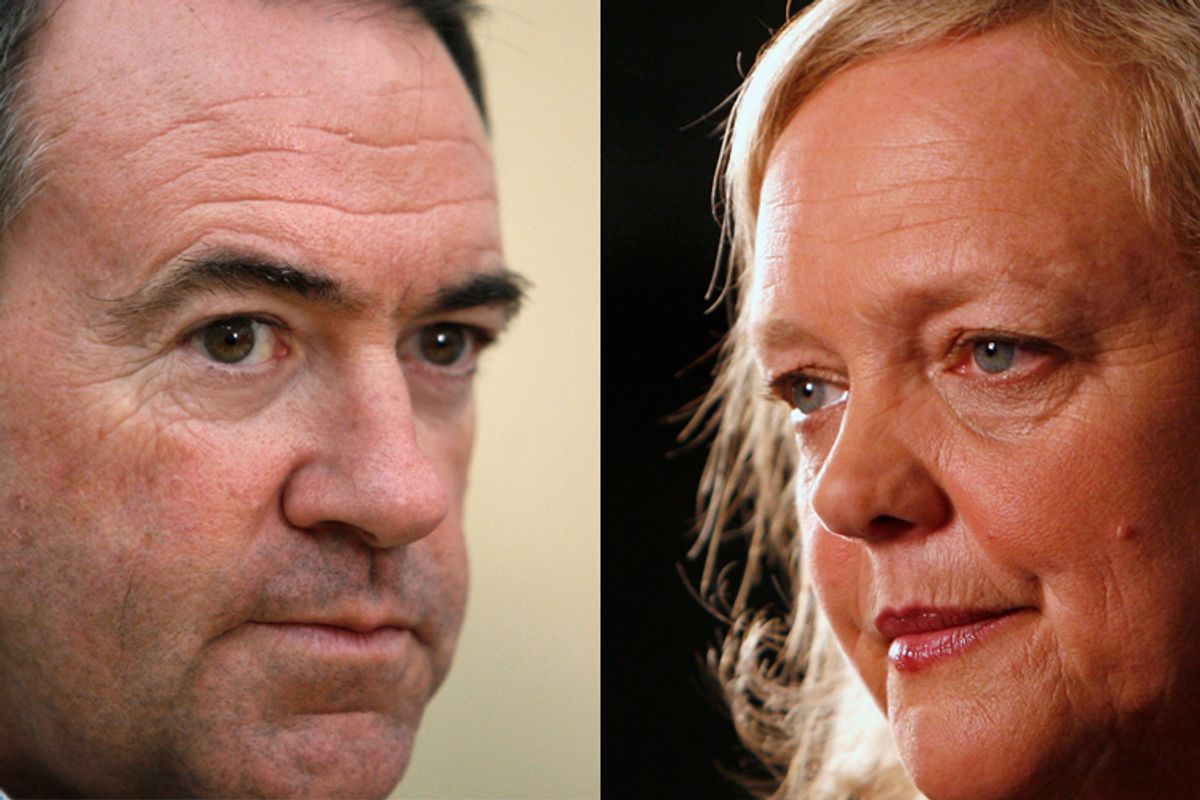 Jonathan Strong's Journolist stories demonstrated a propensity for exaggeration and occasional outright invention, so I take this with a grain of salt. But an unnamed campaign operative does call it "standard operating procedure" to pay for good coverage.

According to Strong, a strategist for former California gubernatorial candidate Steve Poizner hired a blogger named Aaron Park as a "consultant," although Park did not disclose this fact at "Red County," the conservative blog he wrote for. Which was smart, considering Red County had, in fact, received $20,000 from the campaign of Poizner's opponent, Meg Whitman.

Apparently a number of small-market, barely read political blogs are seeking -- receiving -- extremely inflated sums of money for "advertising." But on the whole, the DC's article seems to be sexed up beyond the point of usefulness, as I have no idea how common the practice is or if it even happens outside of a few isolated incidents.