Ron Paul vs. Rand Paul on the mosque

Ron Paul goes after conservative critics of the so-called "ground zero mosque," a group that includes his own son 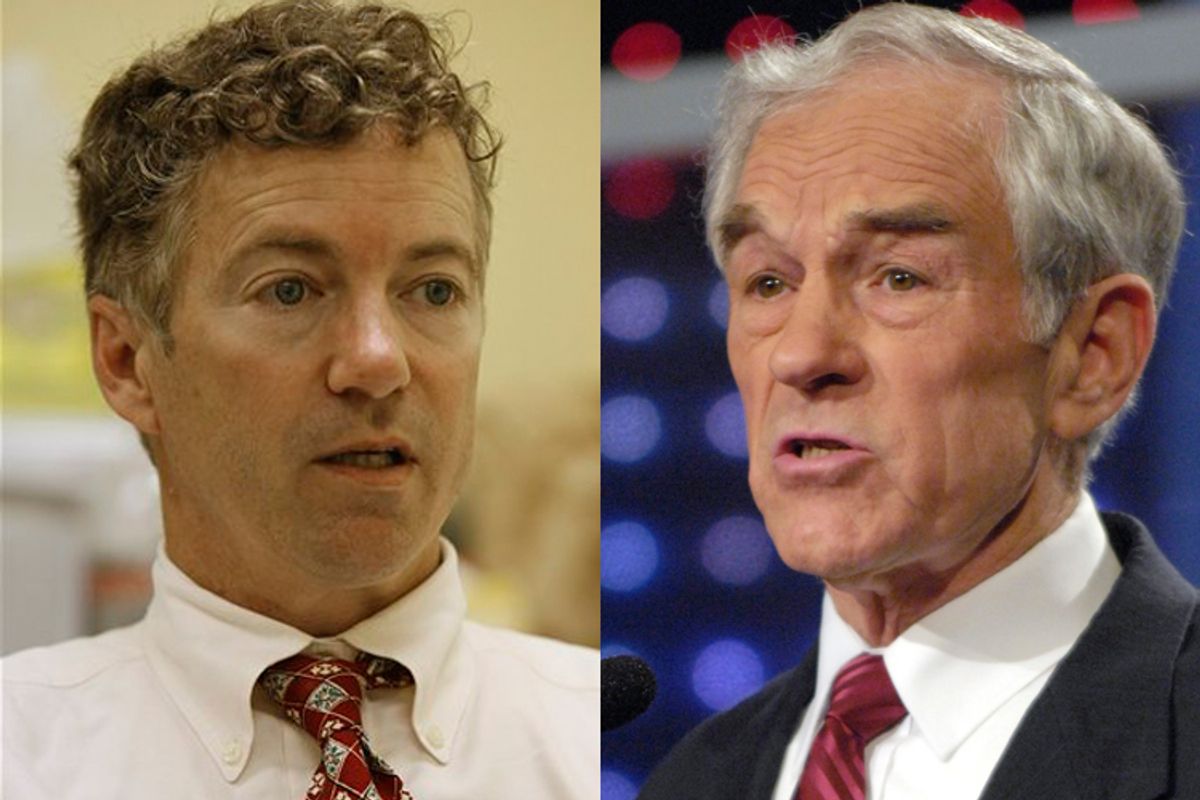 Rep. Ron Paul, R-Texas, is out with a strong new statement going after conservative critics of the Islamic community center near ground zero that implicitly criticizes his own son, Kentucky Senate candidate Rand Paul.

The background here is that Rand Paul has been on the record several times saying that, while he doesn't support any federal intervention, he does not think the so-called "ground zero mosque" should be built. "I think reconciliation is best promoted by -- instead of having a multi-million dollar mosque -- maybe having a multi-million dollar donation to the memorial site, would be better for all," he told the Daily Caller. (His opponent, Democrat Jack Conway, has said much the same.)

Now here's a taste of Ron Paul's scathing statement on the matter, which slams the position taken by many conservatives, including his son:

The debate should have provided the conservative defenders of property rights with a perfect example of how the right to own property also protects the 1st Amendment rights of assembly and religion by supporting the building of the mosque.

Instead, we hear lip service given to the property rights position while demanding that the need to be “sensitive” requires an all-out assault on the building of a mosque, several blocks from “ground zero.”

Just think of what might (not) have happened if the whole issue had been ignored and the national debate stuck with war, peace, and prosperity. There certainly would have been a lot less emotionalism on both sides. The fact that so much attention has been given the mosque debate, raises the question of just why and driven by whom?

In my opinion it has come from the neo-conservatives who demand continual war in the Middle East and Central Asia and are compelled to constantly justify it.

The whole statement is worth a read, and it highlights another issue that, unlike his father, Rand Paul has been conspicuously laconic on: the wars in Iraq and Afghanistan.