Marco Rubio is not angry anymore 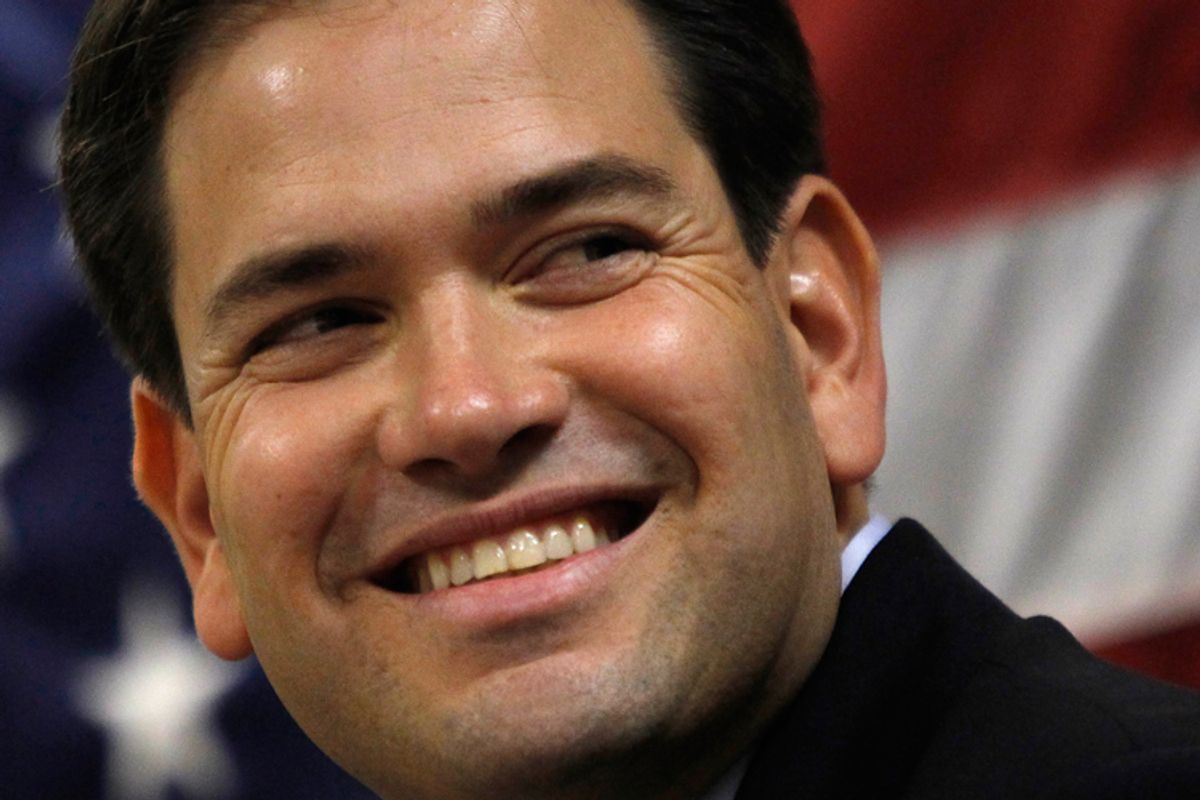 Marco Rubio was supposed to beat Charlie Crist in the Florida Republican primary by being the tea-partying real conservative. But then Crist took his ball and left the Republican party completely. And so Rubio naturally shifted to general election mode, which, for all Tea Party candidates, means not acting like a crazy tea partier anymore.

Florida, like all our states, has its share of nuts and xenophobes, but it is a good deal more moderate than Rand Paul's Kentucky. And a GOPer, even in a three-way race for 34% of the vote, will have to win over some folks who may think that the president is a Muslim, but don't necessarily mind. But is Rubio going too far in his quest for moderate votes? Listen to him, he doesn't even seem to think that the federal government should be prevented, by any means necessary, from functioning:

Mr. Rubio spends less and less time trying to tap into the discontent that has been at the forefront of the midterm elections. A wiser course for Republicans, he said, is offering an alternative, not simply being the angry opposition.

“The solution isn’t just to paralyze government,” Mr. Rubio said in an interview as he traveled the state last week from here in the Panhandle to Miami. “Vote for us because you couldn’t possibly vote for them? That’s not enough. It may win some seats, but it won’t take you where you want to be.”

This is apparently the work of "close adviser" Jeb Bush, who is helping to package Rubio as "an optimistic conservative," and not a fiery Know-Nothing anti-Washington goldbug zealot. Rubio even told a voter, "I am not running for the United States Senate because I want to be the opposition to Barack Obama, Nancy Pelosi and Harry Reid," which is basically tantamount to treason.

The local Tea Party organizations, though, still support RINO Rubio, because, you know, they're just Republicans in stupid hats.