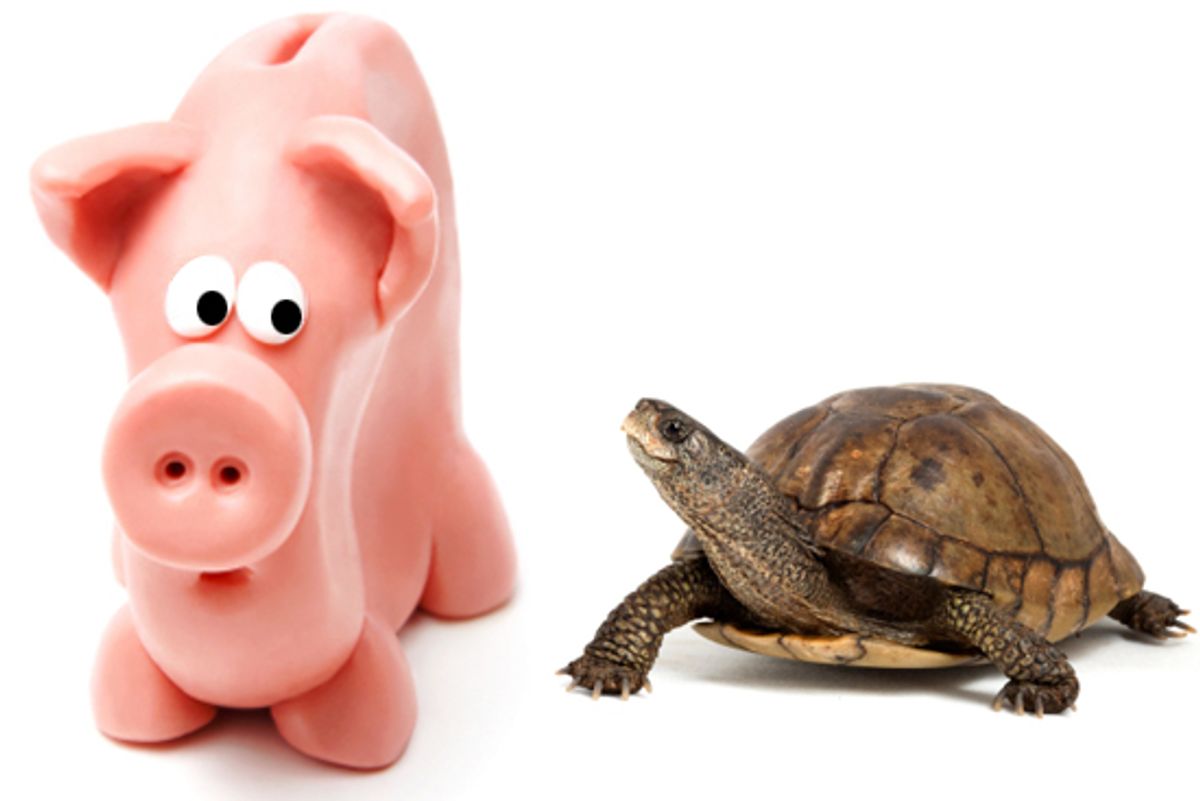 The provocative research conclusions of Matthew Kahn, an environmental economist at UCLA, have intrigued How the World Works on numerous occasions, with the most recent occasion being just this March. But his latest discovery -- that people care less about global warming and more about unemployment during recessions -- belongs in the way-beyond-obvious category. (Hat tip: Freakonomics.)

Using data from Google Insights, we have created a weekly database from January 2004 through February 2010 of keyword searches by state for two terms --"global warming" and "unemployment." We then ask the question: How do changes in a state's unemployment rate affect Internet search activity for these two keywords within the state?

I will not question the fact that Google Insights can be employed by academic researchers as a powerful tool to discern zeitgeist changes over time. That's neat, and I'm sure we'll learn a lot from future creative research projects. But in this case, Kahn and his co-author Matthew Kotchen are operating in clear dog-bites-man territory. The worst labor market in generations is naturally going to dominate our attention spans to the detriment of other overarching problems. I'm also guessing that higher unemployment rates are correlated with lots of other shifts in searching behavior. I'd bet good money that the number of searches for "new boat," "vacation in Hawaii," and "no money down option-ARM mortgage" also registered significant declines relative to concern over unemployment. There's a reason why Proposition 23, the oil-company-funded initiative on the California ballot aiming to suspend the state's global warming law, is being framed as a job-saving plan. Charity starts at home -- and when you're unemployed, or worried about your existing job, that is -- and should be -- your first priority.

An opinion piece in yesterday's New York Times by Thomas Homer-Dixon spells out the cruel reality in unblinking terms. The political will to deal with global warming will only be generated by a disaster equal to or worse than the financial crisis we just lived through.

[W]e'll almost certainly need some kind of devastating climate shock to get effective climate policy. That's the key lesson of the recent financial crisis: when powerful special interests have convinced much of the public that what they're doing isn't dangerous, only a disaster that discredits those interests will provide an opportunity for comprehensive policy change like the Dodd-Frank financial regulations.

Of course, the most cutting criticism of the Dodd-Frank bank reform bill is that it does not appropriately deal with the root causes of the financial crisis, so maybe even a devastating climate shock won't be enough. But the underlying point is still valid. Humans are lazy and short-sighted and rarely get their ass in gear unless someone lights a fire under their butts.

We didn't need a rigorous Google-driven analysis of search patterns to tell us that.