What to know about the great egg recall

With a half-billion eggs tainted, how to keep safe from salmonella, and what this mess means 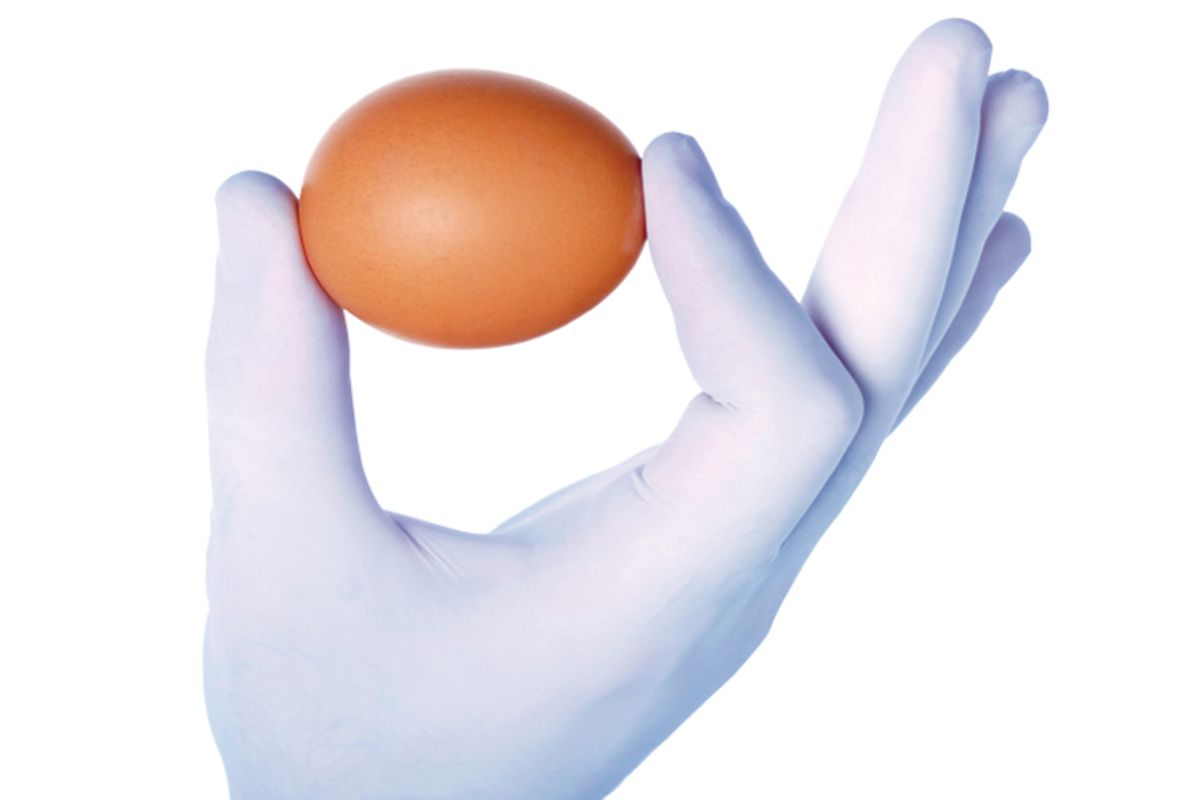 The incredible edible egg is starting to seem like a cup of poison these days, what with a recall of half a billion of the poor things. At this scale, all the numbers that fly around the story are staggering: The recall is tiny compared to our total production of eggs, which is something like a hundred billion. Still, as many as 39,000 people may have been sickened with salmonella ... and right about here is where most brains will usually do two things -- turn to mush trying to imagine what these numbers mean, and flash a big red X on eating raw eggs. I'm trying to make sense of it myself. But, first off, if you're concerned about your egg safety, there are some easy things you should know.

Salmonella and its discontents

Beyond the safety angle, though, what's deeply fascinating and disturbing about this recall is the degree to which our factory farming system allowed it to happen. After 30 years of attempts, the FDA finally rolled out safety regulations for eggs in July (a story laid out in painful detail by Marion Nestle), but the outbreak of salmonella traces back to eggs produced in May. Before those regulations came to be, as is the case in much of our food supply, the world of egg safety was perversely split: The USDA was responsible for inspecting the chickens and the chicken plant, but the FDA inspected the eggs themselves, the kind of labyrinthine system that creates cracks for things to fall through. One hopes the new FDA regulations would mean a close to that system, but just today, FDA Commissioner Margaret Hamburg was on TV basically pleading for more resources for the agency to be preventive rather then reactive to outbreaks. So while there is reason to be hopeful, the lack of thoroughly effective regulation is a problem.

Without that effective regulation, how tenable is our food system? Free marketers argue, of course, that it's the industry's self-interest to make sure their product is safe, and so while mistakes will happen, we should be assured that the market will take care of any literal and figurative bad eggs.

But then how do we account for a free market stud like Austin "Jack" DeCoster? A self-made egg millionaire and a presumed Ayn Rand fan, DeCoster's plant sits in the improbably named Galt, Iowa. But, as Tom Philpott of Grist.org writes, DeCoster is "one of the most reviled names in industrial agriculture," with a history that goes back nearly 15 years of running what then-Secretary of Agriculture  Labor Robert Reich called "an agricultural sweatshop," and violating worker-safety regulations that eventually culminated in charges -- which he settled out of court -- of his supervisors raping undocumented immigrant workers. In another page of DeCoster's proud accomplishments, he managed to be the first-ever "habitual offender" of Iowa's water-safety laws. And now, he owns both Wright County Egg, which produced 380 million of the recalled eggs, and the company that sold chicks and feed to the other farm implicated in this recall -- ingredients suspected to be the source of the salmonella outbreak.

If the market would really take care of these problems, what is DeCoster still doing in business? The fact of the matter is that in the market, plenty of producers aren't aiming for impeccable quality and lowest price; they're aiming at what they can get away with in a broken system of underfunded inspections and opacity to consumers. And, in doing so, they can also accumulate massive power, a scale of operations that means the mistakes of one person or company can get thousands of people sick.

But in a strange way, I find the outrageous story of DeCoster hopeful. Advocates of sustainable food, from policy wonks to people who are simply fans of shopping at farmer's markets, often talk about the value of knowing who, not just where, your food comes from. Well, in the case of a half-billion tainted eggs, America is getting to see whom much of our food comes from. Rightly or wrongly, we operate on narratives, not boring facts and figures, and DeCoster is giving our national consciousness a perfect villain to embody all the greed, cynicism and abuse of industrial farming. Maybe his story will shine a bright light on chickens penned seven to a cage the size of an open newspaper. Maybe through his story, we'll see the physical and mental abuses of people working in these poultry plants. And maybe that story will finally provoke the outrage that will get, among other things, the Senate to pass the Food Safety Bill that was finished in the House three years ago. Maybe this story will be the difference. Maybe.