A tea party senator from Alaska?

With primary votes still being counted, conservative Joe Miller has a real shot at being the next Alaska senator 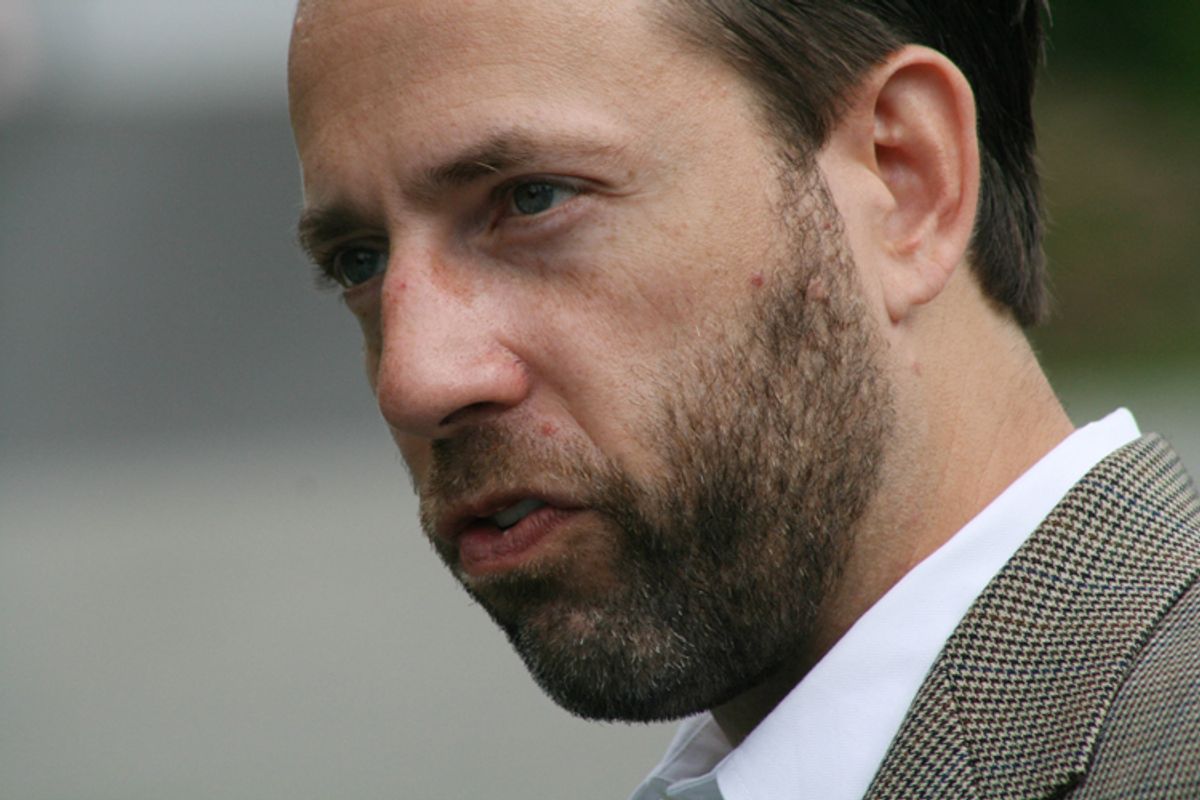 (UPDATED)Right now votes are still being counted (all 90,000 of them) in the Alaska Republican Senate primary, and tea partier Joe Miller has a narrow lead over incumbent Sen. Lisa Murkowski. If he pulls through, Miller has a good shot at winning the general in the deeply conservative state.

So besides the fact that he is a friend of Todd Palin and was endorsed by Sarah Palin (and some other marquis conservatives), what do we know about Miller?

First, the topline bio details: The 43-year-old father of eight (family pictures here) was born in Kansas and graduated from West Point. He served in the first Gulf War. He went to Yale Law School and moved to Alaska to take a law firm job. He soon became a U.S. magistrate judge before stepping down in 2004 to make an unsuccessful run for state representative. He is currently an attorney in private practice in Fairbanks.

Miller's campaign got a huge boost from the California-based Tea Party Express, which poured $600,000 into ads painting Murkowski as a liberal. He's also endorsed by Glenn Beck's 9-12 Project. His positions on the issues -- though we don't know many specifics -- would put him in line with diehard conservatives in the Senate like Jim DeMint of South Carolina. He says not only that he would repeal what he calls "ObamaCare," but that the health care overhaul law is not consititutional. Ditto for cap and trade legislation: he opposes it, and argues it is unconstitutional.

Miller has said he would cut funding to the U.N. and the IMF and other foreign aid, but maintained in a letter to seniors he would not cut Social Security.

In a recent interview, Miller said he was not running on a birther platform, but equivocated about whether he thinks President Obama is a citizen. And he followed through on a pledge to put "candidate records" online -- see them here, including his West Point diploma and his wallet-sized amateur radio license. There's also an NRA benefactor certificate, but no birth certificate.

If he pulls through in the primary vote count, Miller will face Sitka, Alaska, mayor Scott McAdams in the fall. Read more about McAdams here.

Finally, here's a taste of Miller in action, in a debate with Murkowski:

UPDATE: Here's another fun Miller video -- in which his supporters march down the street carrying assault rifles during a parade last month: