Mary Bale thought no one would see when she dumped Lola in a trash can. But the Internet found out and got mad 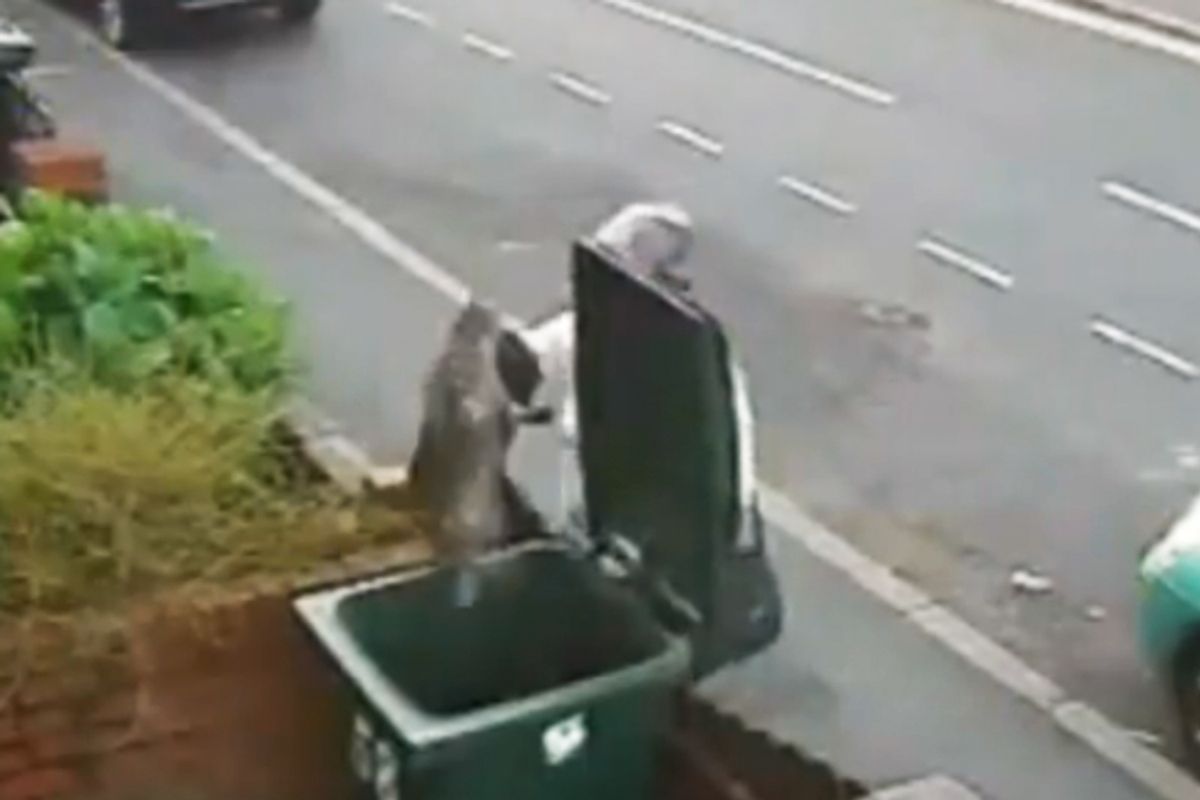 Case closed. The Panopticon is here, signed, sealed and delivered. We've seen it coming since as far back as the days of Rodney King, but a few cops caught on hand-held video in the pre-Internet era is nothing compared to what the combination of ubiquitous closed-circuit television, videocam-equipped smart phones, YouTube, Facebook and Twitter have wrought. All of society now fits into Jeremy Bentham's vision of an all-seeing, all-knowing prison. Henceforth, no one is safe from society's pitiless scrutiny. Or maybe that means everyone's safe, because no one can get away with spontaneous spasms of crazy evil. It's hard to be sure.

That is the paradox raised by the extraordinary story of Mary Bale, the now-notorious "cat-bin woman." On Saturday, Bale, age 45, was walking down a street in Coventry, a city in the county of West Midlands in England, when she happened upon Lola, a 4-year-old tabby cat minding her own business. As captured by closed-circuit television, Bale first pets Lola, and then, for reasons that will probably never be fully clear either to herself or to the rest of the world, picks the cat up by the scruff of the neck, pops open the top of a nearby trash bin, and deposits the poor feline inside. Looking for a glimpse of the darkness that resides inside the soul of every human? Watch the video. It's not pretty.

According to the Daily Mail, the cat's owner, Darryl Mann, heard Lola meowing from inside the bin some 15 hours later. After inspecting footage from his own security cameras, he posted the video of the woman and the cat to a Facebook group. Cue: Viral video madness.

Now the whole world hates Mary Bale. Hundreds of thousands of viewers have weighed in, and its safe to say that Bale doesn't have a whole lot of fans. Death threats are flying around the Internet. The police have stationed guards at her home. Bale told the Daily Mail, "I did it as a joke because I thought it would be funny." She doesn't think it's so funny now.

It is not clear to me from the press coverage whether the police identified Bale on their own or whether the culprit was nailed by someone watching the footage on Facebook. But regardless, the lesson is the same: Video surveillance is a fact of public life, the ability to transfer that video to a distribution platform accessible to the entire computer-connected world is now absurdly trivial, and the emergence of social networks as powerful as Facebook means flash mobs can rise up in an instant's notice to vent their rage far and wide over whatever transgression has most recently captured their Twitter-induced ADHD imagination.

Does this constitute progress?

If, as a result of all this cat-bin lady furor, society registers a drop in the number of incidents involving trash cans and innocent pets, maybe some good will come out of all this. Certainly, the proliferation of amateur video has proven to be a significant, and growing, check against the kind of police abuses that were once committed routinely without any fear of reprisal. But there's still something spooky about our transformation into an everybody-watching-everybody-else-all-the-time society. Fifteen years ago, Darryl Mann would have found his cat in a trash can, been consumed with rage at the anonymous idiot who committed this terrible insult to the feline sensibility (or, more likely simply assumed it was an accident), and that would have been that. Yes, Mary Bale would have continued merrily on her way, free to inflict her reign of garbage-receptacle terror on the rest of Coventry's undeserving pets, and that would have been too bad. But I'm not overly infatuated with the alternative scenario either, in which every publicly visible human foible becomes viral video grist for the free-floating rage of a billion strangers.

But I guess we'll just have to get used to it. I don't think we're going back.