He may be sorry about his "milk cow" comment, but the real feminist outrage is his attack on Social Security 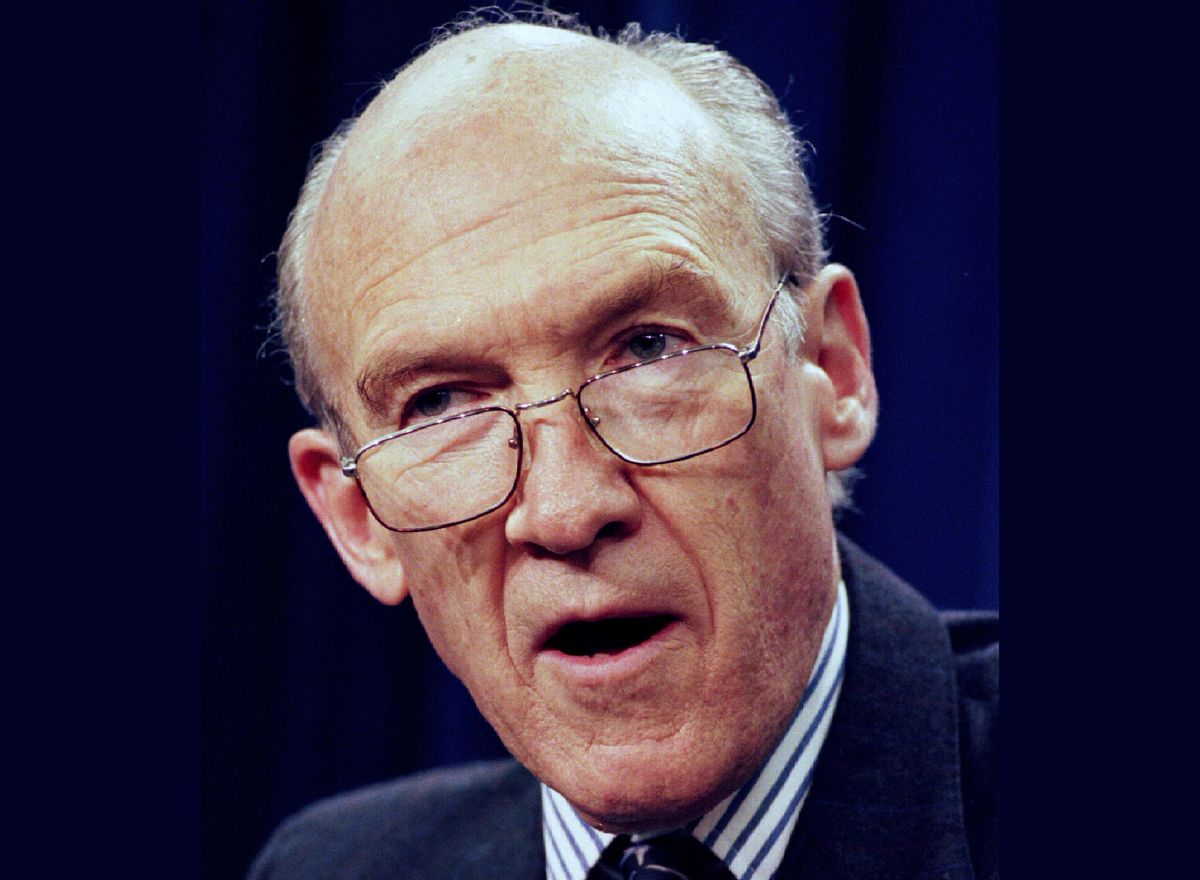 Sen. Alan Simpson discusses his retirement plans and his agenda before leaving Congress next year, December 4 during a news conference on Capitol Hill. Simpson, 64, announced on December 3 that he would not run for a fourth term, saying he no longer had the fire for the fight (Â© Mike Theiler / Reuters)
--

In response to calls for his head on a platter, Alan Simpson offered an apology today for that whole "a milk cow with 310 million tits" comment. "I certainly did not intend to diminish your hard work for the Older Women's League [OWL]," he wrote in an e-mail to Ashley Carson, executive director of the organization. "Over the last 40 years, I have had my size 15 feet in my mouth a time or two. To quote my old friend and colleague, Senator Lloyd Bentsen, when I make a mistake, 'It's a doozy!'" Aw shucks, how cute.

It's nice that Simpson has apologized for his uncouth, unprofessional and highly patronizing e-mail. But the real outrage isn't his use of the word "tit," nor is it his remark about how "people like you babble into the vapors about 'disgusting attempts at ageism and sexism' and all the rest of that crap" (a line far more offensive than the bovine reference, I'd say). No, the problem here is that the president appointed Simpson as co-chair to his Deficit Commission knowing full well that he has a political ax to grind against Social Security. Make no mistake, this is a feminist issue.

Women live longer than men and are less likely to have a family member to take care of them in old age. They are more likely than older men to be single or widowed, living in poverty and dependent on Social Security. Efforts to cut back, restrict and privatize Social Security disproportionately hurt women, lower-income men and minorities. As Carson wrote in the editorial that prompted Simpson to make an ass out of himself, "If he doesn't need his Social Security check, then perhaps he should donate the money to a homeless shelter, because that's where many older single women will live if he reduces their benefits."