How I learned to love being a vegetarian

16 years later, I've come to terms with what it means to me -- not sacrifice, not gospel, just being 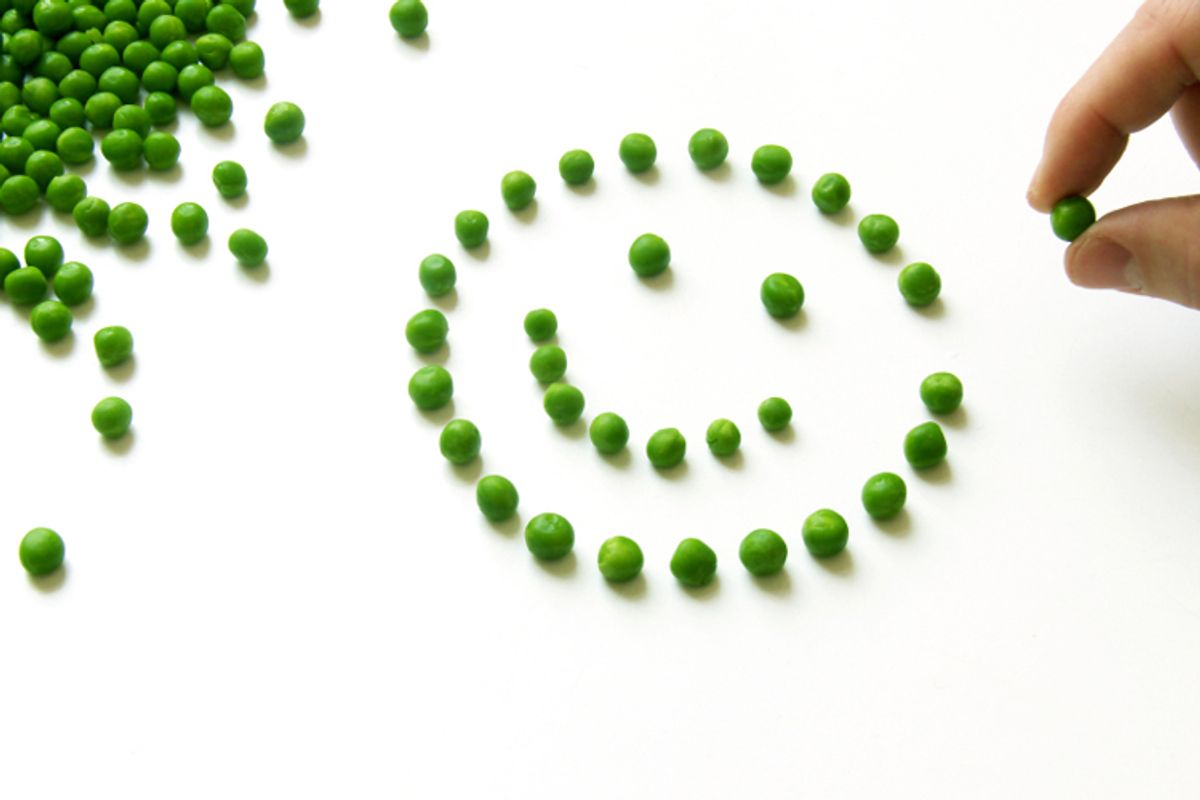 Over the last week, Salon has featured a series of essays about our complex relationship with eating meat. Some of these pieces were written by meat-eaters who question their choices, and some authored by confused, troubled and temporarily lapsed vegetarians. In the letters section, though, accusations flew: Salon, evidently, was "funded by the meat industry" and hell-bent on "trying to turn vegetarians into meat eaters." The same question echoed throughout each thread: Why can't Salon publish an article about a content vegetarian for once?

I am a content vegetarian. I've lived with being a vegetarian for so long that most people I meet don't notice it. I don't try to hide my dietary restrictions, but I'm not shouting from the rooftops either. After a more vocal youth, I no longer feel the need to spread the gospel of meatless eating. At some point, I found a combination of peace and internal conflict that keeps me happy to just be.

I stopped eating meat when I was 8. It was your typical "city girl goes to the country for sleepaway camp, realizes cute farm animals turn into meat products and declares vegetarianism" story. In the immediate aftermath, the decision wasn't particularly difficult: The camp was run by hippies and had an entire meatless section in the cafeteria.

My parents were understandably horrified when I returned home. I was an infamously picky eater whose preferred diet consisted of pizza, cereal, bagels and hot dogs. Getting rid of meat would significantly cut into the foods I was willing to eat. They did strike a deal with me, though: Fine, be a vegetarian, but you need protein, so you have to eat fish.

Over the next few years, I went through the vehement phase of my vegetarianism. Factory farms were unspeakably cruel. Family farms betrayed the trust between animals and their human keepers. (At that age, I didn't understand that small farming operations barely existed in America.) The concept of raising a creature for slaughter was disgusting. My high point was when I convinced one of my friend's fathers to become a vegetarian. Another victory for the environment and animals everywhere!

As time went on, though, passion faded into habit. I quit eating fish on principle when I was 16 (and largely beyond the purview of my parents' maxim), but the intensity was gone. I didn't feel the need to bring anyone into the light.

There have been times when not eating meat felt downright silly: Of all the problems in the world, this was the one I decided to take a definitive stance on? Weren't the rights of women under the Taliban more important than those of cattle in slaughterhouses? Shouldn't I be more concerned with the wars America was waging overseas than with methane gas produced by cow flatulence? Didn't the genocide in Darfur rank higher on the list than the killing of a few more chickens? And didn't my mere ability to be a vegetarian just smack of upper-middle-class privilege?

For a while, I did feel conflicted about being a vegetarian, but never about the actual not eating meat aspect of it.  My ambivalence stemmed from ideas of what being a vegetarian meant and how it reflected on me as a person. I hated the vision of vegetarians as the progressive equivalent of "Campus Crusaders for Christ." I didn't eat meat, but I didn't feel particularly angry about anyone else doing so. I hated when religious zealots tried to dictate my behavior, so I had no desire to go around telling people what they should and should not eat -- or to be closely associated with those who did.

I went through college letting people find out about my eating habits out of necessity; I didn't advertise them. My attitude went along the lines of, "I'm a vegetarian, please don't judge me for it!"

Now, I'm a vegetarian the way I'm a New Yorker or a woman or the youngest child. It's an innate part of who I am, but it doesn't define me as a person, politically or otherwise. Meat consumption may not be the most pressing problem on the planet, but it is one of the few I can easily combat. Being a vegetarian is one of those little things I do that helps out the planet a bit. Am I the most assiduous recycler in the world? No, but I'll be damned if I'll eat a steak.