Colonel kicked out of war for hating PowerPoint 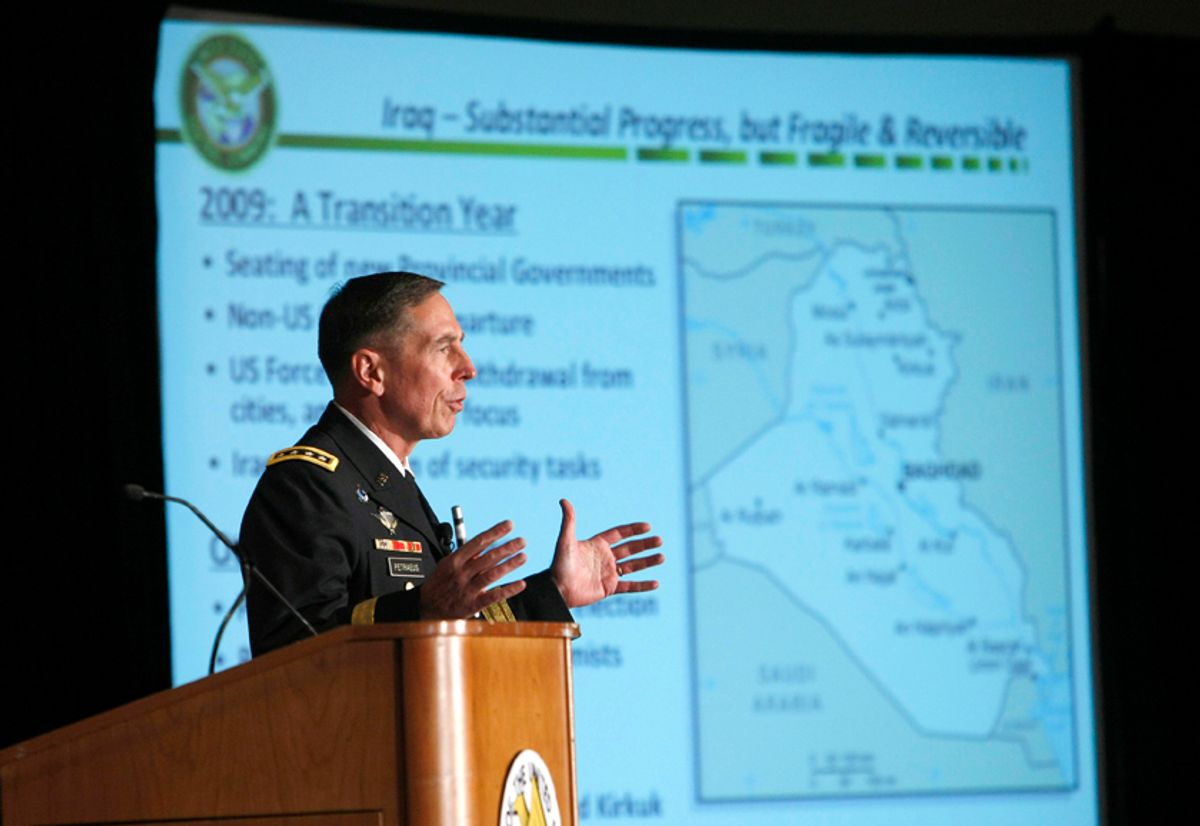 An Army reserve colonel on his second Afghanistan tour has been kicked out of that country for writing an editorial about how much he hates PowerPoint.

Col. Lawrence Sellin was on the staff of the International Security Assistance Force’s Joint Command, the organization that, according to Spencer Ackerman, "formed last year to oversee the war’s day-to-day operations." PowerPoint enthusiast and Afghanistan war commander David Petraeus loves the IJC. Sellin thinks it's a pointless bureaucratic nightmare that accomplishes nothing.

So he wrote a hilarious editorial about the IJC, which was published by UPI. An excerpt:

For headquarters staff, war consists largely of the endless tinkering with PowerPoint slides to conform with the idiosyncrasies of cognitively challenged generals in order to spoon-feed them information. Even one tiny flaw in a slide can halt a general's thought processes as abruptly as a computer system's blue screen of death.
[...]
Each day is guided by the "battle rhythm," which is a series of PowerPoint briefings and meetings with PowerPoint presentations. It doesn't matter how inane or useless the briefing or meeting might be. Once it is part of the battle rhythm, it has the persistence of carbon 14.
[...]
The start and culmination of each day is the commander's update assessment. Please ignore the fact that "update assessment" is redundant. Simply saying commander's update doesn't provide the possibility of creating a three-letter acronym. It also doesn't matter that the commander never attends the CUA.

The CUA consists of a series of PowerPoint slides describing the events of the previous 12 hours. Briefers explain each slide by reading from a written statement in a tone not unlike that of a congressman caught in a tryst with an escort. The CUA slides only change when a new commander arrives or the war ends.
[...]
One important task of the IJC is to share information to the ISAF commander, his staff and to all the regional commands. This information is delivered as PowerPoint slides in e-mail at the flow rate of a fire hose. Standard operating procedure is to send everything that you have. Volume is considered the equivalent of quality.

Sellin is not alone in hating PowerPoint! Ackerman writes that a number of high-ranking officers have attacked the slide show program recently, saying it makes the military "stupid" and distorts information. But the guy in charge in Afghanistan is David Petraeus, who loves PowerPoint, a lot.

So Sellin was promptly kicked out of the war for his unauthorized editorializing. According to regulations, officers and enlisted men may not present "written or oral presentations to the media" without clearing it with a public-affairs officer.

Sellin says he tried to tell his superiors about his problems before he wrote the column, but no one listened. Let this be a lesson: If you're going to bitch about mind-numbing, idiotic bureaucracy in the military, it's best to wait until the war is done, then write a scathing satirical novel about it.