Miller suggests Murkowski is a prostitute

The Tea Partier locked in a tight primary vote count with Sen. Murkowski implies on Twitter she is a prostitute 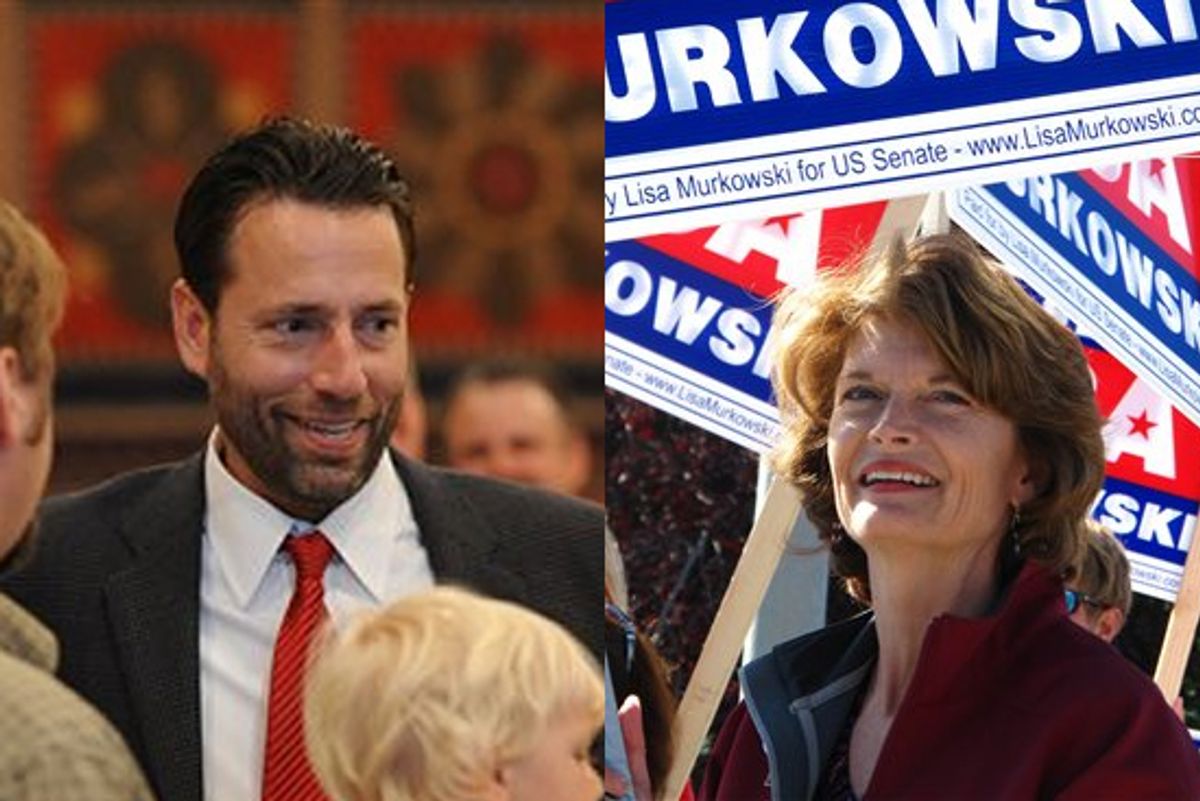 "What's the difference between selling out your party's values and the oldest profession? http://bit.ly/93kXBr" wrote Miller on Twitter, who appears to write his own tweets.

Miller is referring to the continuing vote count in the primary contest, which hinges on absentee ballots that have not yet been counted. Murkowski is not conceding, and there has been talk of a third-party run if she loses. After the primary this week, Miller has a 1,600-vote lead over Murkowski.

Another Tea Party-backed candidate, Ken Buck of Colorado, made news last month for saying that voters should pick him over his opponent, Jane Norton, because "I do not wear high heels." He later defended those comments. UPDATE: Miller has now deleted the tweet, which we've embedded above.

UPDATE II: Here's the latest tweet from Miller, in which he blames a staffer and suggests the deleted tweet was calling the Libertarian Party -- not Murkowski -- a prostitute. "Please accept my apologies. Staffer trying to encourage Libertarians not to sell out." If you read the article the tweet linked to, it describes a national Libertarian official calling Murkowski "insanely un-Libertarian" and a state Libertarian official declining to comment.