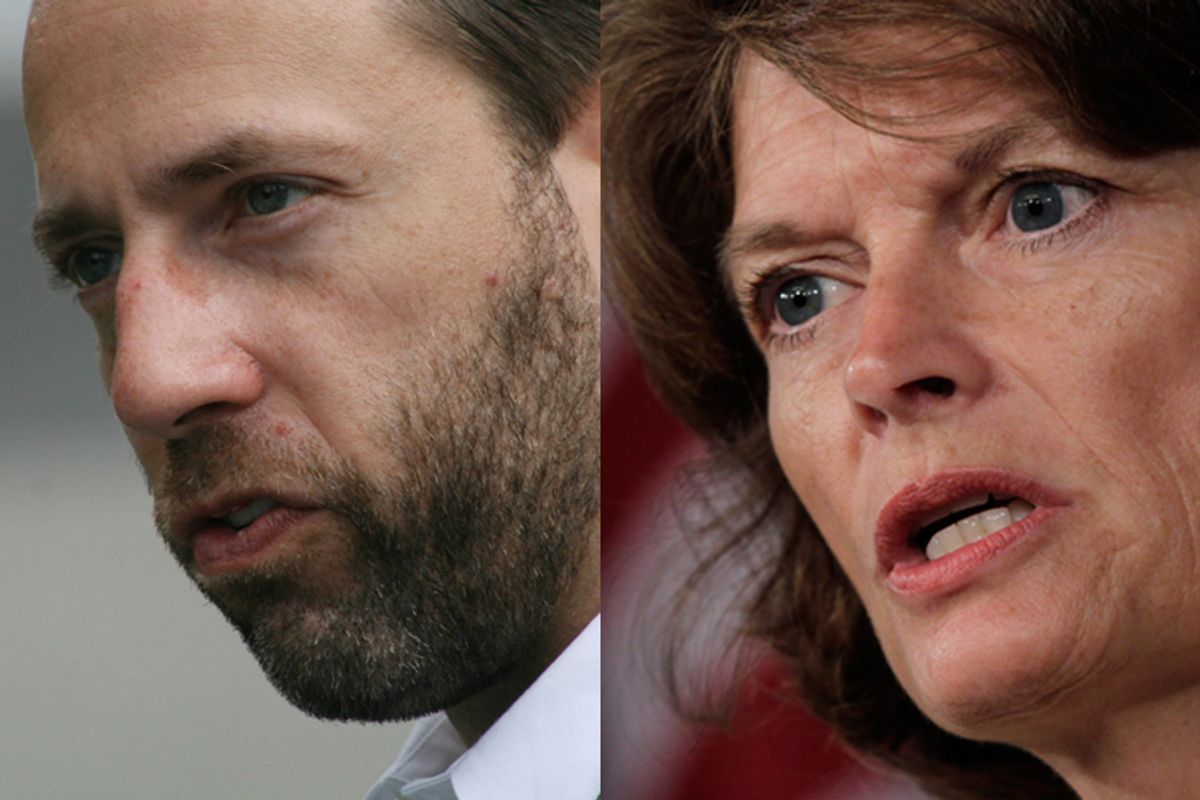 After Tuesday's vote, Joe Miller looks to be the Republican nominee for Senate from Alaska. But absentee votes are still being counted, and the incumbent senator, Lisa Murkowski, has a lawyer. Which means dirty pool! Miller went on Fox Business News, for some reason, to explain the problem:

"It concerns us any time somebody lawyers up and tries to pull an Al Franken, if you will. We are very concerned that there may be some attempt here to skew the results."

In a fact-based world, "pull an Al Franken" would mean "win an election by receiving more votes than the other person." In the world of constant conservative persecution at the hands of the liberal media, activist judges, and trial lawyers, it apparently means steal an election, somehow, with lawyers. (Norm Coleman also had lawyers, I feel I should note.)

To "pull a Joe Miller," I submit, is to preemptively plant the germ of the idea that in the event of a candidate losing an election by a small margin after a recount, the election was stolen. By liberals.