The French first lady calls for the release of a woman sentenced to death for adultery, and she's taunted in return 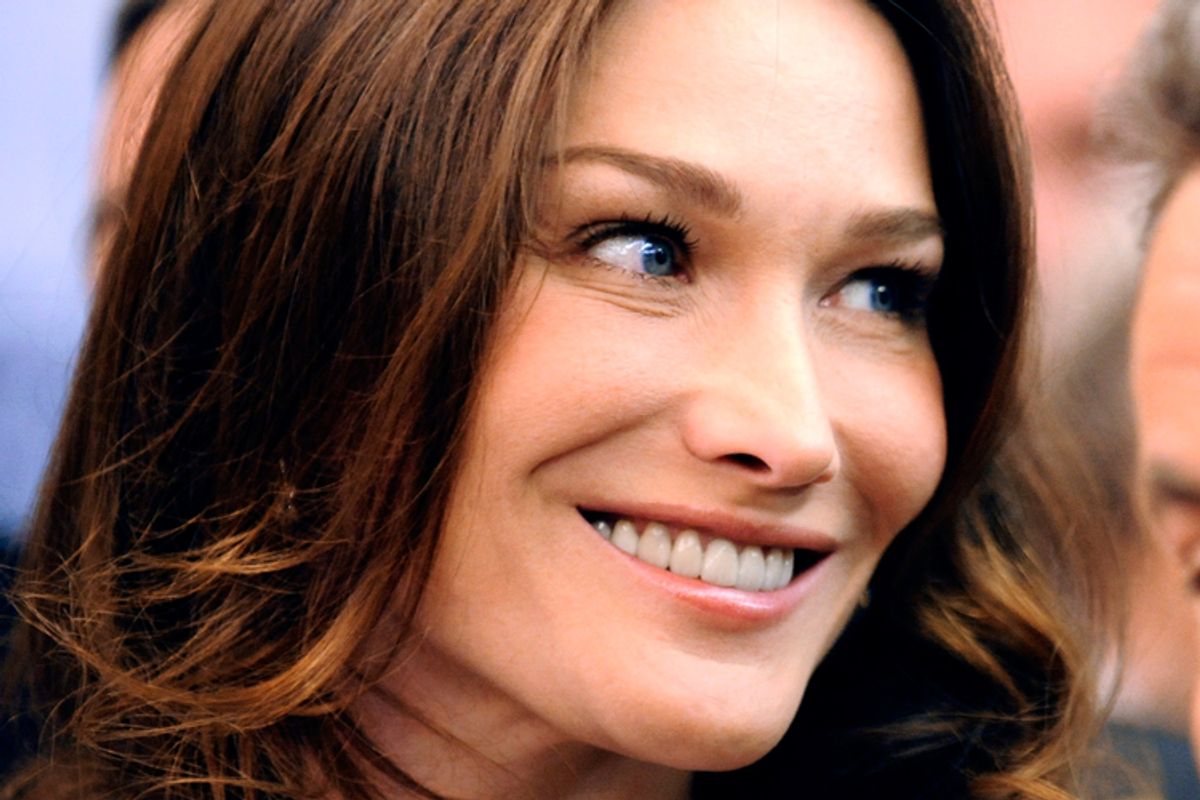 There are plenty of words to describe a woman like Carla Bruni-Sarkozy who campaigns for the release of a woman sentenced to death for adultery -- an activist, a humanitarian, a basically decent person, say. Unsurprisingly, though, the Iranian press has chosen a different noun: prostitute.

On Monday, "the state news website" labeled the French first lady a "prostitute," according to the Associated Press. Two days earlier, a government-controlled daily reported that Bruni-Sarkozy had signed a petition calling for the release of Sakineh Mohammadi Ashtiani in an article headlined: "French prostitute joins the human rights protest." The piece reportedly accused her of being a "marriage-breaker," pointed to her alleged affairs and deemed her a hypocrite, since Ashtiani has been sentenced to death for adultery.

I suppose the powers that be see Bruni-Sarkozy deserving of death as well.