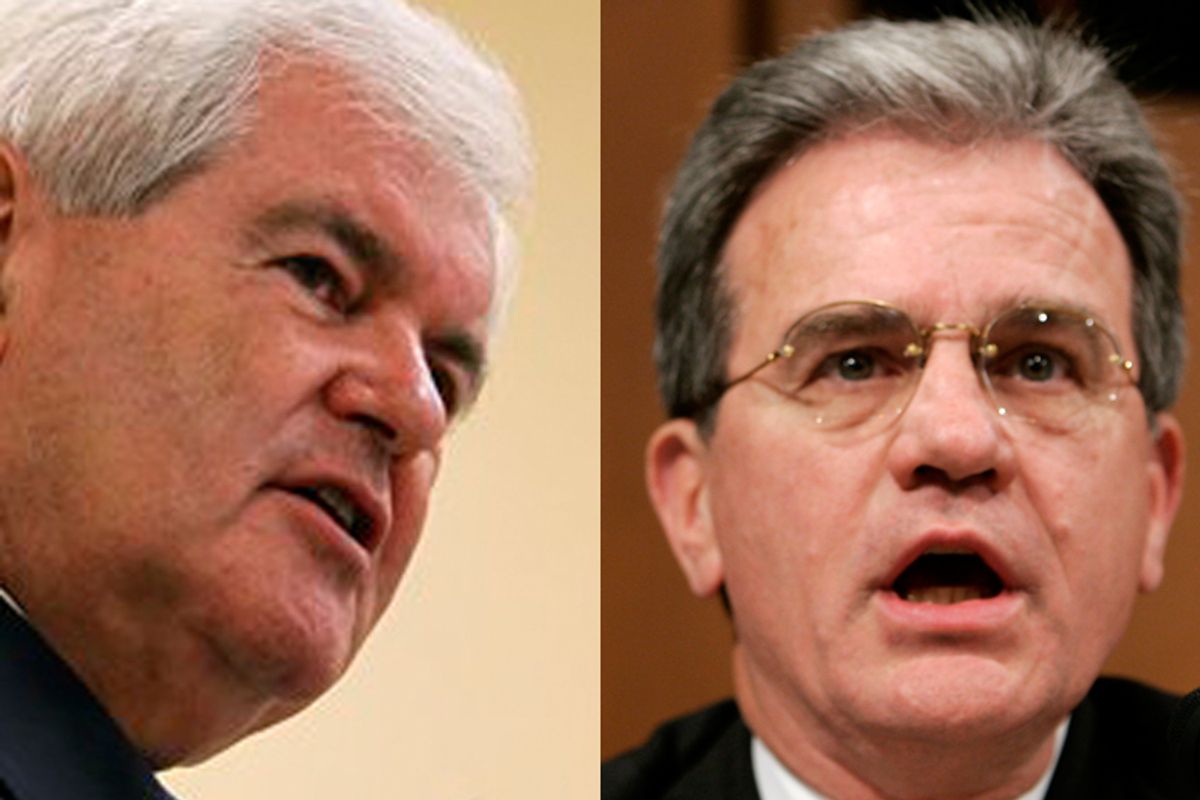 Tom Coburn has hated Newt Gingrich for years and he is not going to stop now. So it is not that surprising that the ultra-conservative obstetrician Senator told a town hall that he'd rather die than vote for Gingrich for president.

Although it was pretty funny that Coburn explained his opposition to Gingrich by reminding everyone of the guy's messy personal life:

Gingrich "is a super-smart man, but he doesn't know anything about commitment to marriage," he said of the thrice-married former House speaker. "He's the last person I'd vote for for president of the United States. His life indicates he does not have a commitment to the character traits necessary to be a great president."

Coburn became disillusioned with Gingrich almost immediately upon Coburn's arrival in Washington in 1995. He repeatedly trashes Gingrich in his book "Breach of Trust" (subtitled "How Washington Turns Outsiders Into Insiders" -- besides, I guess, Senator Coburn). But his complaints have usually been about how Gingrich gave in too easily to Clinton on the budget, or betrayed some part of the Contract With America, or other policy matters, not necessarily the character stuff.

Speaking of commitment to marriage, Coburn has been accused of helping his good buddy John Ensign cover up his own messy extramarital affair. According to the husband of Ensign's former mistress, Coburn told Ensign to give the husband a million bucks to make it go away. (Coburn -- who, again, is an obstetrician -- claimed he couldn't explain his "counseling" of Ensign because of doctor-patient confidentiality.) So, you know, nobody's perfect.

Coburn's criticism might be a sign that serious social conservatives wouldn't sign on to a Gingrich campaign, but it's a moot point. Gingrich is just doing what he always does: Taking advantage of the fact that every couple years he can attract money and attention by pretending to plan a White House run.