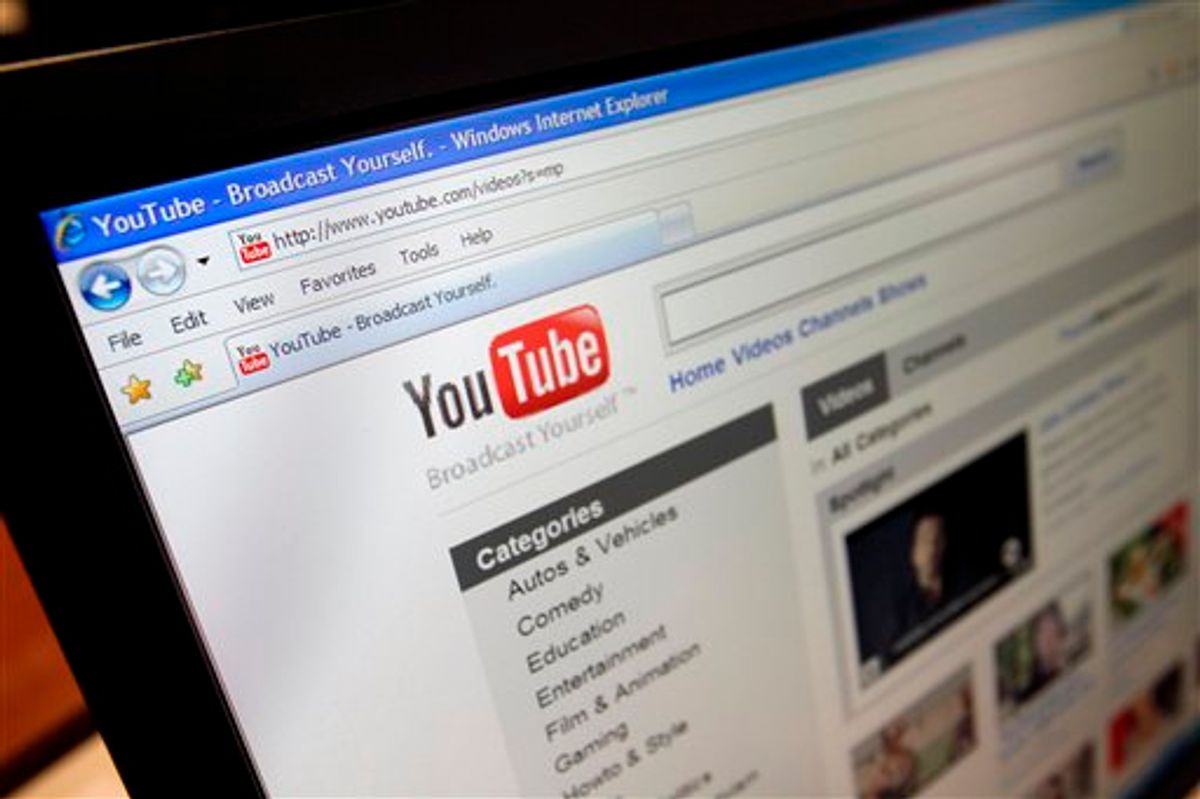 In the fight for streaming movie dominance, YouTube is winding up to throw a haymaker.

The video-sharing website is in negotiations with movie studios to launch a pay-per-view video service by the end of 2010, according to the Financial Times.  The plan is to introduce the service first in the U.S. then spread it across the globe. Newer movies will reportedly cost $5 a pop.

The move is a strong counter to streaming content providers Netflix and Hulu, and aims at spoiling Apple's rumored unveiling of iTV -- the redux of the failed Apple TV, which allows viewers to rent their favorite television shows for 99 cents.

This isn't the first attempt by Google, which acquired YouTube in late 2006 for $1.65 billion, to expand its Internet video business.  In April, the site began offering 48-hour rentals of Sundance Film Festival movies for $3.99. It bombed -- reportedly generating a total of just 1,500 rentals.

Maybe that's why experts are decidedly unimpressed with the future offerings.  PC World gives four reasons why YouTube’s on-demand plan is a hard sell, and an anlysis of why iTV isn't a game-changer.

Tech Crunch calls this streaming movement a "full-on assault on cable."  If so, YouTube isn't just trying to punch out the other contenders online. It's going after the heavyweight champ.