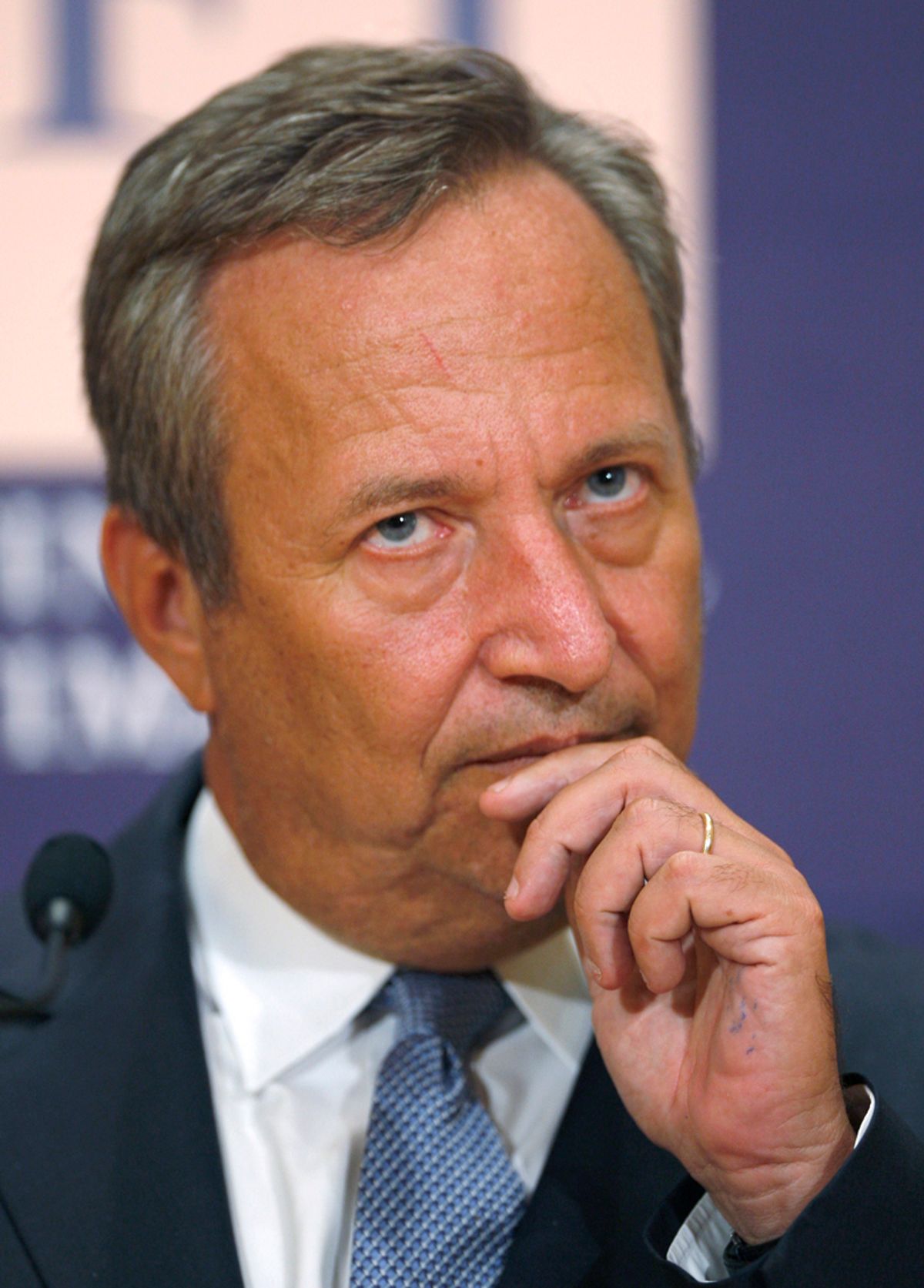 White House Director of National Economic Council Larry Summers listens to a question from the audience after delivering the keynote address at the Future of Global Finance conference at Georgetown University's McDonough School of Business in Washington, in this September 18, 2009 file photo. Blunt, brash, brainy and occasionally self-mocking. Larry Summers, the White House economic adviser, is all of these things. In a career spanning academia, government and finance, he has rubbed some people the wrong way and infuriated others. To match SPECIAL REPORT - SUMMERS REUTERS/Hyungwon Kang (UNITED STATES - Tags: BUSINESS POLITICS HEADSHOT) (Â© Hyungwon Kang / Reuters)
--

Every single time HTWW considers the issue of whether unemployment benefits cause unemployment, a reader writes in with a big gotcha intended to put me in my place. Yesterday was no exception.

A great study done on this subject, by a notable economist, found: "prominent findings in labor economics is that unemployment insurance and welfare payments are a major contributor to unemployment, and therefore should be scaled back."

By the way, that study is from Lawrence Summers who is the Director for the White House National Economics Council.

That's the same Larry Summers, as the Wall Street Journal loves to point out, who now endorses extending unemployment benefits.

But in that very same essay he includes an enormous caveat that has tremendous relevance to our current situation:

There is no question that some long-term unemployment is caused by government intervention and unions that interfere with the supply of labor. It is, however, a great mistake (made by some conservative economists) to attribute most unemployment to government interventions in the economy or to any lack of desire to work on the part of the unemployed. Unemployment was a serious economic problem in the late nineteenth and early twentieth centuries prior to the welfare state and widespread unionization. Unemployment then, as now, was closely linked to general macroeconomic conditions. The Great Depression, when unemployment in the United States reached 25 percent, is the classic example of the damage that collapses in credit can do. Since then, most economists have agreed that cyclical fluctuations in unemployment are caused by changes in the demand for labor, not by changes in workers' desires to work, and that unemployment in recessions is involuntary.

Summers' academic research operated under the assumption that the economy is operating close to "full employment" -- a flourishing economy in which new jobs were readily available to laid-off workers. In such a scenario, small changes in incentives -- like extra unemployment benefits -- may result in significant changes in behavior. But the U.S. economy is currently not operating at anywhere close to full employment. There are still nearly five job applicants for every available job. Under current circumstances, as Brad DeLong points out in a recent column exploring the differences between cyclical and structural employment, the economy's biggest problem is a collapse in aggregate demand. We have all tightened our purse strings simultaneously, delivering an immense shock to the economy. This is not normal.

Here's how Summers put it himself, in a letter to the Wall Street Journal objecting to that paper's charges of hypocrisy.

In the wake of the worst economic crisis in eight decades, at a time when eight million Americans have lost their jobs in the previous two years, there can be no doubt that the overwhelming cause of unemployment is economic distress, not the existence of unemployment insurance. In fact, recent analysis by the nonpartisan Congressional Budget Office identified increased aid to the unemployed as one of the two most cost-effective policy options for increasing output and employment. Not only is unemployment insurance vital to the individual families whose lives have been turned upside down by tough economic times, it is an important tool for maintaining the aggregate demand our economy needs to establish a sustainable recovery.

As John Maynard Keynes famously observed, "When the facts change, I change my mind. What do you do sir?" A devastating recession is a different animal than a flourishing economy at full employment, and it calls for different government strategies. For the Wall Street Journal and many conservative economists, no matter what the objective scenario, the analysis, and program for action, remain the same. I prefer the economist who changes his mind, or can recognize that different scenarios call for different actions, than the economist who always has the same answer -- cut taxes -- no matter what's going on.