Why Russ Feingold should really be worried

He's survived close calls before, but this year is starting to look different 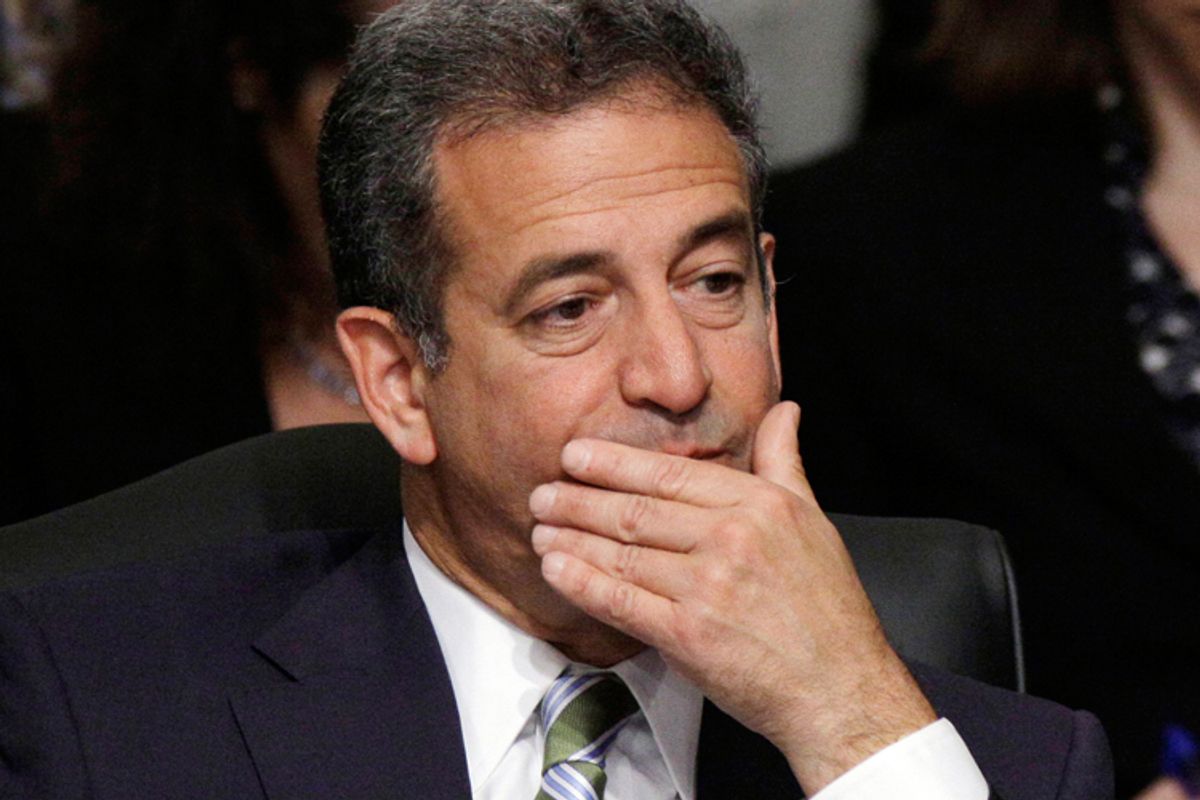 The New York Times has a lengthy story today about Russ Feingold's unexpected reelection struggle in Wisconsin, but it's not exactly news. Polls have shown the three-term senator under 50 percent and in a dogfight with his likely GOP foe, businessman Ron Johnson, for a while now.

Nor is it the first time Feingold has faced a difficult fall race. In his three successful Senate campaigns, his winning margins have been seven, two and 12 points and he's never secured more than 56 percent of the vote. It's tempting to think that this battle-tested past will help Feingold survive this year, but there's a big -- and potentially decisive -- difference between his previous campaigns and this year's: the national climate. Never before has he run with swing voters so predisposed to vote against the Democratic Party, and with such an apparent enthusiasm gap between the two parties' bases.

Here, the story of Feingold's 1998 reelection victory -- a two-point squeaker -- is instructive. On paper, Feingold probably should have lost the race: '98 was the sixth year of Bill Clinton's presidency, and since 1822 every president's party had suffered losses -- sometimes significant -- in "six-year itch" elections. The GOP recruited an up-and-coming congressman, Mark Neumann, to challenge Feingold and the national party marked the seat as one of its top takeover opportunities. Then, as now, Feingold was attracting less than 50 percent in polling around Labor Day, and by late October, Neumann actually charged into the lead in several polls.

But something funny happened on Election Day: The Republican base did not turn out in big numbers while the Democratic base -- particularly union voters -- did. Plus, moderate swing voters, who would typically vote against the White House party in a six-year itch election, were unexpectedly friends to Democrats. This was partly due to a massive national turnout effort from the AFL-CIO, but the bigger reason was the GOP Congress' drive to impeach Clinton over the Monica Lewinsky saga. The House hadn't yet taken formal action against Clinton, but its leaders spent the campaign steadfastly moving toward impeachment -- even as poll after poll warned them not to. In the November election, self-identified moderate voters opted for Democrats by a 54-43 percent margin -- with 60 percent of all voters saying they were upset by the GOP Congress' Clinton/Lewinsky posture.

This backlash, coupled with the AFL-CIO's outreach and the failure of Neumann's partial-birth abortion message to motivate cultural conservatives, was just enough to rescue Feingold. Nationally, Clinton became the first president since James Monroe to see his party win seats in his sixth year. 1998 stands as one of political history's great exceptions: a midterm election in which the normal rules didn't apply.

But they do apply this year -- more so than usual. Unemployment and economic anxiety are high, and economic growth is stalling. And with Democrats controlling the White House and both houses of Congress, swing voters -- who possess little collective memory or foresight -- are strongly inclined to latch onto the GOP as a protest vehicle. Feingold, whose other Senate victories came in 1992 (when Bill Clinton defeated George H.W. Bush) and 2004 (a tight presidential election in which John Kerry narrowly carried Wisconsin), has never faced this kind of headwind. Just as a backlash against the GOP Congress bailed him out at the last minute in '98, it's not hard to see the anti-Democratic tide taking him down at the end of this race.