The ever-expanding tentacles of the Glenn Beck brand 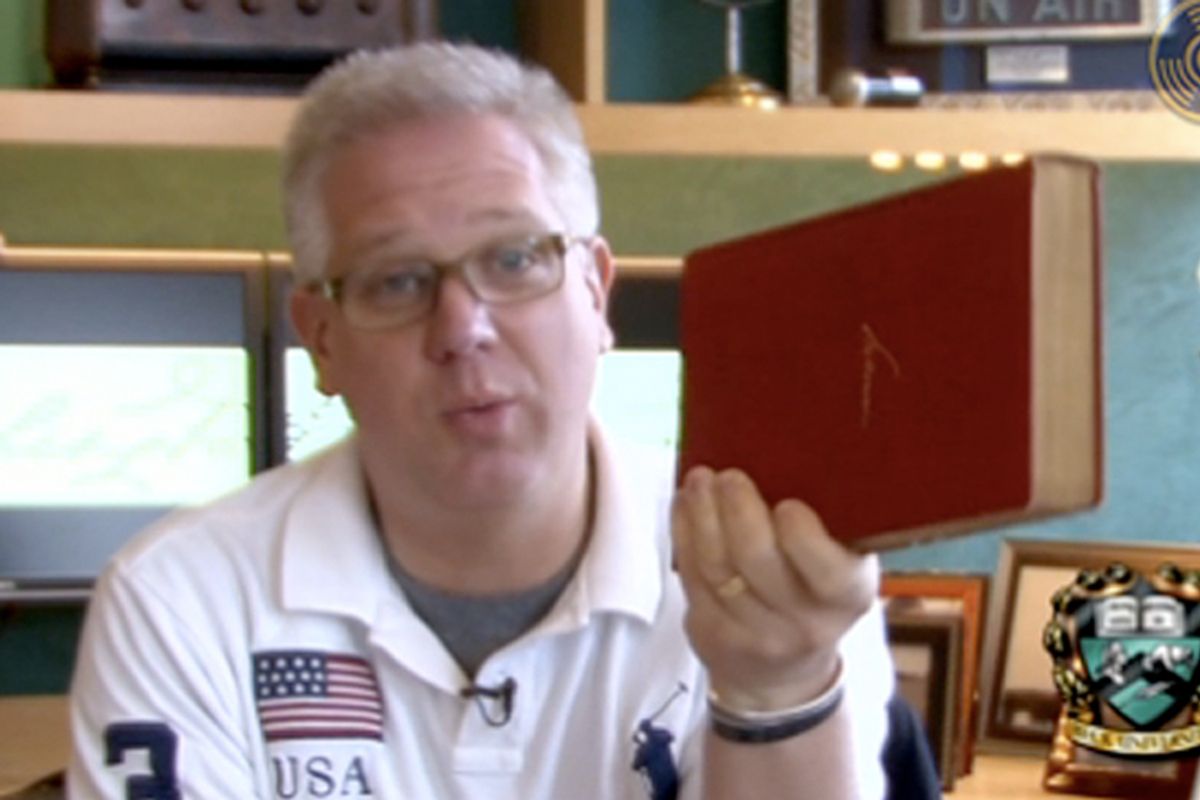 It’s been obvious for quite some time that Glenn Beck is not your typical conservative pundit. In the early days of Beckmania, style distinguished him from his Fox News colleagues more than content. He disseminated the same talking points as Hannity, O’Reilly and Cavuto, but he did it in the appealingly histrionic style of a true paranoiac. It was somewhat like listening to Alex Jones, talk radio’s greatest conspiracy monger, if someone convinced Jones to vote Republican, gave him a radio show, and then got him very drunk.

But Beck has put a lot of work into expanding his brand since then, to the point that it's no longer sufficient to describe him as a mere right-wing pundit. Nor is he, as Reihan Salam suggests, some kind of pasty conservative Malcolm X. There is no analogy that can explain the totality of the Beck phenomenon, but there are dozens that can capture a single facet: a dash of Father Coughlin, a smidgen of Oprah, and even a little L. Ron Hubbard sprinkled on top.

It was more Oprah than Coughlin at last weekend’s big jamboree on the national mall. Those expecting a macro-scale outburst of the usual Tea Party frothing were disappointed to discover that the rally was, in David Weigel’s words, "about as angry as a Teletubbies episode." About as angry, and only slightly more political. The keynote speaker was the cuddly, pious, group hug version of Glenn Beck. He wasn’t there to talk to you about the New Black Panther Party, but about your own spiritual health.

It was a canny move on Beck’s part, and not just because it made liberals predicting a white riot on the steps of the Lincoln Memorial look like fools. It was also the final step in his transformation from a political commentator who does some other shticks on the side to arbiter of all that matters in life. Want to get mad about politics? Watch the TV show! Need an education? Go to Beck University! Looking to be titillated? He has the beach read for you! And for those who want a good, cathartic cry, there’s his Christmas special.  With the "Restore Honor" rally, he came out as an amateur theologian as well. If you have a single emotional or intellectual need, Beck promises to fill it.

As if to underscore the point, this week saw the launch of the Blaze, a Huffington Post-style news and opinion aggregator. Now Beck’s fans can get their window into the political world exclusively from a Beck-approved outfit, and then tune in at night to hear Glenn Beck’s thoughts on what Glenn Beck said earlier that day. This is epistemic closure taken to new, dizzying extremes: It offers people the opportunity to voluntarily enter into an arrangement in which their political views, religious attitude, and even fundamental life philosophy are constructed and mediated by a single pseudo-messianic figure.

Viewed in that context, Beck’s fevered rants about "liberation theology" and Park51 head Imam Feisel Abdul Rauf’s alleged extremist ties take on a new meaning. That is because Rauf, the Rev. James Cone (the founder of black liberation theology), and most of the other suspiciously dark-skinned boogeymen in Beck’s rogues’ gallery are his opposites. These are men who explicitly advocate for minority representation and ideological pluralism. They directly confront and challenge homogeneity -- both ideological homogeneity and other kinds. Whether you agree with their views or not, you conquer new intellectual territory and expand your own wisdom simply by giving them a fair hearing.

But doing so requires hard work, deep concentration and a willingness to question even your most deeply held values. Actively, voluntarily undermining your own beliefs and assumptions is a scary, lonely, even painful thing, especially when there are no easy ways out once the process has started, and potentially no end in sight. Our ability to do this is what makes us human, but so is our ability to be terrified by it.

Beck understands this terror. It is what he makes his livelihood off of. What he offers to his customers is a way to avoid that terror and the other pitfalls of introspection and critical thought. He already has all the answers. No need to look for any of them yourself.

That basic pitch is of a species offered up by hucksters of all kinds: political parties, radical religious sects, self-help books and so on. What makes Beck so remarkable -- and the influence he wields so unsettling -- is how he combines all of these things into a single all-encompassing product.