Glenn Beck launches a website and some people care

Right-wing blabbermouth expands his media empire with the Blaze, a news site designed to infiltrate the masses 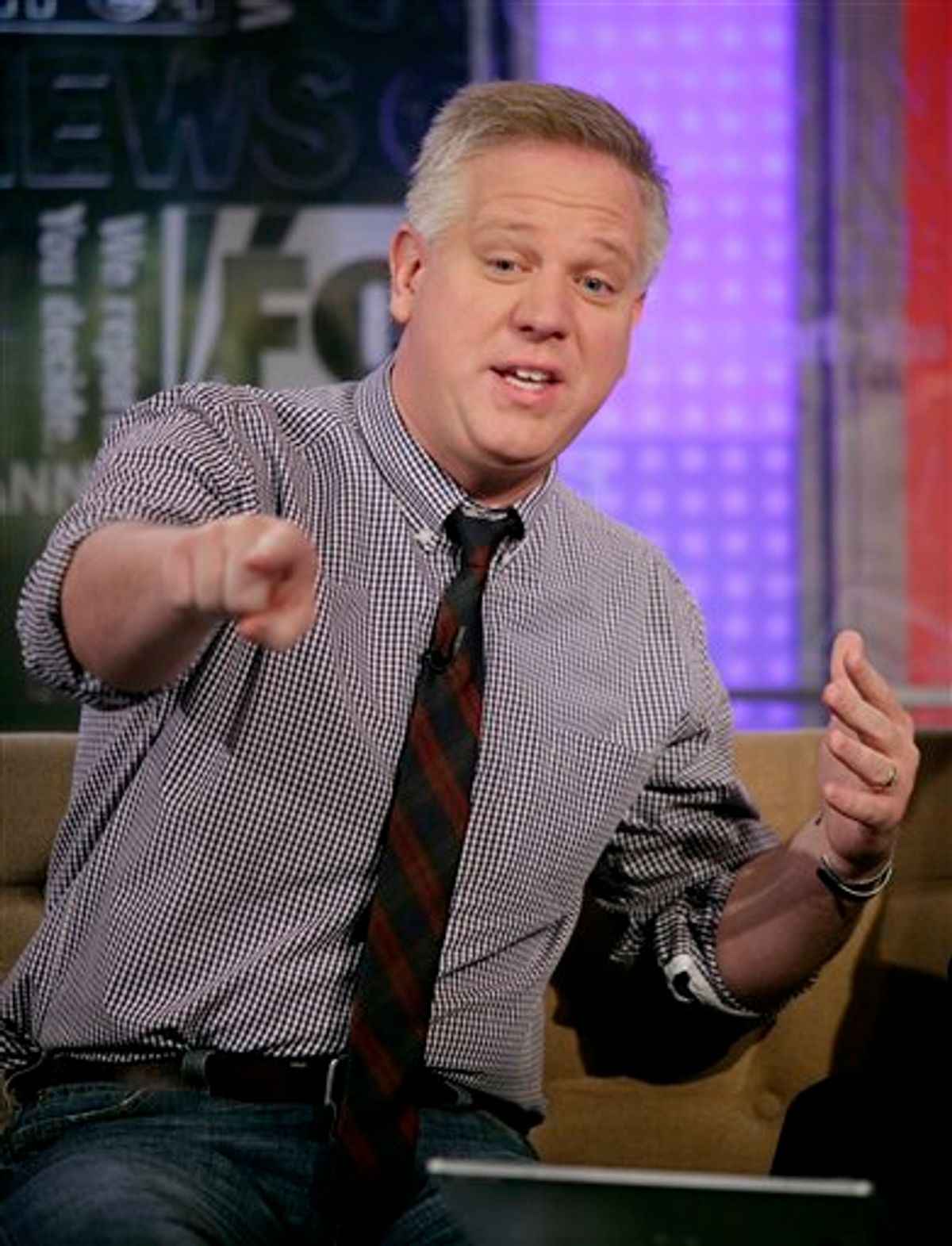 FILE - In this May 18, 2010, file photo, radio and television personality Glenn Beck is interviewed on the "Fox & friends" television show in New York. Beck's rally on the anniversary and at the site of Martin Luther King Jr.'s famous "I Have a Dream" speech is drawing criticism, protests and questions about his intentions. (AP Photo/Richard Drew, File) (AP)
--

You're Glenn Beck. You have a nationally syndicated radio show that tends to get pesky details like "facts" entirely wrong, and people love you for it. You wrote a novel that was widely panned -- and became a bestseller. You're villified by the left and deified by the right. You hold a "Restoring Honor" rally that packs the National Mall in Washington with acolytes and presents Sarah Palin as the Mama Grizzly to your Papa Bear.

What does a middle-aged white man with delusions of grandeur do next? You start a news website. Never mind that you work for a news company that has its own site. You are Glenn Beck, and you now control the information that your people consume. Everyone has the same (incomplete) knowledge, which you will then reinforce through your talk show and general public wankery.

The Blaze launched mere days after the D.C. rally last weekend, and reviews began coming in immediately. The Christian Science Monitor went so far as to ask, "Why?" Which is a ticket to madness when directed at a guy like Beck.

Meanwhile, reports are still coming in about the "Honor" rally -- Beck disputes the media's crowd estimates, CBS News examines Beck now compared to a year ago, and the Washington Post tries to explain why Obama just doesn't get little Glenn. Religious questions about the Mormon Beck have been raised in the days since the D.C. rally as well. On Faith considers the possibility that a) God is speaking through the pundit (shiver), b) Beck will spur the return of American civil religion or c) that Glenn Beck has no clue who his God is. And Southern Baptists want nothing to do with him.

Check out some of the better counter-rally signs on display last weekend, in case you were worried it was one big right-wing self-love-festival: