Tens of millions remain unemployed. It's time the country makes a decision to change or suffer more jobless years 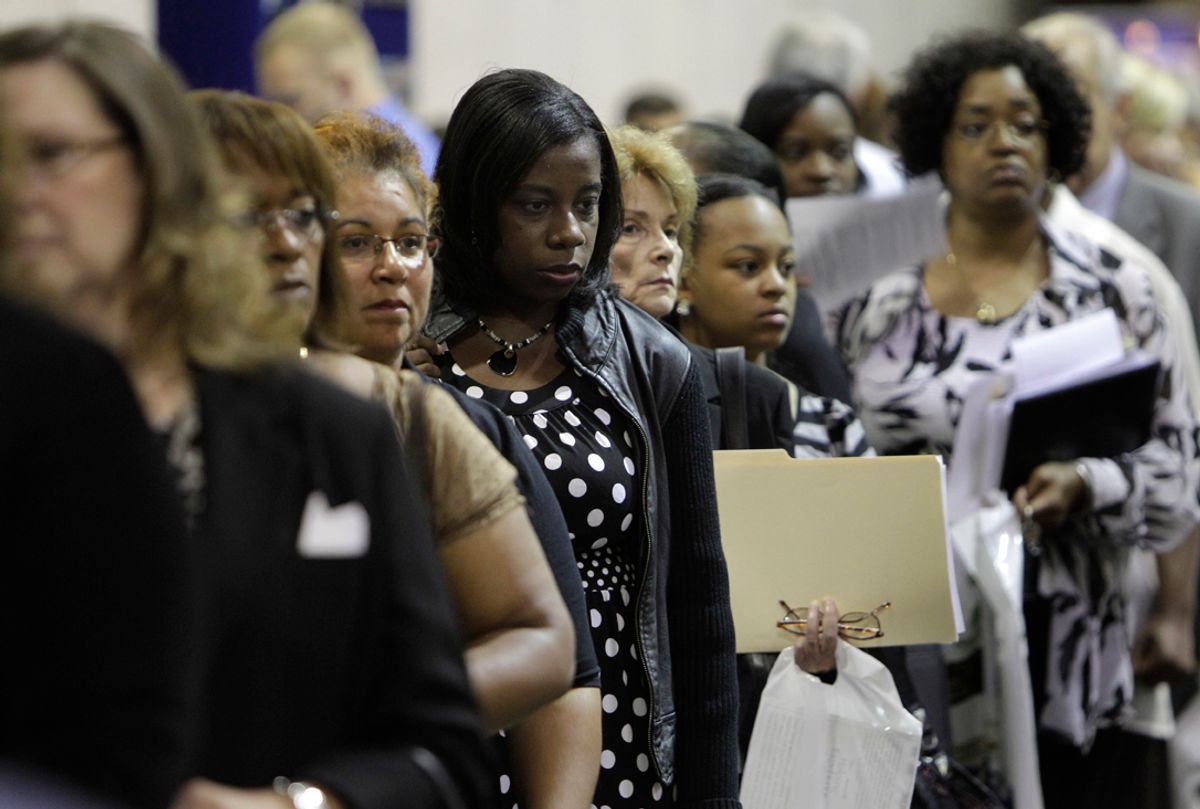 The Labor Department reports this morning that companies created only 67,000 new jobs in August. That’s down from the 107,000 they created in July. And because the government laid off temporary Census workers, the economy as a whole lost 54,000 jobs.

To put this into perspective, we need 125,000 net new jobs a month just to keep up with the growth of the population and the potential workforce.

Think of it this way. The number of Americans willing and able to work but who cannot find a job hasn’t stopped growing since the start of 2008. All told, about 22 million Americans are now jobless. Add in those who are working part-time who’d rather be working full-time, and we’re up to 25 million.

And because most families depend on two paychecks, the practical impact is almost double.

All this has a negative multiplier on the economy. If families can’t pay their bills, their mortgages become delinquent (that’s why mortgage delinquencies keep rising), their credit card bills go unpaid (we’re seeing a notable rise in credit card defaults), and they can’t afford to buy anything other than necessities (hence auto sales have plummeted, new homes sales are down, and retail sales are in the pits).

As a result, more and more businesses decide to lay off workers (or refrain from adding them) because they can’t sell the goods and services they produce.

It is not that America is out of ideas. We know what to do. We need massive public spending on jobs (infrastructure, schools, parks, a new WPA) along with measures to widen the circle of prosperity so more Americans can share in the gains of growth (exempting the first $20K of income from payroll taxes and applying the payroll tax to incomes over $250K, for example).

The problem is lack of political will to do it. The naysayers, deficit hawks, government-haters and Social Darwinists who don’t have a clue what to do would rather do nothing. We are paralyzed.

If there was ever a time for bold government action it is precisely now. Obama should be storming the country, demanding the largest responses to the jobs emergency in history. He and the Dems should be giving Republicans hell for their indifference to all this.

Instead, Obama is all over the map -- a mosque controversy, an Israeli-Palestinian peace talk (that may take years to complete if ever), a symbolic withdrawal from Iraq, and lots of little tax-cutting ideas.

Senate and House Democrats, meanwhile, are on the defensive. Polls even suggest Dems may lose the House and possibly even the Senate in November.

Business leaders have either gone silent or gone reactionary, as they did in the 1930s.

But the pain and suffering of tens of millions continue. Government revenues continue to drop, and the safety nets and public services they rely on are subject to even more cuts.

Ever wonder why the nation is turning isolationist and xenophobic? Why we’re lashing out at undocumented immigrants, even though fewer are here now than a few years ago; why the rise of anti-Islam feeling now, although 9/11 was nine years ago? Why the virulence and hate-mongering on right-wing radio, and the surliness in the blogosphere?

The practical choice we face is this: Either major action to reverse the jobs emergency or years of intolerably high unemployment coupled with demagoguery and scapegoating.