Where Obama will spend 9/11 is apparently an important question

Politico explores the political implications of commemorating a tragic day, in various locations 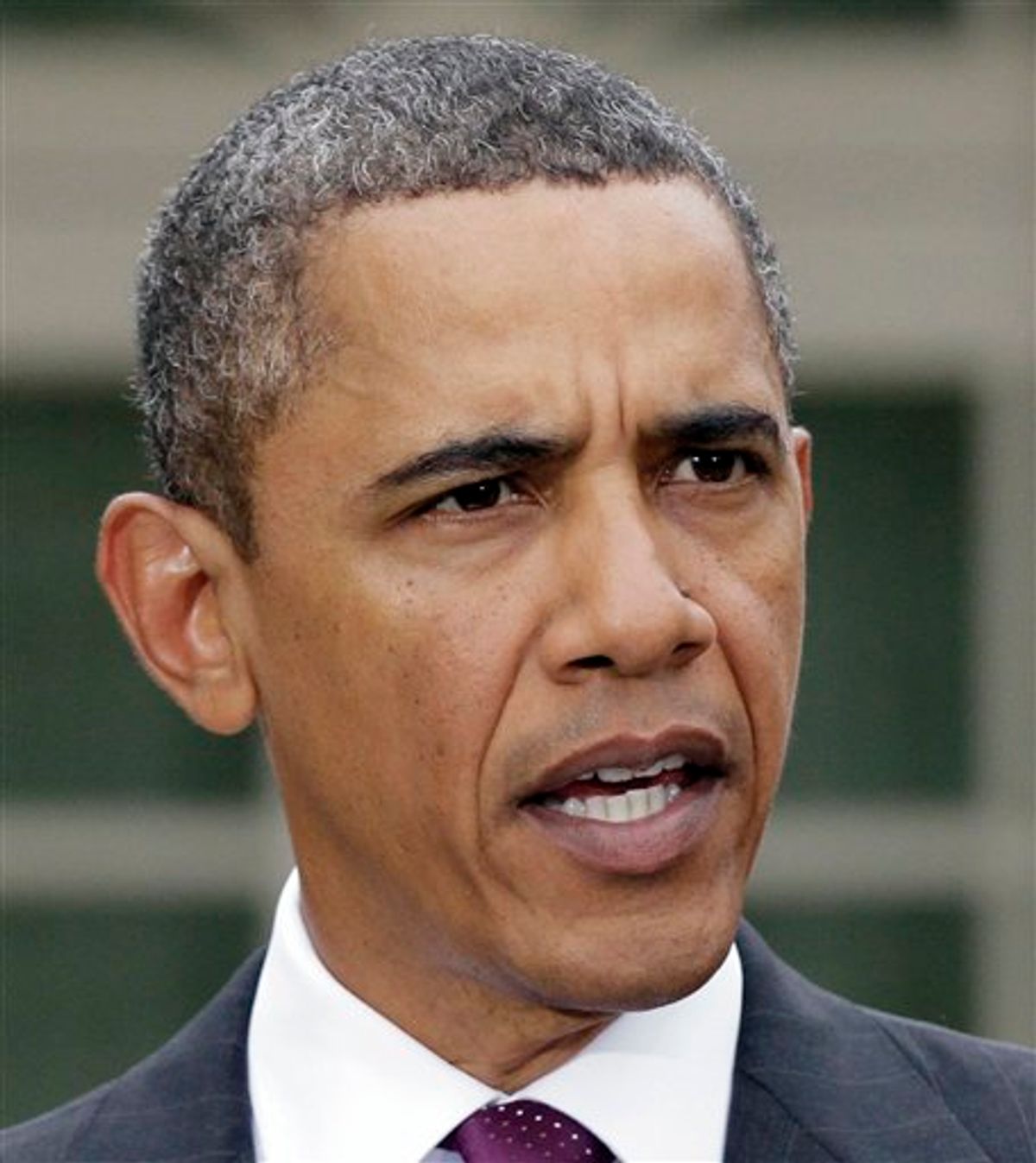 President Barack Obama reports on the economy as the latest unemployment figures are released, Friday, Sept. 3, 2010, in the Rose Garden of the White House in Washington. It's still the economy stupid. And there's virtually nothing Democrats can do to change the reality before Nov. 2. Time has all but run out for President Barack Obama and his party, which had hoped for a big economic turnaround by the homestretch of the midterm elections. (AP Photo/J. Scott Applewhite) (AP)
--

Politico, a free Washington D.C.-area newsletter, wants to know how -- or, I guess, where -- President Barack Obama will commemorate the forthcoming anniversary of 9/11, which falls this year on Sept. 11.

They're really worried about this! Michelle Obama and Laura Bush will be in Shanksville, Pa., so I guess he can't go there. (Which raises the very important question: Are Michelle and Laura good enough friends? Does anyone know how often they talk on the phone?) Obama did the Pentagon last year, so he totally can't do that again. Which means, I guess, that Politico expects him to go to ground zero, to prove that he Hasn't Forgotten.

Does the president need to do anything, for 9/11? I'd be fine with him sitting this one out. The world does not need more pious platitudes delivered on the anniversary of still-unfathomable violence and pain and destruction.

Though I guess pious platitudes are preferable to lower Manhattan hate marches, like the one that will be held at the site of the World Trade Center on the anniversary of the attacks. And that hate march is pretty much why Obama will definitely not be in New York.

No matter where he goes, the president’s critics will likely speak out. If he doesn’t go to New York , Obama could be accused of dodging ground zero because of the Islamic center. If he does, he risks facing the anger of some Sept. 11 families and New York officials offended by his position.

Yes, but which of those criticisms will be the basis for Politico's big Sept. 13 story on Obama's stupid decision? I'm going with "he is perceived by some critics as being weak on national security issues." With quotes from Newt Gingrich and Peter King.