In the spirit of Labor Day, a very hardworking sauce that requires very little work 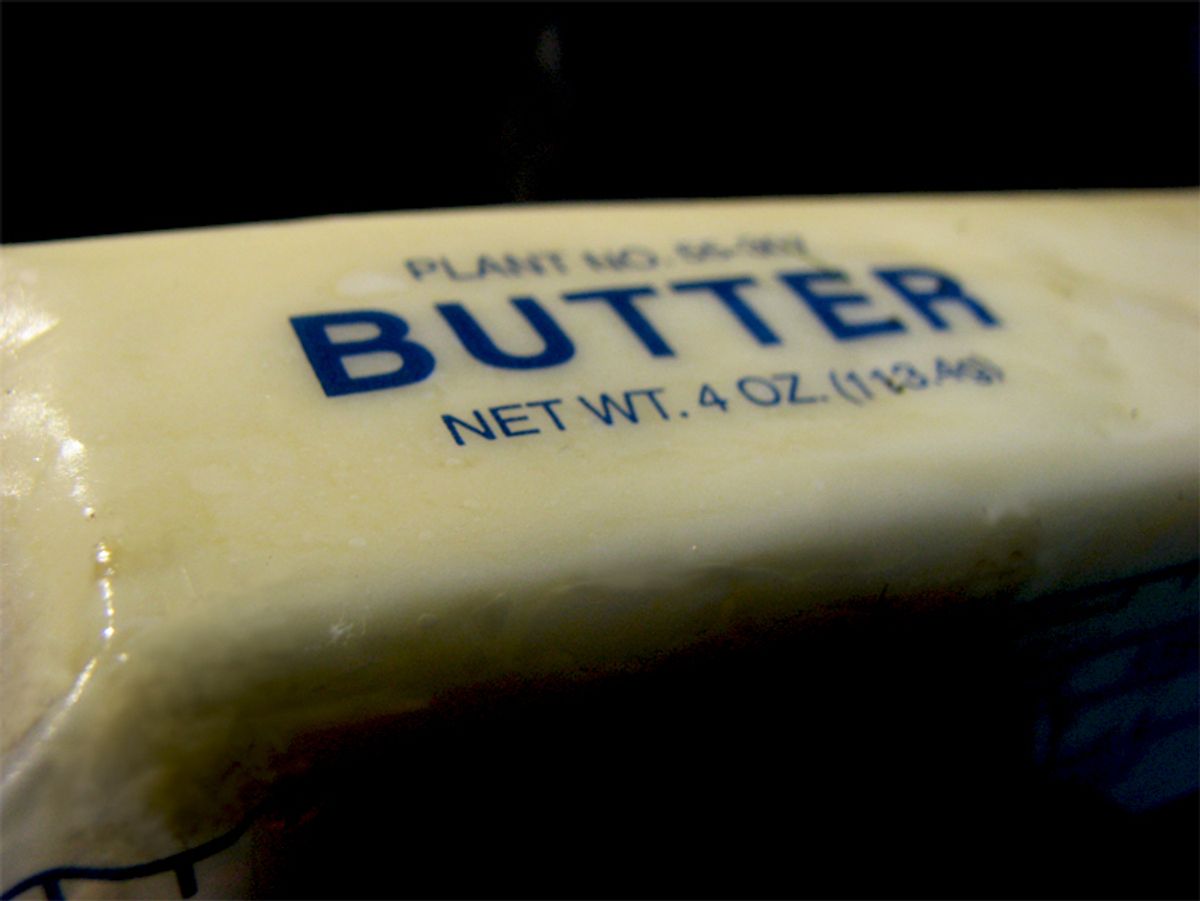 Beurre blanc is one of the great culinary ironies -- a sauce as versatile and endlessly chic as the little black dress but nearly as simple to make as cutting up a stick of butter. (I don't actually have a little black dress, but I do have butter, so this is as chic as I get.) Which leads us to its next irony: It was popularized in the '60s and '70s by French chefs looking to lighten their cuisine, pooling it onto plates instead of their traditional, roux-heavy sauces, which means that it's a lightener that's 85 percent butter.

Look at its name. It means "white butter." That means it's awesome. But how is enough grease to run an outboard motor going to lighten up your food?

The key lies in two magical cooking concepts: acid balance and emulsification. You make this sauce with enough tart ingredients to counteract the richness of the fat, so that it plays a trick on your tongue, where you can taste both but neither dominates.

Emulsification also affects the way your palate perceives fatty things. Think of mayonnaise. If you tasted its component parts before they were blended together, you would be just pouring oil on your tongue, and you would wonder what you'd done to deserve this kind of punishment. But once emulsified ... incredibly delicious! The emulsification causes the oil to hit you much more softly, slowly revealing its round, rich flavor rather than drown you in grease. (While we're on the subject, mayonnaise is also a great demonstration of acid balance -- many people never realize its primary flavoring is lemon or vinegar.)

What results is a sauce that adds succulence, brightness and voluptuousness to nearly anything, a natural match for lighter items like fish or chicken or vegetables, but I'm not going to stop you if you want to puddle it under a pork chop, either. It's perfectly lovely in its purest form, but the other reason to love beurre blanc is how it behaves as a canvas for any number of flavors you want to throw at it.

Since it's so simple -- really just a reduction of something tasty and tart with a bunch of butter whisked in -- you can modify it easily and drastically by changing up the reduction, or adding different flavorings at the end. Use red wine and a little stock in the reduction instead of white for a heartier sauce. (Red wine actually makes a traditional variant called, appropriately, beurre rouge.) Use something altogether other than wine -- fruit juices mixed with a really nice aged vinegar, for example. (One of my favorite versions, one that brings out the applause, uses apple cider for the reduction.) Or, say, vinegar darkened with soy sauce and sparked with chile paste. Or, to finish the sauce, shower it with herbs. To go in the other direction, give it a little funk by stirring in a tiny bit of mashed anchovy. Or go nuts with your spice cabinet. You get what I'm saying here.

Makes about a pint, which goes a long way (it will probably serve 8 to 12). Feel free to cut this in half, but much less than that becomes a little hard to control because you won't have much liquid to work with.

Holding this sauce is a tiny bit tricky, since keeping it over a flame will break it, and letting it cool completely to room temperature will break it. Usually I'll just keep it on an unused burner on the stove, and the warm air around it as other burners are going will keep it just right. Give it a whisk once in a while to make sure it's still smooth.

Note: If your sauce does break because it's gotten too hot, all is not lost. Pour off the butter that looks oily, and whisk in a splash — say, a teaspoon — of cold water and some more cold butter pieces. It should look like it's coming back together, at which point you can try to reintroduce the poured-off molten butter. Do so carefully, and if it starts to look like the sauce isn't taking it, stop. Don't force it. It won't play well if you do.

If it's gotten too cold and solidified and broken that way, then try chilling it until cold in the fridge. Cut it into small chunks, and whisk it into heavy cream that you've reduced by half.