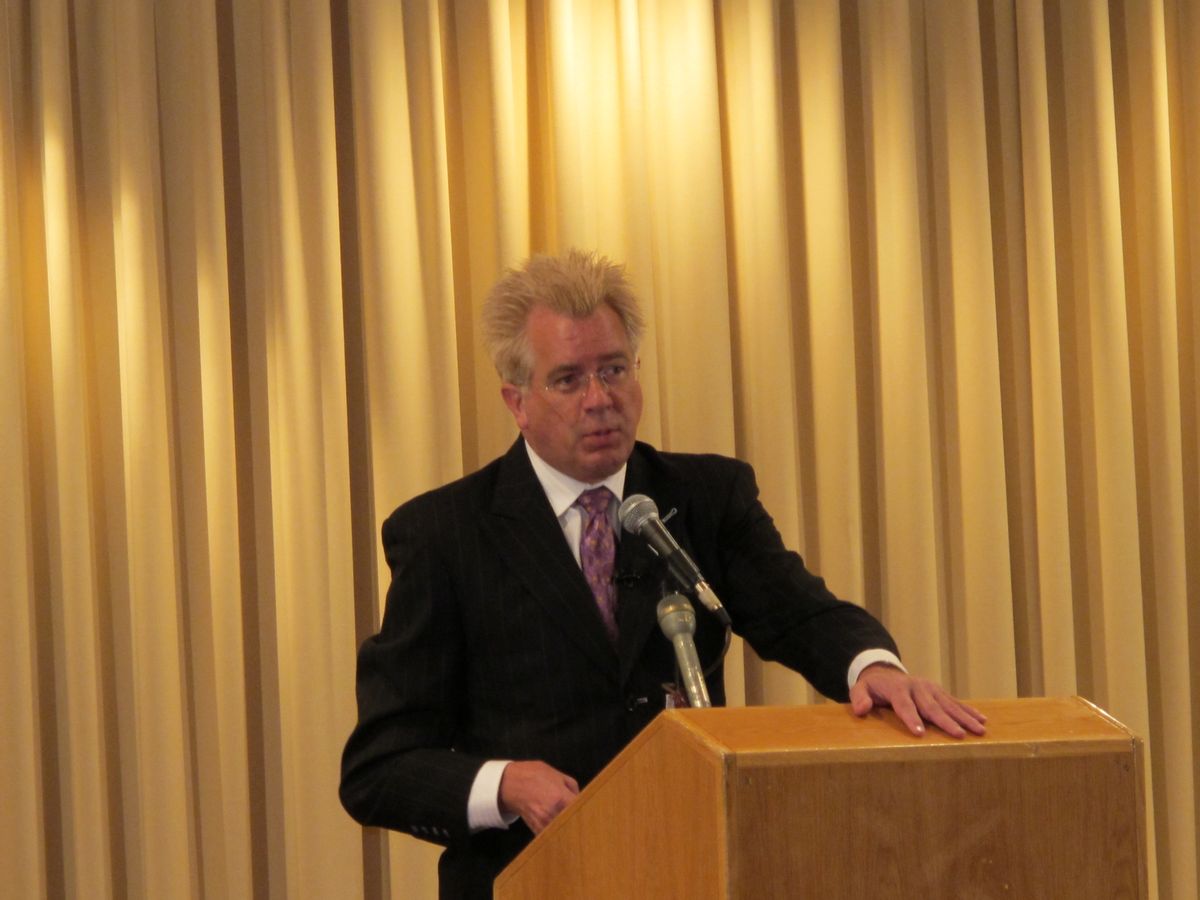 Pastor Bill Keller preaching at the Marriott near ground zero
--

(UPDATED) To an audience of about 50 people -- fully half of whom were members of the press -- Pastor Bill Keller launched his 9-11 Christian Center at ground zero this morning with a fiery sermon targeting Muslims and Mormons as hell-bound followers of false faiths. Keller took aim in particular at Glenn Beck, a Mormon, and Imam Rauf, the organizer of the Park51 Islamic community center.

Keller, an extremist Internet evangelist from Florida, spoke at a drab ballroom of the Marriott hotel two blocks south of ground zero for the launch of his Christian Center, a response to Park51. He told the audience, which included a couple of 9/11 Truther protesters, that he is scouting three possible locations for a permanent church.

Keller regularly assails Muslims as pedophiles and attacks Mormons and gay people. But his church has drawn no objections from opponents of the mosque who have consistently argued that the neighborhood around ground zero is sacred ground. Keller also has a history of trying to profit off of political controversies; last year, for example, he hosted a Birther infomercial.

The service was punctuated by gospel singing and a testimonial from a volunteer firefighter who was a first reponder on Sept. 11. Despite the small turnout, the service attracted journalists from the New York Times, the New York Post, AOL, Newsweek, Dutch television and the Spanish newspaper El Mundo, among others.

Playing to the press, Keller said several times he is not a "hate-monger" while also repeatedly calling Islam a "1,400-year-old lie."

Below is a sample of Keller's sermon, in which he goes after Beck and Rauf.

UPDATE: And here is video of me interviewing Vincent Forras, a onetime Republican Senate candidate in Connecticut and a volunteer firefighter. Before Keller's sermon, Forras spoke about his experiences on Sept. 11. He told me he considers the 9/11 Christian Center "a story of love out of tragedy."