Butcher-shop fashions have been around for decades. Has the trend-setting singer run out of fashion ideas? 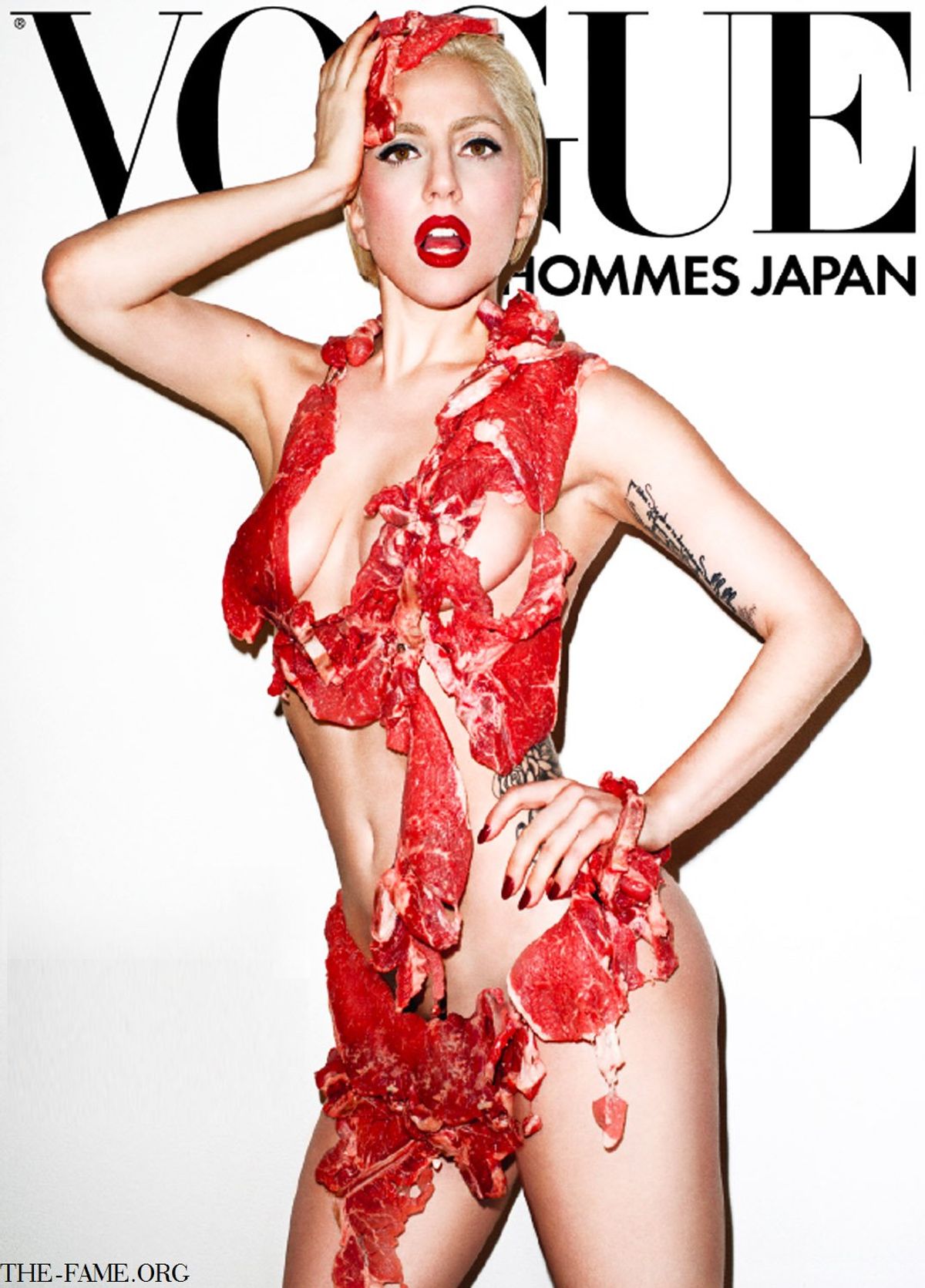 It's the latest in a long line of jaw-dropping outfits for Gaga. Always pushing the sartorial envelope, she's worn every style and accessory you could think of -- and almost everything you couldn't even imagine. No one pulls off futuristic bubble-wrap or bondage mistress or nude quite as seamlessly as the recently minted Queen of Twitter.

But is sirloin such a great look for her? And besides, raw meat is sooooo last decade.

In a 2008 episode, Tyra Banks' "America's Next Top Model" had contestants cover their racks with racks of lamb and use Kobe beef as underwear -- a metaphor, Banks explained, for how women are treated in the industry. The gimmick was no doubt inspired by Ann Simonton, model-turned-feminist, who pushed a similar message at the 1982 Miss California Pageant in Santa Cruz, sporting a dress of meat cutlets. And let's not forget the ingenious "Bacon Bra," which has been around for years.

Meat as fashion is old news.  Which makes the swimsuit of raw animal carcass a fashion faux-pas by the typically avant-garde Lady Gaga.

Has she finally run out of ideas?  Next thing you know, we'll see Lady Gaga with feathered hair, wearing chunky Doc Martens and a Members Only jacket.