I sat in the doctor's office, waiting to hear the news. She looked down and gave a faint smile 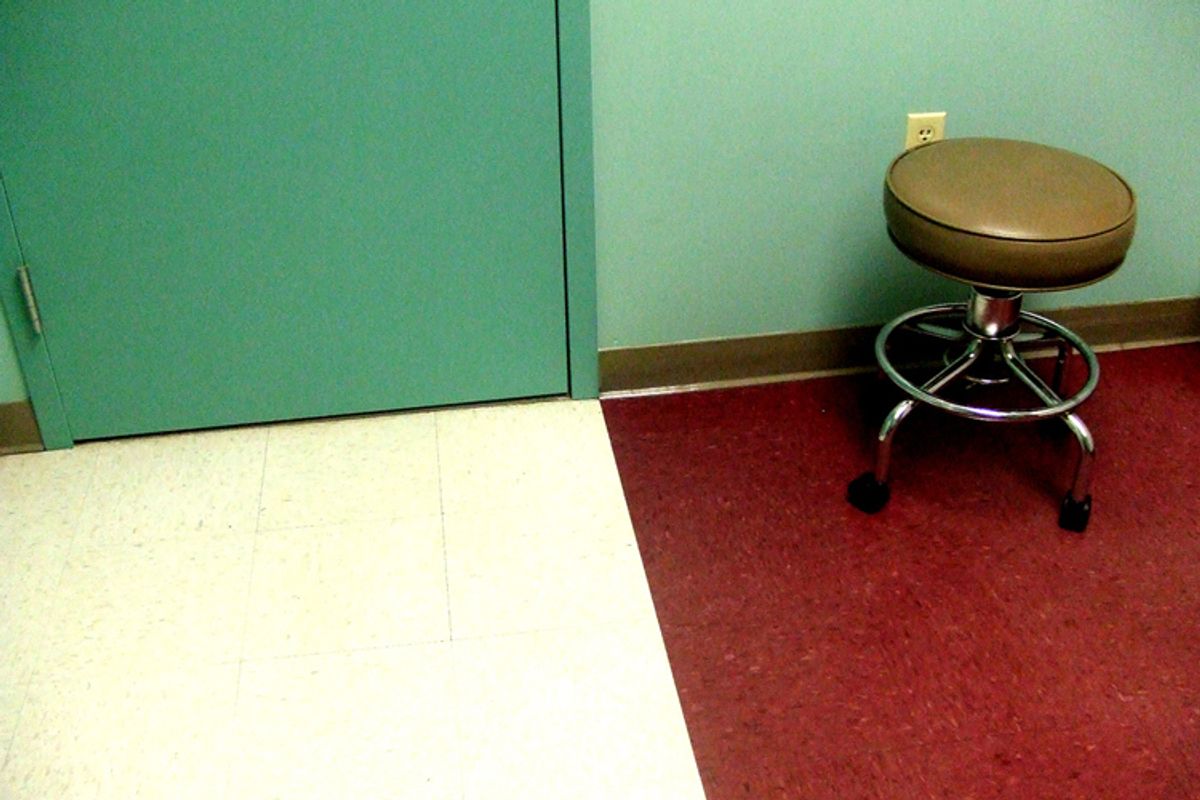 It's a rough moment when you add Sloan-Kettering's number to your contact list. It's pretty hardcore when you show a man the fragile, pink tonsure where your red hair used to be, and he takes a deep breath and understatedly tells you, "That's intense." And it's an inauspicious start to the day when your child casually asks across the breakfast table, "So are you going to get better, or are you going to die?" I am so, so lucky.

A month ago, I received the surprising news that the stubborn little scab on my head was in fact a malignant melanoma. What followed was a whirlwind of doctor's appointments, three surgical procedures, one infection, an agonizing amount of suspense and the most astonishing outpouring of support imaginable. It culminated last Thursday, as I sat across from my oncologist, making the world's most pitiful stab at being brave while I waited for her to tell me the results of all my surgery and biopsies and lab results. "Don't tell me what stage my cancer is," I implored tearfully. "Just tell me what we need to do next." She looked down at her clipboard and gave the slightest of smiles. "Then I suppose you don't want to know your lymph nodes are clean?" she asked. I could have kissed her. I may have.

So I am spared for now the boring inconvenience of chemo and radiation that I had been all but promised mere weeks ago. I have, apparently, defied expectations of a woman with a melanoma as impressive as that little number on my scalp. I feel pretty good. But if there's one thing I've learned in recent years, it's that no matter how confident you feel, you don't stand on the deck with the words "Mission Accomplished" behind you under any circumstances. I know this is not over. Next week I will meet with a new team, my immunologists, to discuss clinical trials and drug treatment options. The week after that, I have another appointment with my oncologist. And so it will go for, I suppose, ever, until this thing kills me or I get hit by a truck, whichever comes first. Yet when my friend Kristin asked if it was OK to pop open a bottle of champagne, I told her, absolutely. Full victory may be a rare event, but every day gives us something to celebrate.

Despite the incredible good news, the last few weeks have not exactly been the end-of-summer romp I'd bargained for back in early August. Instead, a year to the day after my friend Ali killed herself, I found myself sitting in an exam room, an oncologist poking around my throat. I watched her draw a neat, remarkably precise and unnervingly large circle on a blank piece of paper as she informed me how much of the top of my head would need to come off in just a few days. It seems almost funny now, in its way -- Ali and I always had so much in common. Yet there I was on the anniversary of her death, bargaining my ass off to stay in a world she was so eager to depart.

Everything since has gone pretty splendidly: The operation was by all accounts a success, and despite a few vividly unpleasant setbacks, the skin graft is healing. It's still been a wild ride of recovery nonetheless. One late afternoon a few nights after surgery, I awoke from a fitful nap, sobbing in pain. The bright red, playing-card-size chunk of my thigh that had sacrificed itself in the graft was throbbing, and the Percocet I'd taken hours before had long worn off. My head was still swaddled in bandages and topped with a jaunty, crudely fashioned mesh cap, making me resemble a cross between Little Edie Beale and a Keebler Elf. Underneath was a thickly matted tangle of hair and dried blood. The acrid scent of it drifted down to my nostrils, burning a permanent place into my sense memory. A few nights after that, I absently touched my neck where my lymph nodes were biopsied and launched into a full-scale, hyperventilating, room-going-black anxiety attack. Was I touching a neck tender from a procedure, or swollen with tumors? It didn't matter; I was too far gone to figure it out.

On the reassuring follow-up doctor's visit, the nurse snipped off a layer of protective bandaging that had been sewn onto my skin. I felt stitches pulling and then watched a discarded patch tossed onto a silver tray. It was deep crimson, ringed with spiky black threads like the hairs on a spider's legs.

After my nurse took off the dressings, she led me gently to the mirror to show me the sewn-up empty place where my hair used to be. My scorched earth. My disaster area. It's intense, all right. I'm thinking of building a mosque a few inches away. There is also still a stippled gash along the curve of my jaw line, where lymph nodes were removed for biopsy. And that red square of a donor site on my thigh is a doozy. I am these days the very epitome of the phrase "damaged goods." But that's the price of the ticket, and this freak might yet live to see her kids' high school graduations.

It's hard to look at myself now, to see only a vestige of the woman I was before the phone rang at 10:15 on the morning of Aug. 11. That woman is gone for good, and I miss her terrifically. But she is as much a thing of the past as the woman I was when I was 19 and the one I was before I had children. That's life. It changes us -- sometimes in the slow "acquiring pearls of insight" way and sometimes in the abrupt "hit you in the head with some cancer" way. And the best any of us can do is make peace with the person we are today.

Two weeks after my surgery, I sat in a beautiful restaurant in Tribeca with my friend Rob. Aside from being the person most likely to make me laugh until milk comes out of my nose, Rob is also my top candidate for the guy with the most cataclysmic recent history of anyone I know. "For a long time, I was waiting for my life to go back to normal," he said. "And then I realized, this is my life. So this is my normal." Rob is very wise.

Few among us have the luxury of breezing through the mortal coil unscathed. I still can't go for a run, a pleasure that has been a daily part of my life for years. I can't hoist my 6-year-old into my arms. Most cruelly of all, I can't touch up my roots. But I will do all those things again, though, and soon, just as surely as I will take experimental drugs and become a familiar face around the third floor of Sloan-Kettering. Welcome to my new normal.

The morning I headed off for my results, I hugged my daughters and told them, "Keep your fingers crossed." "Don't cross your fingers," the younger one replied. "Just hope." And then she threw her little arms around me and said, "Don't worry, Mom, the worst is over." I want to believe she's right. And though the blissfully pre-cancer me is -- like that 5-centimeter circle on my scalp -- forever eradicated, when I look in the mirror I see a woman who's experienced more love and kindness and generosity in the past four weeks than many people get in a lifetime. And every time I look at that ravaged head of mine, I don't just notice wounds that still ache. I see the place where they took away my cancer.