Job discrimination claims by Muslims on the rise

Complaints to the EEOC have more than doubled in the past five years. Does it signal increased Islamophobia? 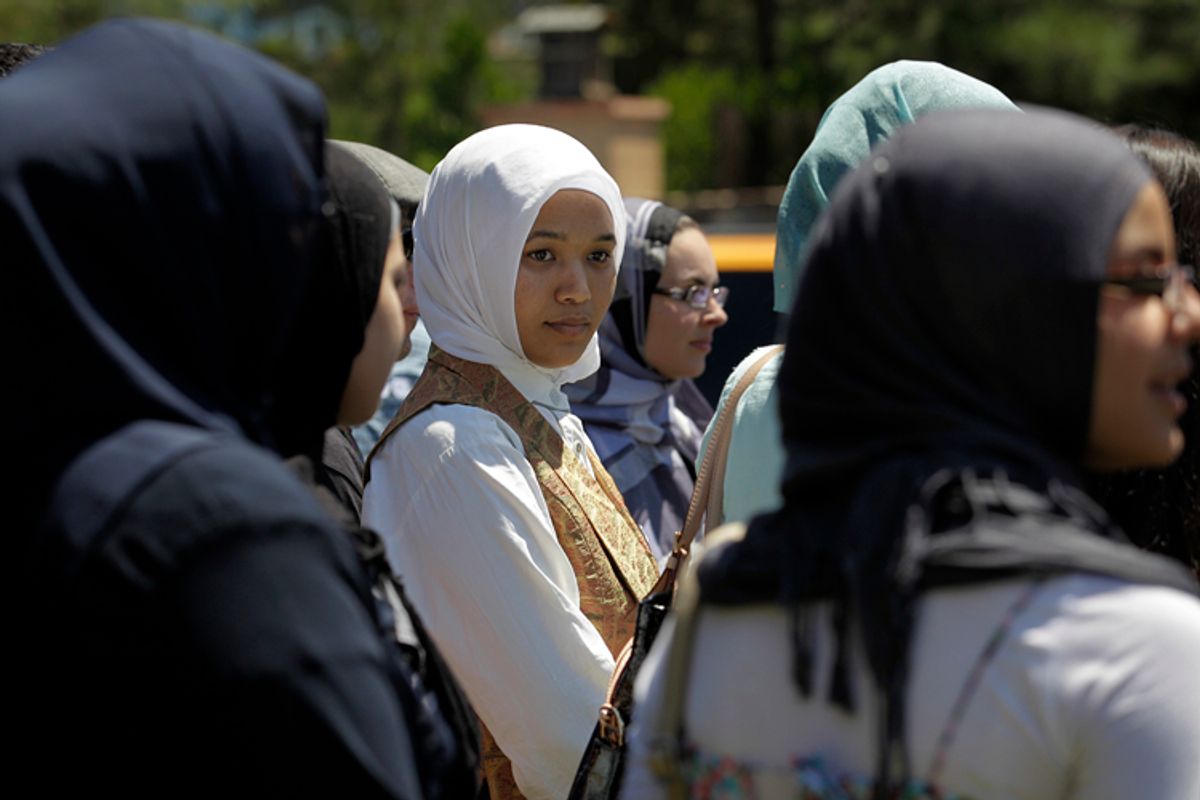 Allegations of employment discrimination by Muslim-Americans are on the rise, with the number of annual complaints more than doubling since 2004, according to data compiled by the Equal Employment Opportunity Commission.

In 2009, the EEOC, which enforces federal employment discrimination laws, received 1,490 complaints from Muslims, the fifth straight year that the number of complaints rose. The trend could reflect a rise in Islamophobia in the workplace or an increased willingness on the part of Muslims to report discrimination -- or both.

The increase in complaints is particularly jarring when you consider that, after spiking in the immediate aftermath of 9/11, employment discrimination claims by Muslims actually declined significantly. In 2000, the last full year before 9/11, the EEOC received 557 allegations involving Muslims, a number that soared to 1,463 in 2002, the first full year after 9/11. Complaints then declined significantly, plummeting to just 697 in 2004 -- only to begin rising again in 2005. The 2009 total is the highest yet.

That same trend is evident in the number of employees who have lodged formal charges of anti-Muslim discrimination against their employers -- a step that requires employees to sign an official statement and that compels the EEOC to launch an investigation and, if necessary, to take legal action. There were 803 such cases in 2009, up from 504 in 2004 -- and higher than the 720 recorded in 2002.

There is no data available for the number of investigations conducted by the EEOC that resulted in charges being filed against employers, or in settlements. Recently, though, the EEOC did take legal action against meatpacking plants in Colorado and Nebraska, alleging that, among other indignities, Muslim workers had blood and meat parts thrown at them.

An EEOC spokesman, James Ryan, wouldn't speculate about why the number of complaints is rising. "It's often difficult to explain why certain types of discrimination go up and down during certain times or circumstances. Sometimes the probable cause is apparent; at other times it's an educated guess," he said.

"For example, when the economy gets tight, certain types of discrimination tend to rise. The bottom line is that employment discrimination is unlawful, and the EEOC will continue to combat it, whatever the reasons for it might be."