The Alaskan television personality and the popular gold salesman 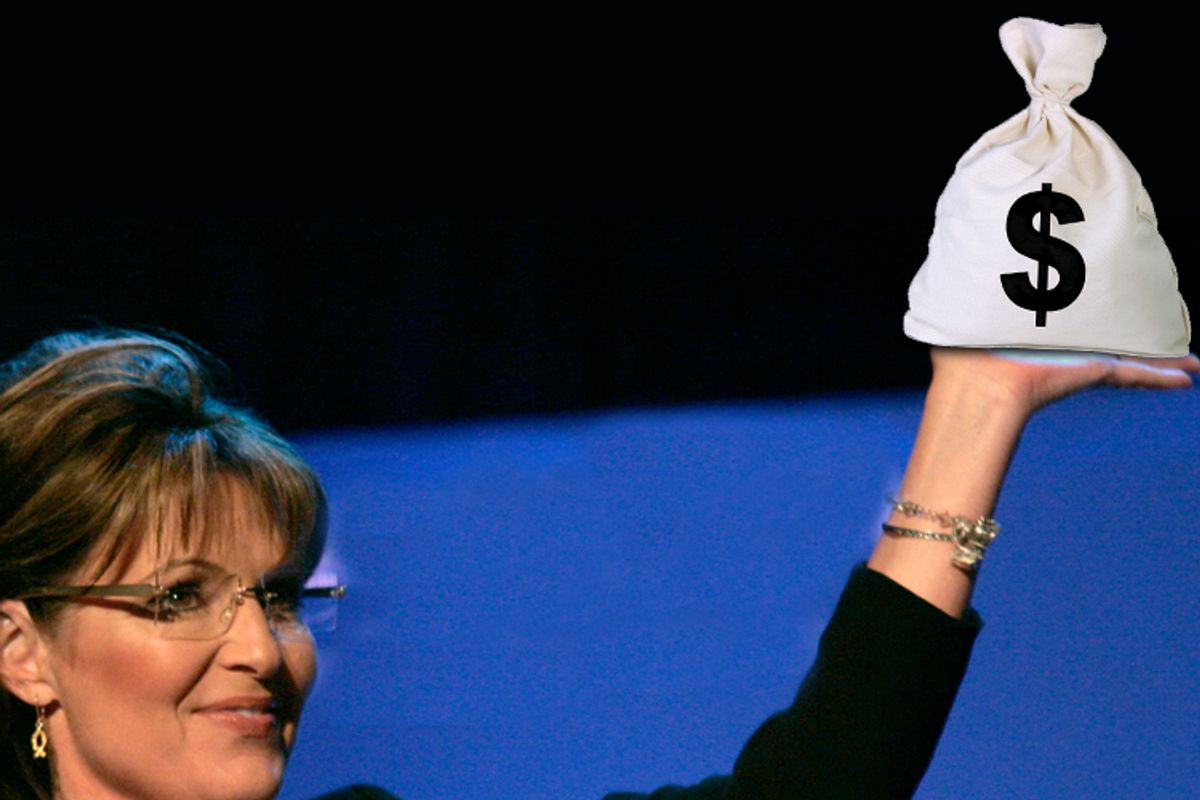 How much money are you making this 9/11? Sarah Palin and Glenn Beck are probably earning a lot more. Tickets for their special show in Alaska (which I am guessing are still available, because most of the 300 people in Alaska are surely sick of Sarah Palin, right?) are on sale for between $73 and $225.

To be fair, the $225 tickets include a "meet & greet." The most expensive ticket without the "meet & greet" is $130, which means that meeting Sarah Palin and Glenn Beck is worth precisely $95, according to the Free Market.

Where will this money go? To the troops? Probably not, but let's not rule that one out, in case these two again decide to use The Troops to insulate themselves from criticisms for their utter shamelessness.

"We can count on Glenn to make the night interesting and inspiring, and I can think of no better way to commemorate 9/11 than to gather with patriots who will 'never forget.' Hope to see you there!"

You may think a weeping scam artist and a failed stunt candidate "commemorating" an awful, tragic event that has nothing to do with them is annoying enough, even before it involves ripping off marks, but you have probably "forgotten" how you felt that day, before you had ever even heard of either of these two depraved grifters.

I found a secret video clip of Palin rehearsing her 9/11 speech: