As I watch other victims argue over Park51, I feel like reporters turned us into the experts we never were 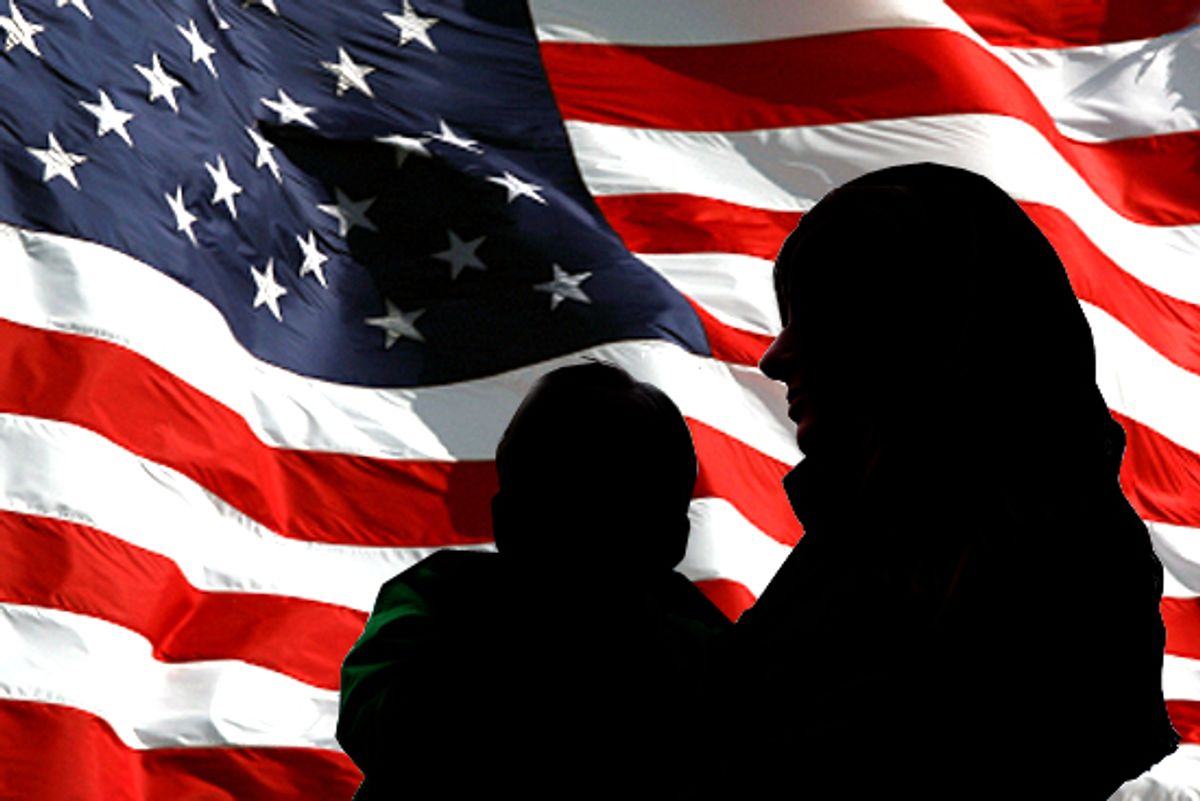 The first time I heard about the Park51 Islamic community center was on May 6, 2010, when I received the following e-mail from a New York TV reporter:

"I'm doing story today about the proposed mosque project at the WTC site. I am interviewing the developers but I am also trying to look for family members who think building a mosque at the site is a bad idea."

"Bad idea" -- that was a bit leading, wasn't it? I always thought journalists were supposed to be objective, and yet, here we were, the "victims of 9/11," being prodded for our outrage. An hour later, another e-mail arrived, this time from CNN. The language was more measured: "As a family member of someone who was killed in the attacks on 9/11, what do you think about the decision to construct a mosque this close to Ground Zero?"

These e-mails came through the "9/11 List-Serv," which community activist Arnie Korotkin has voluntarily maintained since September 2001, sending 5,000+ subscribers daily articles and news updates related to 9/11. There are also media requests, which come clearly marked as such. The listserv has evolved and expanded over the years, vastly simplifying the media process from those chaotic days right after 9/11, when journalists hunted us down. In October 2001, journalists contacted my Lamaze teacher at Beth Israel Hospital, hoping she'd refer them to a pregnant 9/11 widow who would allow them to televise her fatherless child's birth.

I ignored that request. And this one, too.

What did I think about the decision to construct a "mosque" this close to ground zero? I thought it was a no-brainer. Of course it should be built there. I sometimes wonder if those people fighting so passionately against Park51 can fathom the diversity of those who died at ground zero. Do we think no Muslims died in the towers? My husband, Eddie Torres, killed on his second day of work at Cantor Fitzgerald while I was pregnant with our first child, was a dark-skinned Latino, often mistaken for Pakistani, who came here illegally from Colombia. How did "9/11 victim" become sloppy shorthand for "white Christian"? I wish someone would put out a list of all the ethnicities and religions and countries and economic levels of the victims. For all the talk of "remembering 9/11," I wonder if we've missed the patriotic message entirely. So, in short: No, I did not think it was "a bad idea."

But plenty of those 5,000+ subscribers did. And over the next four months, I saw the story spun into a national controversy, in which many of my fellow 9/11 victims played a leading role. E-mails poured in from newspapers and magazines and TV stations asking us to speak up, and we did: 9/11 victims came forward to argue for Park51, against Park51 -- always referred to in that maddening, misleading shorthand "ground zero mosque." Whether it was an evenhanded article (like Newsweek's piece in which two mothers of firefighters shared their conflicting opinions) or any of the frustrating one-sided reports I've cringed over, it was hard to deny a whiff of Jerry Springer about this: All of us, in so much pain, duking it out in the public sphere. I felt saddened, confused. It used to be so meaningful to hear a victim's voice. To listen to someone speak out. Nine years later, as I watched this spectacle unfold, 9/11 victim pitted against 9/11 victim, I had to wonder: Was it still?

Right after my husband died, grief constricted my throat; I couldn't speak. Everyone, everywhere, talked about what happened: The news told me who killed my husband, what recovery efforts were occurring, where I could get resources. Meanwhile, I was mute. I remember in those early days how much it meant to hear Rita Lasar, who lost her brother Abe Zelmanowitz in the attack (and who eventually helped found 9/11 Families for Peaceful Tomorrows), a lone voice on TV explaining why it was wrong to invade Afghanistan.

Eventually, I found my voice in a series of articles I wrote for Salon and, later, in a book. I was lucky; I had a platform that allowed me to be more than a color quote in someone's reported story. As a Peaceful Tomorrows member, I lobbied in Washington on the U.S. Patriot Act, immigration and Guantánamo Bay, and though I always felt embarrassed saying it, my status as a 9/11 family member opened doors: I spoke to high-level legislative aides, I met with actual representatives.

There is therapy in speaking up, in feeling that you are not simply small and helpless in these giant matters. Each issue presents a chance for small triumph inside an abyss of loss. Maybe we can get this even if we can never get what we really want. Because what we really want is still to have our loved ones back.

But here is what's been lost in this Park51 controversy: We are not experts, we are victims. We deserve to speak up, we need to speak up to acknowledge the pain and suffering, but we were never meant to be leaders in a national debate. Because the only thing we really know intimately is grief. The only thing we really know is what it feels like to lose a loved one in 9/11.

As we approach the ninth anniversary of the event that ripped open our lives, those 5,000+ people on Arnie Korotkin's listserv are more divided than ever. And I can't shake the feeling that the media has duped us. In trying to create a controversy where there is none, in raking over wounds that -- nine years later -- still hurt. As we continue to grieve on Sept. 11, many 9/11 organizers have called for a "cease-fire" in the controversy to respect all our dead. But even that isn't something we can agree on; some families will use the day to continue to protest.

But for or against Park51, who among us wants to see images of the towers about to be hit by a plane splayed on New York City buses, as right-wing blogger Pamela Geller's anti-"ground zero mosque" ad features? None of us needs craven gubernatorial candidate Rick Lazio, standing in front of a picture of the smoldering towers, saying that he speaks on behalf of the victims of 9/11.

At the end of the day, I am a mother trying to take care of my kid. I'm proud of how I've handled this topic, but the notion of a bus with the towers on it zipping around the city, randomly sideswiping my son and me, stirs up my PTSD.

My son and I haven't seen one yet, but if we do, I have my emergency plan ready. It's a spinoff of Punch Buggy, a game my son and I play. Whenever we see a Volkswagen on the street, we call out the car and the color and punch the other person in the arm. In our new game, if we spot one of those buses, whoever sees it first will get to yell out, "That's crap!"

My son is only learning the existence of so many things in this world, cuss words among them, and I get a kick out of him having the freedom to use a forbidden word in public when it's really called for. It can't fix what's really broken. But maybe, in a small way, it'll help him learn the value of speaking up.

Alissa Torres lives in New York City with her family. She has contributed articles about her 9/11 widowhood for Salon since January 2002. Her graphic novel memoir, "American Widow," was published by Villard/Random House (2008).

Alissa Torres lives in New York City with her family. Her graphic novel memoir, "American Widow," was published by Villard.