The push to recognize "birth rape" 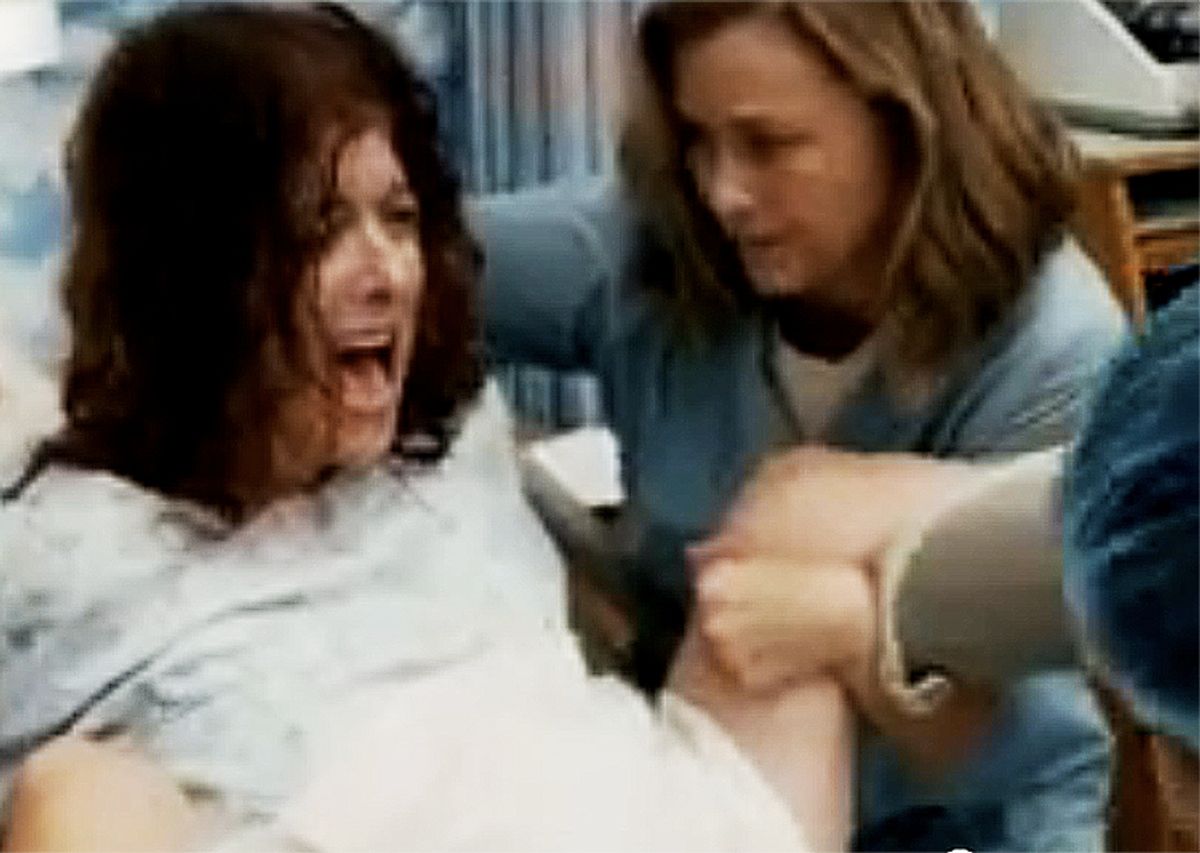 A screenshot from the birth scene in "The Women"
--

The trauma of birth is often dramatized to frightening effect (see the movie still above): screaming, swearing and threats of violence are standard. Now, a new movement is hoping to bring attention to birthing experiences that are even worse than these Hollywood renderings of labor. So awful, in fact, that they are calling it "birth rape."

Before you get any weird ideas: We aren't talking about anything resembling what you would typically think of as rape. The term is being used to describe cases where a woman feels that her rights are violated by doctors, nurses or midwives. The Sydney Morning Herald reports:

Some women who claim to have experienced birth rape describe incidents where doctors or midwives made belittling and degrading comments when they could not birth fast enough, stitching lacerations without anaesthetic and inserting catheters without warning. ... In this most vulnerable of positions women are at the mercy of their doctor or midwife. They cannot remove themselves from the situation.

Writer and activist Amity Reed adds, "Fingers, hands, suction cups, forceps, needles and scissors ... these are the tools of birth rape and they are wielded with as much force and as little consent as if a stranger grabbed a passer-by off the street and tied her up before having his way with her."

Far too many women are being subjected to this kind of medical mistreatment, and damn straight activists should be making noise about it. The experiences being described as "birth rape" are undoubtedly harrowing. How awful to feel so violated while giving birth. What a devastating way to have your child enter the world. Did I mention that it is profoundly, horribly and tremendously wrong? Because it is. But here's what it's not: rape. It is unbelievably horrific -- but it isn't rape, and the suggestion that it is seems like a violation in its own right.

Not to be all Debbie Downer, but there are countless ways to be abused and mistreated in life -- and that is true even just of modern medicine and our healthcare system. In a hospital setting, as your caretakers look after you, while also trying to protect the hospital from legal liability, it is easy to feel violated; and that's true whether you're giving birth or undergoing emergency surgery.

Earlier this year, Taffy Brodesser-Akner wrote a powerful essay for Salon about having a complicated birthing experience that was so terrifying and disempowering that it left her with PTSD. In her piece, she made mention of sexual assault and war, two "of the events we agree induce trauma, and therefore PTSD." These comparisons are apt within that framework -- but it would be no more accurate to conflate traumatic childbirth with war than with rape. These are very different experiences that can have very similar results. Similar results do not imply the same experience.