Why are Democrats terrified of taxing the rich? 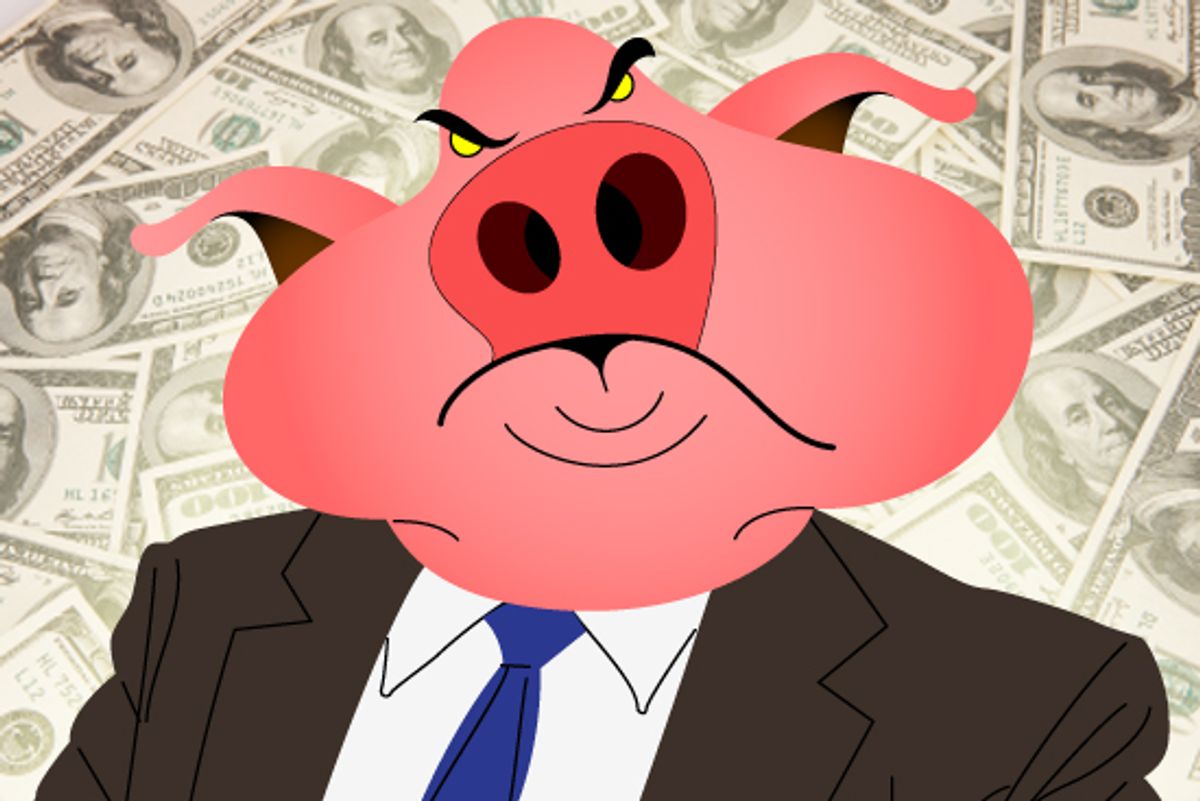 The worst and scariest thing in the world is the deficit, and before we do anything to help people without jobs, we must make sure it is "deficit-neutral," and also now is probably a good time to think about some long-term entitlement cuts. Also raising taxes during a recession is madness, and we must not do so, under any circumstances, even if it makes the deficit larger.

That is basically the official view of the mainstream political establishment, most of whom are, like 20-something idiots who claim to read the Economist and Michael Bloomberg, "socially liberal and fiscally conservative." ("Fiscally conservative" just means worrying about the deficit, a lot.)

That "mainstream" view permeates the supposedly non-ideological press, and members of the press tend to believe that America is made up of "independents" with similar beliefs.

In fact, most Americans are more or less the opposite. (Most conservatives get this!) When they claim to have a problem with government spending, or taxation, it is a problem with getting taxed and perceiving the spending as being done on someone else. What they would like is for the government to spend money on them, using money seized from the wealthy.

At least a dozen House Democrats, several Democratic candidates and four Democratic senators -- Evan Bayh of Indiana, Ben Nelson of Nebraska, Joe Lieberman of Connecticut and Kent Conrad of North Dakota -- have said they won't go along with the president's plan to allow the cuts to expire for the wealthiest Americans.

Part of the answer is that Joe Lieberman is a troll, pure and simple, while Ben Nelson and the rest believe that behaving like a Republican 50% of the time makes them moderates. And random House Democrats are both stupid and cowardly, and so they believe that they should openly announce that they are against something Obama and Reid and Pelosi are for, to prove their independence and bravery.

But it is not a particularly courageous political act to restore the top marginal tax rate on the wealthiest Americans to 90s levels.

Jon Chait adds that these people's worldviews are so warped by their bubbles of privilege that they don't understand that six figures doesn't qualify as struggling. Matt Yglesias blames media framing of deficit issues. Everyone is probably right.

But, honestly, the Democratic party no longer seriously represents working interests, in part because working interests aren't organized anymore, and because, you know, there's no elite approval or money in it.

I think if Democrats can't pass a soak-the-rich tax bill before the midterms, they should wait until after the midterms and pass their tax cuts-for-everybody bill, abandon all pretense at seriousness about anything, and allow Obama to veto it and let all the cuts expire, after the midterm damage has already been done. (Not that I expect that Obama would veto it.)

But once "moderate" Democrats cave on this, Democrats in general should stop hand-wringing about why they can't get their natural constituencies in the working poor and working class to come out and support them in midterms, and why working-class whites keep voting for Republicans. They're killing broadly popular liberal agenda items like raising taxes on the rich and the public option -- based on a "fear" of government overreach limited to anti-liberal elites -- so that they can pursue "necessary" measures -- popular solely among said anti-liberal elites -- like austerity cuts to Social Security and reigning in the deficit by cutting back on government spending in the middle of a job crisis.